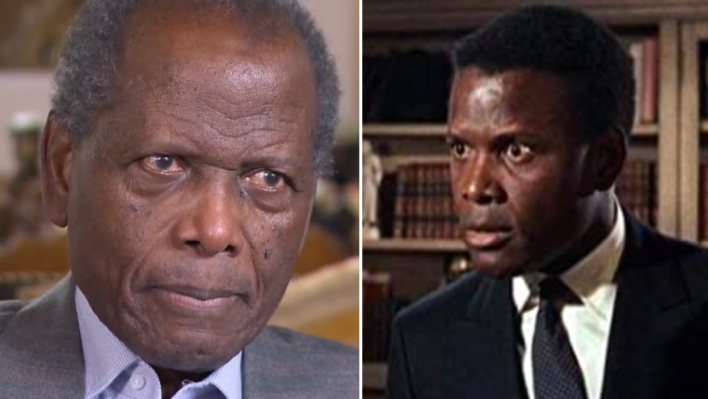 It’s been a year since the world lost legendary actor, director, and civil rights activist Sidney Poitier. He died at the age of 94.

There’s no doubt that he lived an amazing life; a multi-award-winning actor, he broke down barriers as the first Black man to ever win an academy award. He is credited for being instrumental in the diversity of Hollywood and for paving the way for black actors following in his footsteps.

And while he is famous for his iconic acting career he never would have gotten there without the help of an elderly Jewish waiter.

A Chance Encounter Changed His Life

Sidney Poitier may have become one of the biggest stars in Hollywood, but he didn’t always live a life of privilege.

Poitier, who grew up in poverty in the Bahamas, struggled with illiteracy for much of his childhood. He only attended school for two years.

At the age of sixteen, he moved to New York City to pursue his dream of acting. However, his inability to read scripts nearly tabled his dream for good.

It was while he was working as a dishwasher at a local restaurant that he met the man who would turn his life around.

In an interview with CBS Morning Show’s Lesley Stahl, Poitier tearfully recalls the man who made all the difference.

After a “disastrous audition” with the American Negro Theater in Harlem, Poitier’s luck took a turn for the better.

“One of the waiters, a Jewish guy, elderly man…I had a newspaper and he walked over to me and he looked at me and he said, ‘What’s new in the paper?’ And I looked up at this man and I said to him, ‘I can’t tell you what’s up in the paper because I can’t read very well.’ He said, ‘Let me ask you something, would you like me to read with you?’ I said to him, ‘Yes if you like.'”

It was just the beginning. Every night, after the restaurant closed, the man sat and read with Poitier. EVERY.NIGHT.

RELATED: Why We Need to Talk About the Tragic Death of tWitch, The “Ellen” DJ Who Seemingly Had It All

Week after week he taught Poitier to read. He taught him punctuation and syllables. What a comma is and why it exists, what periods are, and what colons and dashes are. “He would teach me that there are syllables and how to differentiate them in a single word and consequently, learn how to pronounce them. Every night.”

“And then, things began to happen.”

Poitier went on to become one of the most accomplished actors of his generation, starting with a role with the American Negro Theatre. The very place he failed his first audition. He starred in over 50 films. He won numerous acting awards, was knighted by Queen Elizabeth II and was awarded the Presidential Medal of Freedom.

He truly lived a wonderful life.

One of Sidney Poitier’s Greatest Regrets

Even with all of his success, he still had one regret. He never got to say thank you to the man who changed his life.

“One of my great regrets in life is that I went on to be a very successful actor, and one day I tried to find him, but it was too late, and I regret that I never had the opportunity to really thank him.”

RELATED: The Tragic Downfall of Ezra Miller: How to Cope When Your Heroes Become Villains

Sidney Poitier once shared in an interview that he was born 3 months premature and it was uncertain whether he would survive. While his father purchased a tiny casket, his mother refused to accept it. She visited a soothsayer, a fortune teller. The woman told his mother that her son would survive. And he would walk with kings.

“I will walk with kings. I will be rich and famous. I don’t know about that. But she said so. Everything that she said to my mom, it’s amazing. Everything came true. I still don’t have a fix on it, but I do believe that there are forces in nature that we don’t understand, and probably never will, that have influences on our lives that defy understanding.”

Who knows why an elderly Jewish waiter took it upon himself to help a poor, illiterate boy. Was it fate? A force of nature? Or mere circumstance? Whatever it was, one man’s act of kindness undoubtedly changed young Poitier’s life.

Not only did he teach Poitier to read. He gave him the wings to soar.