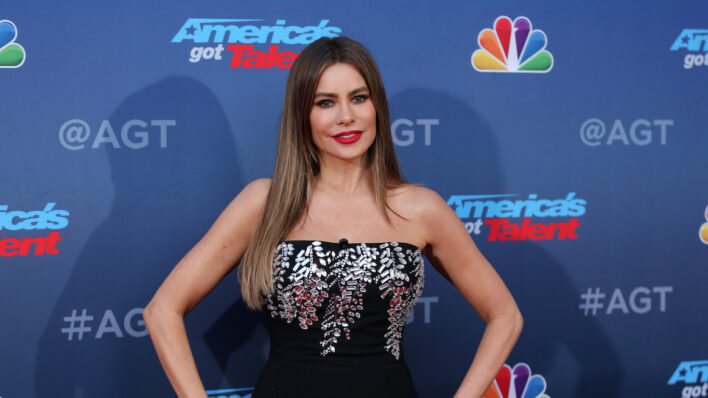 Sofia Vergara’s life seems above-and-beyond charmed. But the reality is that her rise to fame has been filled with tragedy and loss.
By Maya Khamala    November 12, 2020

Sofia Vergara’s life seems above-and-beyond charmed. But the reality is that her rise to fame has been filled with tragedy and loss.

In our era of endless online representation, it can be easy to feel like some people just ‘have it all.’ Celebrities in particular, often seem to have been born into lavish wealth, abundance, and good looks. But here’s the kicker: if we read the fine print on anyone’s life, no matter how glorious and glamorous it may appear, we quickly learn that appearances can be very deceiving.

The fact is, some of the world’s most successful people have been to hell and back. Take Sofia Vergera. This 48-year-old Columbian-American bombshell is a voluptuous natural blonde who will likely continue to turn heads well into her old age. While many of us know her best from her role on Modern Family, she’s also a producer, model and businesswoman, and is the highest paid actress in American television—no small feat! And, let’s not even get started on her love life: her husband, actor Joe Manganiello is a knock-‘em-dead heartthrob to say the very least.

In short, Vergara’s life seems above-and-beyond charmed. But the reality is that her rise to fame has been filled with tragedy and loss.

Vergara was one of six children born to a housewife and a cattle farmer in Barranquilla, Colombia. Although she was scouted for a hit Pepsi ad at 17, she forsook the spotlight at the time, choosing instead to study dentistry. Then, she married her childhood sweetheart, José “Joe” Gonzalez, and a year later, at 20 years old, she gave birth to their son, Manolo. The next year, the couple divorced, however, and Vergara dropped out of dental school, moving to Bogotá with her son where she was soon doing well as a model, and starring in a telenovela.

In spite of Vergara’s success in Colombia, in 1994 when she was asked to host a travel show based in Miami, she immediately took it. She’d become wary of gang violence in her native country and saw the new job as an opportunity to give her son a better life.

Her years of struggle and sacrifice

In 1998, four years after she moved to the US, Vergera’s older brother Rafael, 27, was murdered in their hometown. “We come from a successful family, and he knew he was a target for kidnapping,” she said.

He always had bodyguards. Then one day he went out alone and was shot dead [in a kidnapping attempt gone wrong]. I was devastated.

Devastated though she was, her brother’s murder inspired Vergera to move the rest of her family to Miami. “I wanted to be with them. So I got a big house and we all lived together,” she said.

The trouble wasn’t over, however, as over the next decade, her younger brother Julio battled substance abuse issues that resulted in about 30 arrests and, finally, his deportation back to Colombia in 2011. “To see somebody dying over 10 years, little by little, that’s the worst punishment. Now he’s like another person,” Vergara has said.

Vergera’s resilient attitude may just be the key to both her success and her survival, as just two years after her older brother’s death, she was diagnosed with thyroid cancer at the age of 28. “I felt totally healthy, and suddenly they tell me I have cancer?” she recalls. “I was scared.”

Luckily, the cancer was caught early, and she managed to beat it by undergoing surgical thyroid removal and iodine radiation. “I felt no symptoms, so I was skeptical about having my thyroid gland removed. Plus, the surgery is dangerous. If the doctor makes a mistake, you can lose your speech, or the mobility in your face. But I did it,” she says.

To add to all the struggles with her family and her health that Vergara went through in her 20s and 30s, she also raised her son as a single mom.

When she and her son moved to Miami from Columbia, she says, “I was 22, a single mother, and I packed up everything I had, which was very little but really my whole life.”

Having to make it on her own, however, turned out to be a great motivator for Vergara. “I was a single mother very early, and what made me wake up every day, what made me be responsible, was that I had the motivation that I needed to make money, to give my son all the things that I thought that he needed,” she said.

She worked so that her son could have good healthcare, a college education, and experiences abroad. “She had her career and she still managed to raise me at the same time,” Manolo, now 27, has said. Today, Vergara and her son remain very close.

When people compliment me on him, on how well mannered, how charming, funny, and well-behaved he is, it makes all the sacrifices worthwhile.

How years of rocky romance led to a happy marriage

The same year Vergara received her cancer diagnosis, her then boyfriend, Chris Paciello (a mobster that operated with the support of the Bonanno crime family), was charged with the murder of a Staten Island woman in a botched robbery. Although the couple ended up going their separate ways, Vergara’s attraction to “bad boys” hadn’t waned—some habits die hard! In 2004, she reportedly had a fling with former Colombian drug lord Andrés López López. In short, even throughout the relationships that followed (including an engagement to businessman Nick Loeb), Vergara’s love life was rocky at best, leading her from one heartbreak to another.

Sofia met her husband, Joe Manganiello, five years her junior, when she was already 42. They were both attending the 2014 White House Correspondent’s Dinner, and she was still with Loeb at the time. Not long after the dinner, when it became public knowledge that Vergara had called off her engagement, Manganiello wasted no time asking her Modern Family costar, Jesse Tyler Ferguson for her number.

As the story goes, he’d had a crush on her for a long time. The rest is history: they’re famously happy together, and Manganiello is a proud step-dad to Manolo. Moral of the story: no matter how sordid our past track record is when it comes to romance, we really can learn to make better choices in love.

Building a beautiful life, against the odds

Throughout it all, Sofia Vergara has stuck the course and done everything in her power to better the lives of herself and her family. In spite of the very real struggles she went through as a single working mom, a grieving sister, and a cancer patient, she managed to provide for her son, succeed beyond expectations in her career, and find love, at long last.

“She has never forgotten who she is,” says photographer Manny Hernandez, who has known Vergera for 20+ years. “She’s very loyal and has the same manager who’s been with her since the start.” Perhaps that’s the trick to success against all odds: not forgetting where you come from, and trying to help those you love rise up with you.