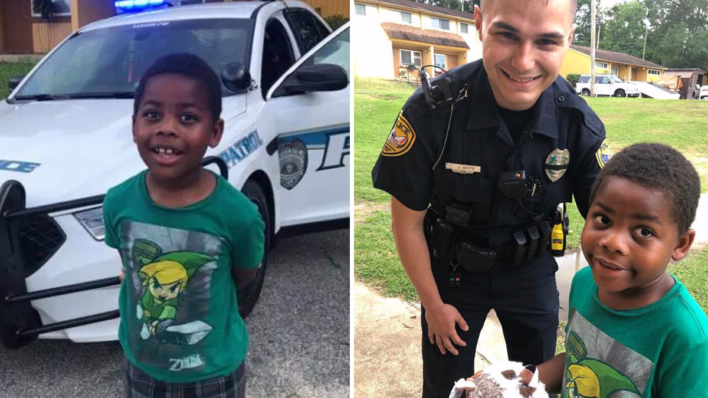 After calling the emergency services line because he was lonely, one young boy learns an amazing lesson.
By Sophie Babinski    May 1, 2022

After calling the emergency services line because he was lonely, one young boy learns an amazing lesson.

Loneliness is a feeling that is familiar to all of us, no matter how old we are. We sometimes have family and friends to turn to in times of sadness, but other times there is nobody.

In these situations, we can feel lost. However, one 6-year-old boy in Florida turned to an unlikely source for his feelings and created a great teachable moment.

Officer Joe White of the Tallahassee Police Department was working his shift one Tuesday when he got an emergency call from a six-year-old boy who confided in the officer that he was feeling lonely and was reaching out on the one number he knew by heart – 911.

Instead of being frustrated with the young boy over calling 911 for a non-emergency, Officer White decided to take the opportunity to create a special moment.

Officer White went to go see the young boy. He continued to explain to him that 911 was only for emergencies – situations where someone needs help right away from either the police, the ambulance, or the fire department. While Officer White explained all of this to his new friend, he allowed the boy to sit in his patrol car, and turned the lights on.

RELATED: Police Officer Immediately Realizes Something Is Wrong After He Asks Woman With 4 Children To Pull Over

The young boy was thrilled. What had started as a lonely and sad day for him had turned into both an exciting and educational experience. The police department posted the story on their social media channels where it went viral. The whole episode touched many people’s hearts.

Then Officer White said he’d always be a friend! The young man got a stuffed animal, got to sit in the patrol car and got to spend some time with Officer White! We have a new friend!

How Converting Mistakes Into Teachable Moments Can Be Valuable Lessons

It is common knowledge (for us adults anyway) that emergency lines are strictly for emergencies only. In fact, we know that calling for non-emergencies can have serious consequences, including steep fines. However, Officer White chose not to punish his new young friend. Instead, he decided to make it a teachable moment.

RELATED: Bank Calls Police On 92-Year-Old For Creating Disturbance – Officer Leads Him Away And Reacts Unexpectedly

This is something we could all learn from – there are occasions when we get frustrated or upset because people, without any malicious intent, do something they shouldn’t. We can either lash out, or as Officer White did, use the experience to teach an important lesson. In fact, this story is a teachable moment for all of us!