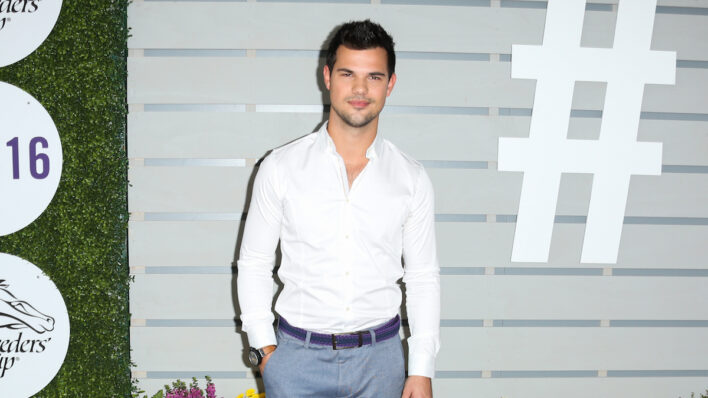 What Happened to Taylor Lautner? The Twilight Heartthrob Who Disappeared Overnight

He had been the biggest teen idol in his day, sending thousands into a screaming frenzy everywhere he went. However, the moment the franchise ended, he found himself struggling to get back into the game.
By Shaoni Das    February 9, 2022

He had been the biggest teen idol in his day, sending thousands into a screaming frenzy everywhere he went. However, the moment the franchise ended, he found himself struggling to get back into the game.

Twilight was an undisputed cultural phenomenon, and we will never forget the impact it has had on the zeitgeist.

While the franchise’s central couple — Robert Pattinson and Kristen Stewart — have only moved upwards and onwards in the last couple of years, the same can’t be said about their young, oft-shirtless co-star.

Taylor Lautner was more than a sexy werewolf: he constituted one of the steamiest love triangles in the history of film; with his smoldering stare, his irresistible chemistry with Kristen Stewart, and tons of charisma oozing through in every scene, he absolutely crushed the role and still left his supporters wanting more.

Alas, Team Jacob could not see their favorite actor rise through the ranks and enjoy the scintillating, action-packed career he deserved. His explosive rise and fall is a testament to the fleeting nature of fame, and how success doesn’t carry the same definition for everyone.

Here’s what happened to Taylor Lautner post-Twilight, and why he disappeared from the public eye.

Taylor Lautner Revealed Why He Never Left His House for Years

Though Taylor Lautner has been acting from a young age, his role of Jacob Black catapulted him to an entirely new stratum of renown. Millions of fans, young and old alike, started tuning in to his day-to-day activities, following his each and every move and constructing rabid fantasies about his personal affairs: who was he dating, who was he sleeping with, was he a heartbreaker or a loverboy— the list goes on and on.

Many forget how he was merely a teenager when he landed the gig, but the physical transformation he underwent spurred the masses to badger him with increasing inappropriate commentary.

It built up something inside of me where, I didn’t know it, but I was scared to go out. I’d get super anxious to go out. So I just didn’t.

With no semblance of privacy left within his grasp, Taylor had no choice but to withdraw from the spotlight. “I went so many years either not leaving my house, or if I did, hat, sunglasses, and just like, scared,” he said in the TODAY show. As much of an ego boost it was to be widely regarded as a sex symbol, it also activated his anxieties with full force. “It built up something inside of me where, I didn’t know it, but I was scared to go out,” he shared.

At the end of the day, no one likes being mobbed in the street, especially if you’re an adolescent still trying to figure out your passion. In Taylor’s case, he felt threatened by the obsession the paparazzi had developed for him. He would just be going out for a run or to the grocery store, but the “12 cars waiting outside my house to follow [him]” made him restless, and he became more and more wary of how he presented himself.

However, celebrity is a fickle business. You can descend into obscurity as quickly as you soared to prominence. With the conclusion of the Twilight film series, the press redirected their attention to other fixtures, and Taylor took a minute to cherish the peace.

Unfortunately, in an industry where actors have to continuously work to stay relevant, Taylor couldn’t really cherish his time away from the hustle and bustle. When you’re a teen idol receiving adulation everywhere you go, you just want a “normal life,” said Taylor; on the flip side, when the buzz fades, “you start to start to question yourself and start to be like ‘Oh, do people not care about me anymore?’”

Fame can [happen overnight] but it can also disappear overnight [..] You start to start to question yourself and start to be like ‘Oh, do people not care about me anymore?’ And it goes away a little bit.

Taylor said he noticed how quickly he had fallen off the radar, and he started to “question” himself. Was he simply not good enough to work in Hollywood? Why don’t people approach him with the same enthusiasm anymore? “You notice it and that’s the dangerous part, because that can really mess with your mind,” he told TODAY.

He realized how being on the other end of the stardom spectrum, where you’re considered nothing more than a one-hit-wonder, can be just as demoralizing and damaging as being hounded by the media.

Taylor had to make peace with his place in the lineup; just because he was no longer the toast of the town doesn’t mean his work was any less significant. In his years since Twilight, he has been able to evolve organically; learning more about himself and what he desires in his life.

He’s also been fortunate enough to experience love and happiness with his fiancée Tay Dome. They were introduced by his sister Makena Moore and have been together for at least three years. Celebrating their recent engagement, the actor wrote on his Instagram, “You calm me when I’m anxious. You make me laugh way too much. You make every single day spent with you so special. And most importantly, you make me a better person.”

Speaking about the proposal, Taylor said how he didn’t want a grand occasion to celebrate their engagement; therefore, he decided to pop the question where they spend the most time and make the best memories: their kitchen!

As one can imagine, the bride-to-be was overjoyed by his gesture. “When she came home at the end of the day, after a hard day of work, she walked into that, and it was a lovely surprise,” he told Access Hollywood. As for whether she was a fan of Twilight, a big resounding yes: not only was she a fan, but she was Team Edward.

Over the years, Taylor has been able to “convert” her to Team Jacob, and she hasn’t looked back since. In fact, Taylor credits her for helping him restore a sense of normalcy in his life. “She was a large part of getting me back to where I am today,” he said.

Taylore Lautner Proves that Happiness Can Come in Many Forms

Society has so far operated on a rigid definition of happiness: if you follow the rules and stick to the norm, you’ll achieve happiness. If you make money and become the best in your field, you’ll be happy. If you settle down with the love of your life, you’ll be satisfied.

RELATED: Spider-Man’s Andrew Garfield Is an Empathetic Lover – And Can Teach Us a Lot about Intimacy

However, as we have seen time and again, just because you have the “makings” of a blissful life doesn’t mean you’re actually fulfilled. Taylor Lautner was on top of the world at one point in the late 2000s, but the whole experience left him feeling jaded and confused and scared.

It’s only when he re-examined what he wanted to do with his craft and his love life that he was able to get back on his feet and truly rejoice. We will not face his precise issues, but we can also benefit from shifting perspective on what happiness truly represents, and how we can identify it among the chaos. It comes in many forms, and we should just take pleasure in whichever form we please.