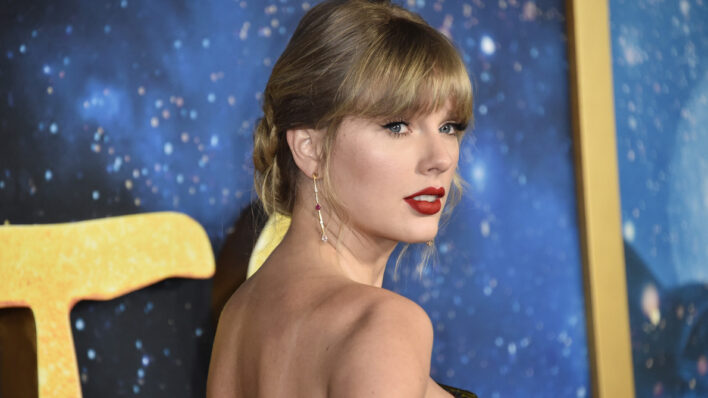 Back in 2013, Taylor Swift had her own unfortunate experience with sexual assault as David Mueller, a DJ, grabbed her backside. After the incident was reported, he was fired but then decided to sue her for $3 million. What she did next was nothing short of powerful.
By Maya Khamala    April 16, 2020

Back in 2013, Taylor Swift had her own unfortunate experience with sexual assault as David Mueller, a DJ, grabbed her backside. After the incident was reported, he was fired but then decided to sue her for $3 million. What she did next was nothing short of powerful.

Whether you’re a fan of her tunes or not, pop superstar Taylor Swift, 29, who began her career as a country singer in the mid-2000s before crossing over into the world of pop, recently released a new documentary, Miss Americana, which gives viewers a real and raw peek behind the scenes that make up her life.

The doc spends a good deal of its focus on Swift’s public legal battle against Denver radio DJ David “Jackson” Mueller, who groped her in 2013—a case which has, quite rightfully, come to be seen as an act of solidarity with other women who have been sexually harassed or assaulted, both in and out of the music industry.

Like many women who are daring enough to choose to hold men who assault them accountable, Swift’s sexual assault case consumed years of her life—four years to be precise.

It all began in 2013 when Mueller lifted her skirt and grabbed her bare buttocks while a photo was being taken at a fan meet-and-greet before a show.

Like many women not wanting to cause undue fuss, Swift reported the incident to her mother and others on her team, but never thought of pursuing any legal action against Mueller. Her mother asked their radio handler Frank Bell to reach out to Mueller’s employers precisely because they wanted to handle the matter quietly, without publicity.

So Bell contacted the station for an investigation of Mueller’s conduct. In the process, Mueller was fired for his conduct.

What happened next was that Mueller decided to blame Swift, her mother, and Bell for his ruined career, seeking up to $3 million in damages.

It was at this point that Swift decided she wasn’t going to be blamed for Mueller’s bad choices. So she countersued, for all of $1 (a wholly symbolic gesture), detailing how he had groped her.

“He stayed attached to my bare ass-cheek as I lurched away from him,” Swift testified in a grueling hour-long session on the witness stand. “It was a definite grab. A very long grab,” she added.

One woman’s stand against rape culture and victim blaming

During the closing arguments of the case, Mueller’s lawyer questioned whether the fact that Swift was smiling in the photo she appeared in with Mueller was a rightful indication of someone who was upset. Understandably, Swift lost her cool and cried.

You don’t feel any sense of victory when you win, because the process is so dehumanizing. This is with seven witnesses and a photo. What happens when you get raped and it’s your word against his?

Swift’s lawyer Douglas Baldridge asked jurors to “return a verdict for a single dollar, a single symbolic dollar, the value of which is immeasurable to all women in this situation.”

“She’s just trying to tell people out there that you can say no when someone puts their hand on you,” he said. “Grabbing a woman’s rear end is an assault, and it’s always wrong. Any woman—rich, poor, famous, or not—is entitled to have that not happen.”

Positive results, a test of patience

In 2017, two years after she countersued Mueller, a judge threw out Mueller’s case against Swift, determining that she could not be held liable for his ruined career.

Days later, a jury also sided with Swift’s team, determine that Swift’s mother and radio handler had been within their rights to contact Mueller’s bosses. They also determined that Mueller did indeed assault Swift by lifting her skirt and grabbing her butt, in spite of Mueller’s continual denial that this ever occurred.

Lawsuit: $1. The principle of the matter? Priceless

Swift has said she wants her long-winded countersuit to be an “example to other women who may resist publicly reliving similar outrageous and humiliating acts.”

My hope is to help those whose voices should also be heard.

She acknowledged her ability to “shoulder the enormous cost” of attorneys to defend her in court. It’s why she wanted to use her superstar status to speak for the countless survivors of sexual assault who simply can’t afford to hire a proper defense, let alone withstand the trauma of testifying in court and being blamed for their assaults.

A victory for silent victims

At the end of Miss Americana, Swift is seen one year after the ruling, speaking to a sold-out stadium on her Reputation album tour. “I think about all the people who weren’t believed, or the people who are afraid to speak up because they think they won’t be believed,” she said.

Indeed, Taylor’s experience was a learning moment to her. We can support victims and empathize with them. But until you experience the terrifying trauma of having to come forward at the risk of being doubted and questioned, you can’t understand the extent of the emotional toll it can take on you.

I just wanted to say that I’m sorry to anyone who ever wasn’t believed. I don’t know what turn my life would have taken if people didn’t believe me.

Taylor’s symbolic dollar is a powerful statement of support for all victims of sexual assault and abuse. It was never about the money, but about the principle. And that’s a lesson we can all apply to our lives.