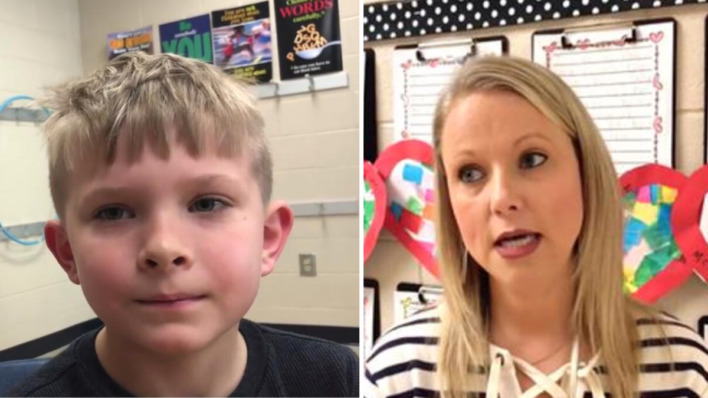 When a first grade teacher spotted her former student cycling on the highway, she immediately stepped in.
By Bryan Liquor    October 10, 2022

When a first grade teacher spotted her former student cycling on the highway, she immediately stepped in.

It was a rough day for Ellen Woodside Elementary first grade teacher Keller Sutherland. It was so bad that earlier that day, she had texted her friends asking for them to pray for her because she felt she wasn’t getting through to her students.

She wouldn’t have time to dwell on it though because something shocking caught her eye during her ride home. According to the NYPost, there was a young boy who was riding his bicycle on a 4-lane highway.

Why a 7-Year-Old Was Bicycling on the Highway

With maternal instincts as her motivation, Sutherland pulled over and couldn’t believe her eyes. Furiously peddling was none other than seven-year-old Cameron Simoncic, who had been her student the previous year.

The boy revealed that when he got home from school, he found his diabetic father collapsed on the bathroom floor. His neighbors were not home when he knocked at their door, and he didn’t know how to call 911 on his father’s locked cell phone.

And so, he hopped on his bicycle and set out to make the 5-mile trip to his grandmother’s home for help. That’s when Sutherland spotted him.

Shortly after she did, two other motorists arrived after seeing Cameron and called 911. First responders arrived at Cameron’s home and found his father unconscious in the bathroom. He was given an injection and his recovery was a success.

It wasn’t just Simoncic’s father who was saved that day. Woodside principal Shawn McCain said the school will be showing students how to make emergency calls on both iPhone and Android phones when they are locked, which can save future lives.

Sutherland said she’s both proud of her former student and happy to have been in the right place at the right time.

RELATED: 7-Year-Old Jumps Through Window Of Burning Home To Save Foster Sister’s Life

“I am still overwhelmed by the amazing strength and determination this child had to do what he was attempting to do. Even though he didn’t make it to Grandma’s, I am incredibly grateful to have passed by him when I did,” she added.

It looks like not only were her prayers answered, but so was a worried little boy’s. It’s funny how life can take us to our lowest point, only to help us rise again.

Whether it’s an alert teacher, a brave boy on a bicycle, or an alert child, we’re all meant to make an impact, it just might not happen when we expect.