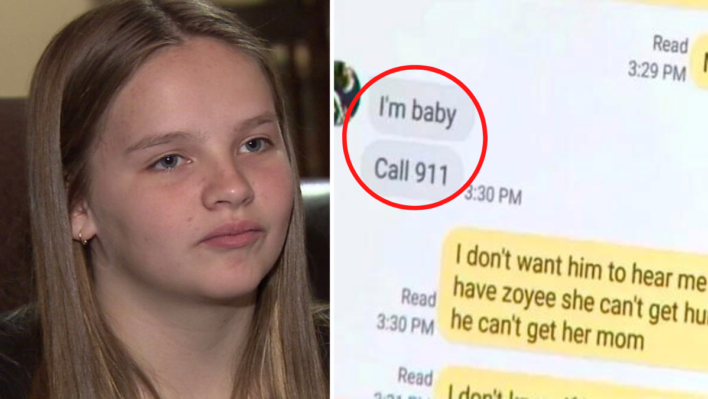 She had a very important lesson in mind when the intruder broke into her house.
By Sophie Babinski    November 21, 2022

She had a very important lesson in mind when the intruder broke into her house.

Nothing is more terrifying than a home invasion. Robberies and home invasions gone wrong can easily spiral out of control and lead to violence and murder. These incidents are especially frightening when the people caught in the middle are children.

What One Teen Heard While Taking Care of Her Niece

Savannah Jones is a 14-year-old girl from Southern California just like any other — she is a go-to babysitter whenever her family needs her to help out. She often babysits her four-year-old niece, Zoyee, at her place in the afternoon when the adults are still tied up at work.

Usually, their afternoons together go by without incident. However, one day something terrible and unexpected happened, leaving Savannah and her niece in serious trouble. Luckily, Savannah thought on her feet and was able to save her own life, as well as her niece’s.

One of the most important rules in babysitting and in staying home alone, especially for kids, is not to answer the door to strangers. Savannah had this rule on her mind when someone knocked on her door at three in the afternoon. She wasn’t worried about danger since it was broad daylight, but she decided it was better to be safe than sorry, and kept silent when a stranger continued to knock.

Eventually, Savannah peered into the peephole and saw a strange man at the door. She immediately felt that something wasn’t right, so she grabbed Zoyee and barricaded the two of them into the bathroom.

The situation quickly got worse when the man kicked in the front door and began tearing through the house. Savannah grabbed her phone and began frantically texting her mother for help.

Her mother was driving and had difficulty safely operating her phone, so she told Savannah to call 911. Thinking fast, Savannah replied that she didn’t want to make a peep in case the robber heard them. Savannah’s mother was able to call a neighbor for help, who in turn called 911.

Throughout the ordeal, Savannah could hear the intruder rummaging through the house, looking for things to steal. She knew that she had to remain calm and keep her young niece quiet — her calm mind could mean the difference between life and death for herself and Zoyee. She was successful!

Thanks to her quick thinking and steady hand, the intruder left without finding the two girls — they were safe!

“I was very scared. Not so much for myself, but just Zoyee,” Savannah said.

She had been taught the importance of all of these things and it saved her life. We should all follow Savannah and her parents’ lead: teach those around you safety rules and repeat them often. You never know when danger might be lurking around the corner, and you want your kids to be prepared.