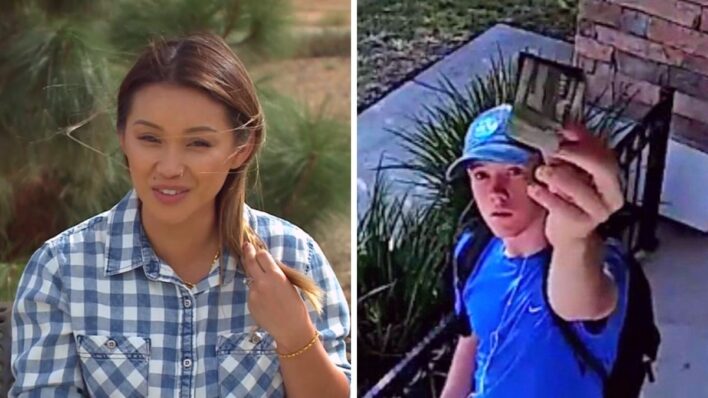 One young man’s act of integrity helps inspire hope in the next generation.
By Sophie Babinski    November 17, 2021

One young man’s act of integrity helps inspire hope in the next generation.

Teenagers can be unpredictable, especially teenage boys who are known for testing the limits and acting out. One young mother of two was expecting a negative experience when a young teen boy knocked on her door.

Melissa Vang was home alone with her two daughters when she heard an ominous knock at the door. Being a small woman at home alone, the visit frightened her. She ran to check the security cameras in her home and ensure her safety. Expecting to see a someone up to no good, she was surprised by what she saw.

On her doorstep was a teenager she had never seen before, someone new to the neighbourhood. The boy was waving an item at the security camera and when Melissa saw what it was, she was floored. The boy was holding up a wallet, complete with cards and cash. He waved the wallet in front of the camera, set it down, and walked away. Melissa went to investigate. It was her husband’s wallet, still intact, without even a dollar bill missing.

A big thank you

Melissa chased after the anonymous do-gooder to thank him. As it turns out, the boy, Tyler Opdyke, was passing out flyers in the neighbourhood and saw the abandoned wallet in the driveway, where Melissa’s husband had accidentally dropped it.

I’ve been raised in the Church all my life and I just felt this is not mine.

For Tyler, returning the wallet intact was the right thing to do, a no-brainer. On her end, Melissa was overcome with gratitude and though she forgot to give the boy a reward initially, she later tracked him down and blessed him for his kindness.

You never know what kind of day someone is having until you are in their shoes. What Tyler Opdyke did was one of the most compassionate things anyone can do for another person: Do unto others as you would have them do unto you. It is the golden rule after all! Treat others how you would like to be treated.