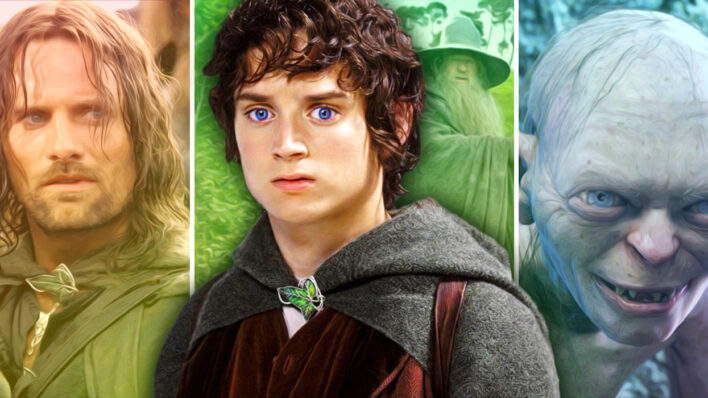 Loved by fans all over the world, the Lord of the Rings featured an iconic cast of actors who became true inspirations IRL. Let’s see where they are today and how much they give back to the people.
By Flavia Medrut    May 1, 2022

Loved by fans all over the world, the Lord of the Rings featured an iconic cast of actors who became true inspirations IRL. Let’s see where they are today and how much they give back to the people.

J.R.R. Tolkien’s fantasy novel The Lord of the Rings made its big screen debut in December 2001 with The Fellowship of the Ring.

Just like in Tolkien’s masterpiece, the movie follows a hobbit named Frodo as he embarks on a mission to the dark land of Mordor to destroy the One Ring, an object of incredible but evil power. To succeed, he enlists the help of other brave and strange characters in a bid to overthrow the Dark Lord Sauron, who needs the Ring to resurrect his physical form and dominate Middle Earth.

Directed by Peter Jackson, the trilogy went on to garner nearly $3 billion globally and won 17 Academy Awards. In fact, LotR was the first fantasy film series to win an Oscar for Best Picture.

Many of its beloved characters have continued their career in the movie industry. For example, Dominic Monaghan, who played Merry, created his own documentary series called Wild Things, and Elijah Wood is also a DJ. Who would’ve thought?

In what we hope will be the first of many check-ins with the films’ gargantuan casts, we look at arguably LOTR’s most charitable actors and, of course, what they’d been up to since the trilogy ended.

What Happened to Sir Ian McKellen after Playing Gadalf?

Lord of The Rings is one of the greatest fantasy stories ever told, but who knows what the films would’ve looked like without Ian McKellen’s charm and tremendous talent.

During and after LOTR, the knighted actor played Magneto in the also hugely successful X-Men franchise. He is also one of the few original LOTR cast members to appear in the Hobbit movies, as the same powerful wizard.

Some of McKellen’s more recent and mentionable films are Beauty and the Beast (2017) and Cats (2019). He is also set to appear in the modern-day adaptation Hamlet Revenant, which is in pre-production.

RELATED: 23 Ian McKellen Quotes on Acting and Being Honest

When he’s not busy acting, Ian McKellen is involved in all kinds of charity work. He’s been an advocate for gay rights ever since he came out in 1988, and in that regard he has co-founded Stonewall, an organization that provides support and resources for the global LGBTQ+ community.

Sir Ian is also the patron of Step Forward and has made many donations to other charities and foundations, including those supporting AIDS and HIV education, as well as support for at-risk and disadvantaged young people, refugees and senior citizens.

In 2020, he became one of the leading voices to Project Northmoor, a crowdfunding charity campaign that seeks to raise funds to buy J.R.R. Tolkien’s home and turn it into the world’s first Tolkien literary center.

What Happened to Elijah Wood after Playing Frodo?

Elijah Wood was only 18-years-old when filming for LOTR began and he  is still remembered for his role as Frodo Baggins.

Ever since then, Wood kept himself busy by exploring various genres such as action-comedy (Spy Kids 3D: Game Over, 2003), romantic drama ( Eternal Sunshine of the Spotless Mind, 2004), and psychological thriller (Maniac, 2012).

RELATED: 22 Wise and Memorable Lord of the Rings Quotes

He is now also a producer and a… DJ. In fact, Elijah uses his DJ-ing skills during fundraising events for The Art of Elysium, an organization that provides a platform and sometimes funding to volunteer artists wanting to hone their varied crafts.

I am constantly inspired by the work of The Art of Elysium and how they use the transportive power of art to heal and inspire children; elevating them beyond the confines of their pain and discomfort to engage them in creativity and beauty.

Elijah also regularly supports charities such as Lifebeat, which is dedicated to advocating for sexual safety, and the Make-A-Wish Foundation.

What Happened to Viggo Mortensen after Playing Aragorn?

In Lord of the Rings, Viggo Mortensen played Aragorn, the son of Arathorn, heir of Isildur, and eventual King of Gondor.

Aside from LOTR, Viggo isn’t one for Hollywood blockbusters and prefers working on smaller, more prestigious films. Proving that he’s not messing around, he has been nominated three times as Best Actor at the Academy Awards for Eastern Promises (2007), Captain Fantastic (2016) and Green Book (2018).

In 2020, Mortensen made his feature directorial debut with Falling, and he is set to appear in Crimes of the Future and Thirteen Lives.

As for his charity work, Viggo has made short films to support the Spirit Riders Foundation. He has also donated valuable items and money to support charities and foundations such as The Children’s Clinic in Watertown, Save the Chimps, Return to Freedom and Free Arts NYC.

What Happened to Sean Astin after Playing Samwise?

Since the LOTR trilogy ended, Astin has voiced several different characters in animated films and video games. He even provided the voice for Raphael on Nickelodeon’s popular Teenage Mutant Ninja Turtles.

In 2017, Sean played the role of Bob Newby in Netflix’s massive success series, Stranger Things, and we’re sure to hear more about him as he has several projects in the works.

When it comes to charity, Sean Astin is well known for his work as a philanthropist. He is an advocate for mental health research and started a foundation called RUN3rd, which supports after-school running programs and encourages students to become healthier and discover their grit. Astin has also supported organizations like the LEAP Foundation, the Melanoma Research Foundation, the Make A Film Foundation and the Screen Actors Guild Foundation.

What Happened to Andy Serkis after Playing Gollum?

Andy Serkis is the undisputed king of motion-capture technology. His portrayal of Gollum In Lord of the Rings was not only impressive, but memorable, even if his role as hero was somewhat… divided.

After LOTR, Serkis basically started taking over Hollywood. He joined the MCU to portray Ulysses Klaue, he provided the voice of Baloo in Mowgli: Legend of the Jungle, and has also played Snoke in the recent Star Wars sequel trilogy.

Right now, you can watch Serkis in the role of Alfred Pennyworth in The Batman, and in the near future we’ll see him in the psychological crime thriller series, Luther.

During the coronavirus lockdown, Andy Serkis raised more than $350,000 after completing a live reading of The Hobbit. It took the actor 11 hours to complete the challenge and he only took a few bathroom breaks. The money raised was donated to NHS Charities Together and Best Beginnings, for which Serkis is an ambassador.

We’ll keep an eye on these super talented and charitable actors. In the meantime, you should know that a Lord of the Rings series is set to debut on Amazon Prime Video in September 2022. Elijah Wood is “super fascinated” about the project and so are we!

25 George R.R. Martin Quotes that Show the Truth Behind Fantasy