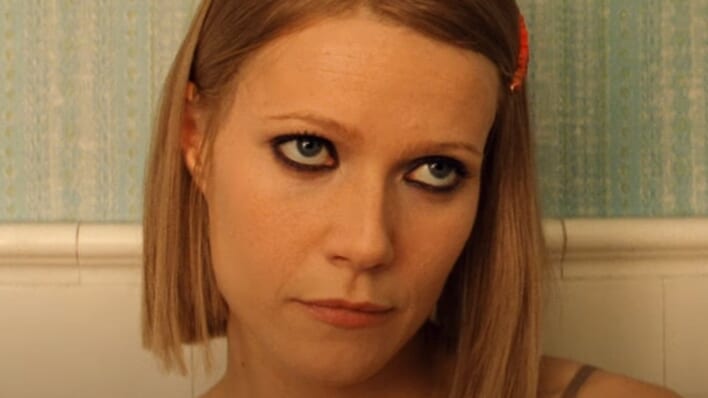 The best medicine can be a good laugh.

Movies, especially comedies, offer a wonderful way to relax, escape, and have fun. We seek entertainment to explore new worlds, new lives, drama, mystery, suspense, romance, and comedy. Funny scenes, whether in a silly or serious film, tend to keep viewers coming back for more, often returning to the same movie to laugh and laugh again.

Laughter, as they say, is the best medicine. And comedic films can give us a new perspective on our own lives—and even help us cope with the difficult times we’ve faced or are still experiencing.

An outstanding example of how a great humorous movie can help us cope as we laugh is the 2001 hit comedy The Royal Tenenbaums.

The Royal Tenenbaums is a quirky film that was as beloved by audiences as it was by critics when it was released on December 14, 2001. The film ultimately raked in $71 million at the box office and received numerous accolades, such as a nomination for an Academy Award for best screenplay for co-writers Wes Anderson and Owen Wilson and a best actor Golden Globe win for star Gene Hackman.

One big reason it’s retained its popularity is that all those laughs help us find humor not just in the moment while watching the film but also later on. When faced with tough times or trauma in our own lives, the spirit of The Royal Tenenbaums can help you put your personal dysfunction in perspective and even find a little humor while coping.

While the story in The Royal Tenenbaums is unique and takes crazy unexpected twists and turns, the general plot is straightforward. It’s essentially a family reunion, albeit of a very dysfunctional, wealthy, estranged family of geniuses.

The family consists of parents Royal and Etheline Tenenbaum (played by Hackman and Housten), who separated during the childhoods of their three brilliant, neglected children, Chas (Stiller), Margot (Paltrow), and Richie (Luke Wilson). Etheline’s possible engagement to her accountant (Glover), prompts Royal to seek to win back Etheline and reunite his family.

However, Royal has been an absent, insensitive, and uncaring father to each of his once uber-successful kids. Not surprisingly, they each return with quite a bit of baggage and many bones to pick, as well as the propensity to avoid, ignore, and wallow.

Chas was a finance and chemistry prodigy and real estate mogul who is mourning the death of his wife while raising their two sons. Margot, who was adopted and is constantly reminded of that fact by her dad, is an esteemed playwright with debilitating writer’s block. She’s in a strained marriage to neurologist Raleigh St. Clair (Murray). Richie was a tennis champion who cracked up during a pivotal match and has never recovered. His longtime best friend is Eli Cash (Owen Wilson) who is having a secret romance with Margot, whom Richie also has a secret crush on.

What The Royal Tenenbaums Can Teach Us

Through flashbacks, voiceovers (Baldwin), various conversations, and clever, ridiculous, ironic scenes we learn the extent of the trauma experienced by the children and the general dysfunction of the family as a whole.

Royal himself has hit rock bottom as he is a disbarred lawyer who’s run out of cash and facing the remarriage of his not yet ex-wife. Etheline is the only one who seems to be flourishing, as she has a smitten boyfriend and a solid career as an archaeologist. However, she’s not sure she’s ready to move on.

Despite the malaise, tension, underlying hurts, and disappointments afflicting the characters, much humor ensues. The stylized, over-the-top tragedy makes real life issues seem a bit more manageable. Each character is achingly “cool” and “brilliant,” yet none of that matters because they’re also terribly unhappy.

This iconic film can help you look at your own life and your own potential for greatness with new eyes and a fresh perspective. The stylized pretension and grandeur of each character and their morose, over-dramatized personas can help remind us that suffering can sometimes be as funny as it is sad—and perpetual suffering is not anything to aspire to or hold on to.

RELATED: What Is Generational Trauma? Here’s How to Understand It and How to Heal

Additionally, the film clues us into the fact that everyone has their own traumas, back story, and familial dysfunctions to deal with. We can choose to either sink into them or laugh right along, seeking comfort in the absurdity—and universality—of many conflicts, whether petty or major.

Compared with your actual life, the problems and dysfunction of the Tenenbaums likely make your issues look pretty basic. Or if your situation is as equally (or more) bleak, you may feel a camaraderie of sorts. Plus, you may feel more motivated to improve your own outlook, situation, and perspective after looking at this family, who from the outside had everything—brains, beauty, wealth, talent, gumption—but blew it all due to getting mired and stagnated in family trauma.

On the other hand, even if the Tenenbaum family is an outlandish art piece on the extremes of domestic dysfunction, there is still love and caring to be found, a potent, sometimes side-splitting reminder that the binds that tie us to our family may hurt and strain sometimes but they still remain. Kinship matters (whether via blood or time together)—and laughing together or even just about it on your own certainly makes those bonds all the stronger and more worthwhile.

Most importantly, regardless of how much this film relates to your own struggles, it just makes us laugh, which can help you get a better handle on coping with your problems, whatever they may be.

The Royal Tenenbaums is a masterpiece of eccentric, controlled, slowly unfolding comedy that sheds a powerful light on the hidden craziness of that thing we call family. Watch the film and let its stylized silliness and absurd depictions of familial dysfunction help you find humor in your own life.