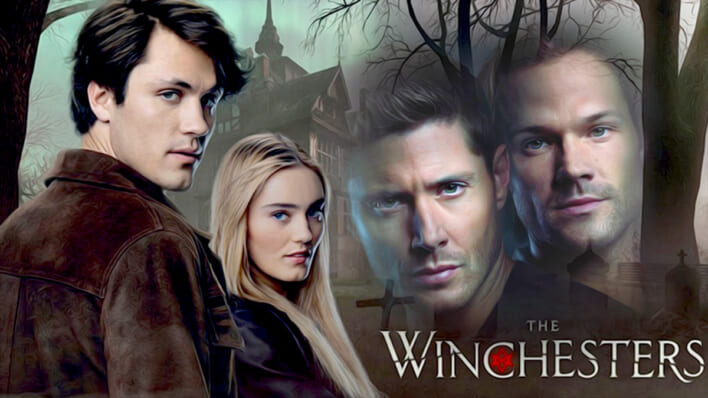 The Winchesters: How The Supernatural Prequel May Fix the Series’ Most Toxic Problem

Ever since its inception back in 2005, Supernatural had stuck to two constant themes — diving into the mythical world of ghosts, vampires, werewolves, etc., and portraying its women in a stereotypical and misogynistic light. But its upcoming prequel is all set to shatter these dated conventions.
By Apeksha Bagchi    July 14, 2022

Ever since its inception back in 2005, Supernatural had stuck to two constant themes — diving into the mythical world of ghosts, vampires, werewolves, etc., and portraying its women in a stereotypical and misogynistic light. But its upcoming prequel is all set to shatter these dated conventions.

When The CW network’s popular show Supernatural began, early viewers were expected to be enraptured by Dean’s magnetic charisma, Sam’s obvious nice-guy vibes, and the whole world of mystical beings its storyline unleashed.

It all began with Dean seeking out his estranged brother, who had gone off to college, leaving behind his “family business” of hunting down dangerous supernatural beings in order to protect the innocent.

RELATED: Ben Affleck’s Accountability Journey Starts With Acknowledging The Women In His Past

They get together against the odds to face off against one big evil after another and conclude their journey by ending the almighty God itself. It was a wild, exhilarating ride. But it was hard to miss the fact that in the dark, scary world of supernatural creatures, where evil continued to rear its head even as the two brothers relentlessly hunted them, there was no place for a woman.

Supernatural and Its Cliched Female Characters

The initial few seasons saw multiple female characters flitting in and out of Dean and Sam’s life as their romantic and/or sexual partners, who were quickly forgotten as they were nothing but temporary distractions for the Winchester brothers. Of course, we met a few badass female characters, like the lovable Charlie and the bold police officer Jody.

While they seemingly held their own for a while and got to take part in a few dangerous battles, they either ended up being the damsel in distress, simply killed to become the brothers’ motivation to continue fighting, or were relegated to the sidelines as a love interest with barely any screentime.

Even if some managed to sidestep all these minefields, the other options were equally harrowing. Some were stuck being the personification of destruction and chaos — the demon Lilith, Amara, the manipulative Ava. Meanwhile, some women simply died to provide emotional fodder for the show’s storyline and its protagonists, like Jessica, Jo and Allen Harvelle.

Will The Winchesters Repeat Its History of Misogyny?

While Supernatural may not have been on the same level as The Mandalorian or Game of Thrones, it had a dedicated and fierce fan following. The passion os these fans was potent enough to warrant a spin-off, which is arguably garnering more attention than the original show.

But there are also many fans who lost their loyalty to the show halfway through its lengthy tenure. And the reason wasn’t just its aimless plotline in its middle seasons — it is also the fact that its storyline stuck to its sexist and stereotypical treatment of its female characters for way too long.

But hopefully, for those fans, who still harbor a dormant love for the show but are wary to dip their toes in the world of Supernatural again, The Winchesters will be a breath of fresh air. Where is the proof, you ask? Well, let’s start with the fact that while Supernatural had its shallow beginnings, it tried its best to right its wrongs in the later seasons.

In the last few seasons, the show introduced two of the most memorable female characters in the history of television — Mary Winchester and Rowena. And they weren’t just badass, they redefined and practically stomped on the very stereotypes that are still used to define women.

In the case of Mary, she was killed decades ago by a demon (15 years before the events of the pilot episode took place) and had been in heaven since. As described in Supernatural, the ones who end up in heaven get to experience an endless loop of their happiest memories, so much so that they would forget what they left behind after their death on the mortal plane. This means that when Mary was brought back to life in Season 11, she was leading a happy life up in heaven, unaware that years had passed.

RELATED: In her 50s, Jennifer Lopez Proves That Women Can Age and Continue to Thrive

Given the usual pattern of how female characters are majorly treated, many expected the storyline to take the cliched direction that being a woman as well as a mother would automatically rob her of her agency. She would just automatically snap to the role of a mother, happily play the role of the emotional anchor for her two sons, and oh, be the new damsel in distress who can be kidnapped by the next baddie targeting the Winchester boys.

But Supernatural instead chose to pull an unexpected 360-degree twist. Instead of making her forget the lost years or suppressing the major identity crisis she was going through in the face of two grown men who expected her to play mommy and not address her trauma, Mary decided to find her purpose. This unique direction succeeded in negating the unjustified expectation that a woman must always put others before herself, even at the cost of her mental peace and happiness.

Not only did Mary make herself her priority, her character also managed to be the perfect example of what it means to face your fear and boldly confront anything that came her way. She took her time to find herself again, not afraid to let people or their unwanted expectations down.

RELATED: Women Reveal The Exact Moment They Realized Their Partners Would Never Cheat

As for Rowena, she is probably the rare female character in Supernatural whose status isn’t “resting in peace” when the show ended, as she is currently ruling Hell as its queen. For the time she was on the show, the badass witch was independent as well as unapologetic and thrived in her evil ways. She loved and hated with the same passion.

In fact, the strong Winchesters bros often needed her to come to their rescue and not the other way around.

And when she was not being their dame in shining armor, she was more than just a worthy adversary. In fact, the brothers often chose to have her on their side in order to avoid facing a resounding defeat.

Why the Official Trailer of The Winchesters Sparks Hope

Given the high note Supernatural ended on in terms of its female characters, it was obvious that any future spinoff would continue to carry forward the brief beginning of this revolutionary change. And the epic trailer of The Winchesters only served to reinforce this possibility.

While the premise is basically what fans of Supernatural will remember, this time the story isn’t about two men, doped up on a misogynistic mentality, out there to save the world.

The Winchesters is all set to tell the story of Mary and John, Dean and Sam’s parents, long before their life was torn apart by the Yellow-eyed demon. Supernatural fleetingly addressed the badassery of the young Mary and was happy to instead let her be the “sacrifice” that fueled her husband and then her sons’ heroic battle against evil.

But the trailer of the upcoming prequel series has already established that women won’t be mere plot devices in need of constant rescue and objectification, even though we are travelling back to the past of the Supernatural world.

This time, the story will see individuals fighting the good fight where their gender won’t decide whether they need saving or whether they get to be a badass. It won’t be too far-fetched to predict that the upcoming prequel is here to write its own history.

The Winchesters is all set to debut on The CW this September 1.