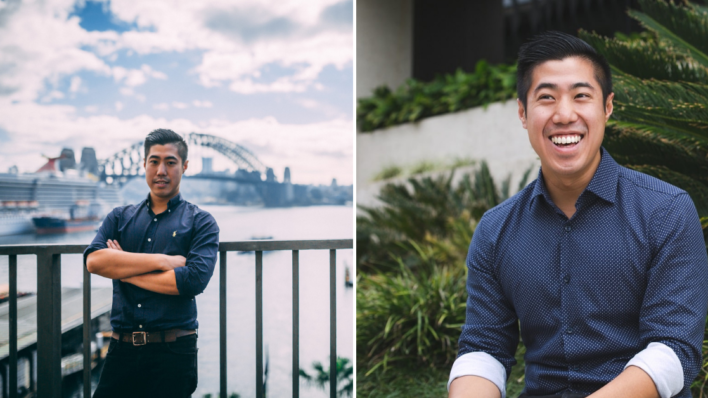 Raised By Immigrant Parents, He Takes A Huge Risk At 24 Despite Disapproval – Today, He’s A Millionaire

Trung Vien’s parents moved from Vietnam to Australia “with basically nothing — not a word of English and no experience
By Joel Balsam    January 20, 2021

Trung Vien’s parents moved from Vietnam to Australia “with basically nothing — not a word of English and no experience or qualifications,” he said. But years later, he has managed to build up $10 million of property holdings and a promising pandemic-proof business.

Vien’s parents were hard-working immigrants who wanted the best for their son. So when, at 24, he told them he wanted to skip university and leave his relatively high-paying financial planning job to open a Domino’s pizza shop, they were shocked.

But even though he knew nothing about business, he liked the Domino’s brand and the franchise model was scalable, so he took the plunge.

“My parents said, ‘you can’t go into business, you have to go to uni and work a corporate job and be safe’, but I didn’t tell them that in my first year I made more than double the amount I had made at the bank,” he told News.com.au.

“It was one of the best decisions I ever made in my life.”

Vien continued to be successful. In 2013, he bought a gym and started buying up properties in Brisbane.

He worked extremely hard and rarely took any vacations, but the Brisbane real estate market dropped and he found himself “up to his eyeballs” in debt. Still, he owned $10 million worth of properties.

“I did it by working hard and not taking holidays because my long term goal was to put cashflow into my investments.”

He took a break and found a new opportunity

Vien decided to take a much-needed break and his creative juices started to flow. He thought about his friends who were stressed out with their jobs, kids, and marriages, and noticed they were all losing their hair.

“I thought, you know what, there must be a good solution to this problem and seeing my friends are facing it, it must be happening everywhere,” he told news.com.au.

So in March 2020, he launched Hair Folli, a hair care brand that uses “superfood” Kakadu plum to treat the problem of hair loss.

He didn’t expect the company to do well right off the bat — it was launched at the start of a global pandemic after all. But, “After the first two or three weeks we had a couple of hundred thousand dollars in sales,” he said. “We had launched with a lot of hype because we knew there was a gap in the market.”

Vien said he expected the company to rake in $5 million in profits in 2021, a number he attributes to not having to pay huge overhead to sell in brick-and-mortar stores.

The entrepreneur attributes his success to his hard-working immigrant upbringing.

“Hearing my parents’ story makes me want to work harder to prove to them that ‘hey, I can make it big’ and provide an awesome business to the people in this country who gave us so much opportunity,” he said.

Loosen the grip to boost creativity

We’ve heard the story before — person from a hard-working immigrant family makes it big. And it’s always motivating.

But an enlightening detail in this story is that when Vien decided to stop working crazy hours and take a vacation, he was able to find a passion project that appears to be on its way to major success.

So take this as a reminder that hard work begets success, but so does loosening your grip to allow the creative juices to flow.