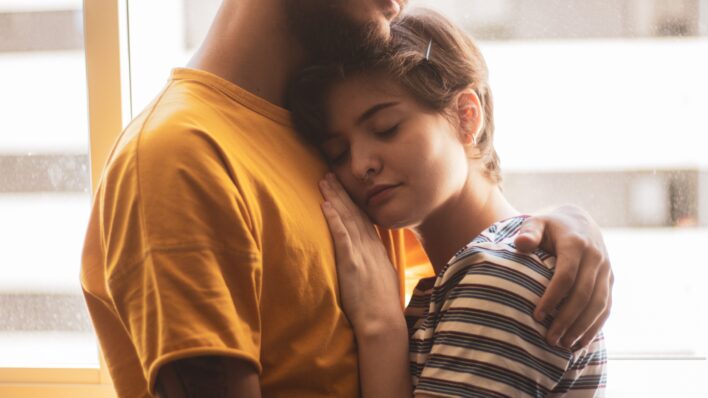 Breakups rarely go smoothly. There’s pain and grief on both sides. To move on from heartbreak, two types of forgiveness are needed.
By Ricky Derisz    September 26, 2019

Breakups rarely go smoothly. There’s pain and grief on both sides. To move on from heartbreak, two types of forgiveness are needed.

The post break-up period is full of intense emotions, heartache, insecurity, and a continuous loop of memories shared with your ex.

There’s no quick fix to navigating the heartache, but there are skillful ways to deal with the intensity, to avoid becoming trapped in self-pity and regret.

I don’t move on easily; I never have

Heartache comes in waves, often unexpectedly. I’ve held on to relationships for years, or found myself caught in loops of regret, longing, self-criticism. Holding on always comes with small print: what if things were different?

Over the years, though, I’ve learned to let go easier thanks to various tools I use to regulate my emotions and treat myself with increased self-compassion.

I’ve had my fair share of breakups. They’re always unpleasant. But now I handle them slightly better. I’ve moved from complete and utter despair to feels like a healthy way to process a loss. It’s victory, of sorts.

One practice has been my biggest catalyst to moving on: forgiveness

Breakups rarely go smoothly. There’s pain and grief on both sides. To move on, two types of forgiveness are needed: towards our ex and towards ourselves.

Letting go is an overused cliche. Consequently, it runs the risk of losing meaning. To remind myself of what it feels like to let go, I bring awareness to the opposite: what does it feel like to hold on?

Holding on keeps me stuck in the past. Energetic attachments — resentment, anger, craving — prevent me from looking forward.

These are messy, ugly emotions. Honesty is needed to acknowledge their presence. Only when I saw these energetic attachments did they start to lose their power over me.

The end of one relationship

Relationship A was a tough and intense 18 months. I fell hard and fast, and was lost in the beautiful chaos of it all. The breakdown of the relationship was gut-wrenching; my ex left me in Berlin with two weeks’ notice. We attempted long-distance until, during our anniversary celebration, I discovered she’d used Tinder regularly. Ouch.

Post-breakup, I was holding on to Relationship A through a sense of righteousness. I made myself the victim. I was bitter and resentful. How could she?

Letting go required honest reflection. I explored my bitterness, I befriended it. I cultivated compassion for my ex — I saw her as human: flawed and scared and unsure.

The more I humanized her, the more empathy developed. As I exercised forgiveness, I felt the energetic shift. With added clarity, it became apparent I was holding on to anger towards myself, too. To heal this, I needed another form of forgiveness.

Awareness of this self-directed anger was a huge “Aha!” moment. It opened the door to forgiving myself. A healthy dose of self-compassion was needed. I reminded myself of my human imperfection, of how easy it is to be blinded by love. I tried my best. I wanted to make the relationship work. I did no wrong.

Combined, these two types of forgiveness freed me from the shackles of Relationship A. It was a gradual process; occasionally resentment or anger resurfaced. But eventually it eased. Now, I look back on this relationship with kindness and appreciation. I wish my ex well.

To further explain, I present Relationship B. This came before Relationship A, but letting go was more difficult because the process of forgiveness was different. To crudely place percentages on a topic that cannot be quantified:

Relationship B came at a time of great instability. It was a grounding, nurturing relationship while I was anything but.

Throughout our three years together, I broke things off numerous times and broke her heart. The relationship ended when I left the UK and moved to Berlin. The irony of this coincidence is not lost on me, though my ego wants to point out that I gave a few years’ notice.

To move on from this relationship I had to direct much more attention, at the regret and anger I had towards myself. I felt I’d let her down, that my emotional instability was a form of weakness. Yet I was going through a personal crisis.

Forgiveness here meant being compassionate toward my 22-year-old sekf. I reminded myself I did the best I could, with the tools and coping mechanisms I had at the time.

You may be wondering where the 10 percent of forgiveness towards my ex comes from. I needed to forgive my ex… for moving on. As silly as this sounds, such was the dynamic, such was her level of support and forgiveness towards me, that I’d subconsciously developed a sense of entitlement towards her love (I told you breakups were messy).

Forgiveness isn’t always rational. My angst at my ex moving on was not rational — of course she was going to live her life. But I still needed to follow the process.

Forgiveness allowed me to acknowledge the way I was feeling. And, on a cognitive level, I was able to see how my entitlement wasn’t rational.

Ultimately, forgiveness is a gift to ourselves and our ex partners.

It allows us to open our hearts, to experience appreciation for what once was, and to release attachments to how things could’ve been. Most importantly, it allows us to truly move on, to let go of memories of what-once-was, return to the present, and enter future relationships with clarity.

And if what if we fall into similar traps in future relationships? Then we forgive again.

Author exploring the soul of self-development, the mystery of existence, and the heartful path to maximising the human potential. Follow the link above for your free copy of my book, Mindsets for Mindfulness — discover the re-enchanted worldview, the true meaning of mindfulness, the relationship between mental health and spiritual awakening, and the 10 mindsets to overcome the ego on the journey of growth.