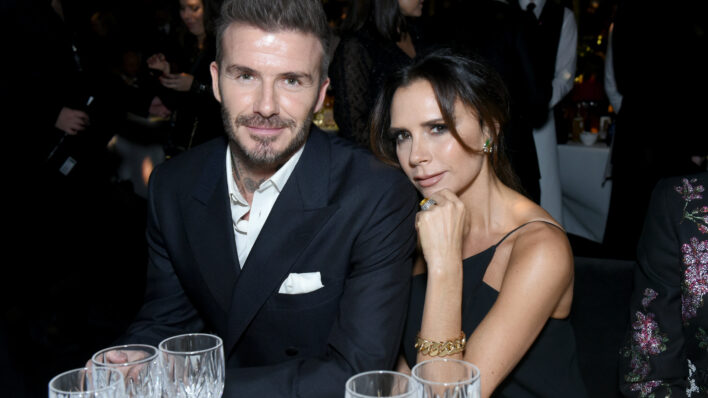 British media darlings Victoria and David Beckham have been together for nearly two decades. No longer Posh and Becks, the
By Aly Walansky    February 20, 2019

British media darlings Victoria and David Beckham have been together for nearly two decades.

No longer Posh and Becks, the bonafide power couple’s twentieth anniversary is approaching, and with it, Victoria told Entertainment Tonight that her husband is still one of the biggest cheerleaders of her career and her life ambitions.

According to Victoria, David is (unsurprisingly) a great husband, a great dad and the most incredible business partner that anybody could ever want.

“He really supports me in what I do.” she said in the interview.

As for how they will celebrate their impending anniversary? Humbly, and as a family, naturally. “We’ll probably just celebrate with the kids,” Victoria told ET.

Last month, the couple were seen together at the Reebok x Victoria Beckham launch party party in New York City, where David was seen being, as usual, the attentive and supportive husband at the party. “David was by Victoria’s side the whole night,” reported PEOPLE. “They were very touchy and flirty with one another.”

Not one to miss any occasion to cheer his wife on, David also attended Victoria’s runway show in London last week — with his kids in tow, of course.

While it may look like it’s all flirtation and fun on the outside, it takes real effort to keep the sparkle throughout the span of a twenty year relationship — even if you’re an A-list couple.

David has discussed their relationship before, and why being married for so long can be challenging. “To have been married for the amount of time that we have, it’s always hard work,” he said in October on the Australian TV show The Sunday Project. “It becomes a little bit more complicated.”