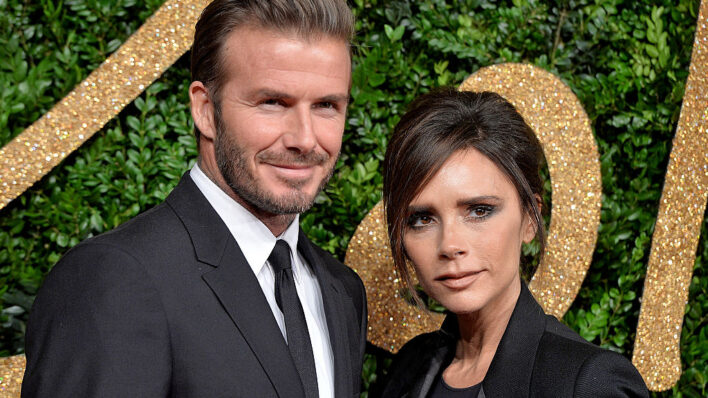 Relationship Goals: Why David and Victoria Beckham Are a True Power Couple – And What to Learn From Them

In 1997, he was a fresh-faced soccer player making waves in the UK’s national team. She had just taken the music world by storm as part of the best-selling female group of all time, the iconic Spice Girls.

So when David and Victoria Beckham met, the tabloids went wild, turning the young couple into the it celebrity pairing of their day. Although love and marriage tend to crumble under the harsh glare of the media and public eye, swamped by paparazzi and rumors, Victoria and David have continued to go strong, celebrating 19 years of marriage which saw their family welcome four children and grow into a global pop-culture sensation.

Why Becks and Posh are a true power couple

After 21 years spent together, David and Victoria have now been together for half of their lives. 21 years that saw both rise to the top of their perspective careers, retire, launch successful new businesses and secondary careers, become immersed in charities and raise four happy children, some of whom have already started their own careers as well.

Fiercely dedicated to their children and each other, and weathering countless tabloid rumors while fully supporting each other’s careers and business endeavors, the Beckhams have amassed a whopping $900 million fortune, according to the Mirror. Moreover, both Victoria and David have been inducted into the Order of the British Empire, with David now a Commander and Victoria an Officer of the Order.

From their early days of public smooches and coordinated outfits – then again it was the ‘90s! – to joint charity appearances, the Beckhams never stopped inspiring us with their fairytale romance.

Whether separated by thousands of miles or moving across oceans to keep their family together when business called them away from London, the Beckhams never stopped being a close-knit family. Intimate family moments abound on both parents’ social media accounts, be it boys’ fishing trips with dad – in coordinated outfits of course – to sweet weekend brunches, date nights and gushing celebrations of each other’s achievements.

Reaffirming their commitment time and time again, Victoria is the proud owner of no less than 13 stunning engagement rings. But it’s not just glitz and bling that holds the Bechkam’s love together – while their 1999 marriage was a massive affair complete with  celebrity guests and red velvet thrones, the two lovebirds renewed their vows back in 2017 in a very intimate setting, marking 20 years as a couple with “about six people there in our house,” as David revealed on BBC Radio 4.

So what are the secrets to the Beckham’s long-running relationship? It’s not diamonds, massive houses and magazine covers. It’s far more down-to-earth things like respect, equality and hard work. As Victoria told Elle, it’s having your partner’s back and taking over when necessary. “That’s how you can show your support in a marriage, by saying, “You know what, I’ve got this.” That’s what makes a good partnership.”

A successful marriage also requires time dedicated to each other as a couple: “David and I both respect that each of us are very, very busy; we are both running big businesses, but we do put the phones down, and sometimes, we just talk.” As for what David sees as the foundation of their happy marriage? Dedication and hard work, even when there’s rough patches:

“Of course you make mistakes over the years, and we all know marriage is difficult at times. It’s about working through it.”