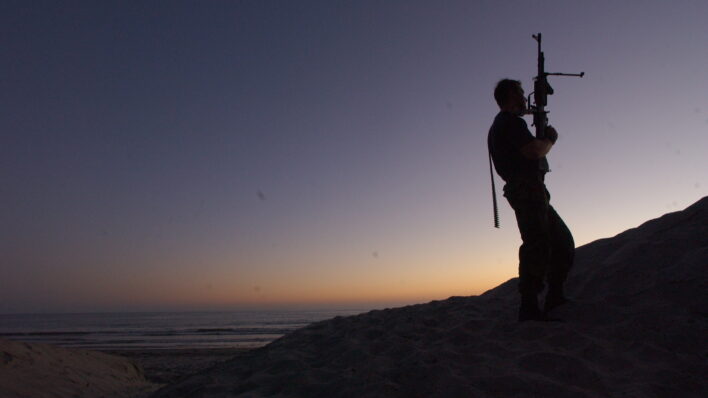 Former Navy SEAL Rob O’Neill was one of 23 SEALS deployed in Abbottabad, Pakistan on a death mission: to kill
By Sohani    October 20, 2017

Former Navy SEAL Rob O’Neill was one of 23 SEALS deployed in Abbottabad, Pakistan on a death mission: to kill Former Navy SEAL Rob O’Neill was one of 23 SEALS deployed in Abbottabad, Pakistan on a death mission: to kill Bin Laden. Just after midnight, on May 2nd, 2011, SEAL Team 6 launched assault on bin Laden’s compound killing two bodyguards, a bodyguard’s wife, and one of bin Laden’s son’s before taking out bin Laden.

In his speech, O’Neill shares why he committed to the mission despite knowing that he may not make it back alive. He refers to the tragedy of 9/11 as the main driving force for putting his life on the line.

Rob O’Neill is well known for claiming to have fired the head shot that killed Osama bin Laden during the SEAL Team 6 raid.

At age 19, O’Neill joined the U.S. Navy with the hopes of becoming a sniper. After graduating from Basic Underwater Demolition/SEAL (BUD/S) Training, he enlisted in the Naval Special Warfare Development Group where he completed tours in both Afghanistan and Iraq. To date, O’Neill has participated in over 400 missions around the world.

In 2012, O’Neill, a senior chief petty officer, left the U.S Navy after 16 years of service. During his time in the military, he has received 52 decorations including three Presidential Unit citations, two Silver Stars (awarded for bravery in action against the enemy), four Bronze Star Medals with Valor device (for a heroic act in combat operations), and two Navy and Marine Corps Commendations with Valor device.

Having left the navy, O’Neill now tours the country as a motivational speaker on a mission to pass on the lessons he learned as a former SEAL. He is also the co-founder of Your Grateful Nation (YGN), an non-profit that provides assistance to military vets looking to transition into corporate America. O’Neill has faced criticism for going public with his involvement in the bin Laden raid as it violates a tenant of the SEAL ethos: “I do not advertise the nature of my work, nor seek recognition for my actions”. However, he does not regret his decision, as he believes that doing so brought closure to the families impacted by 9/11.

If you want to learn more about Rob O’Neill and his public engagements, here’s his personal website. You can also check out his book here: The Operator – Firing the Shots that Killed Osama Bin Laden and My Years as a SEAL Team Warrior.