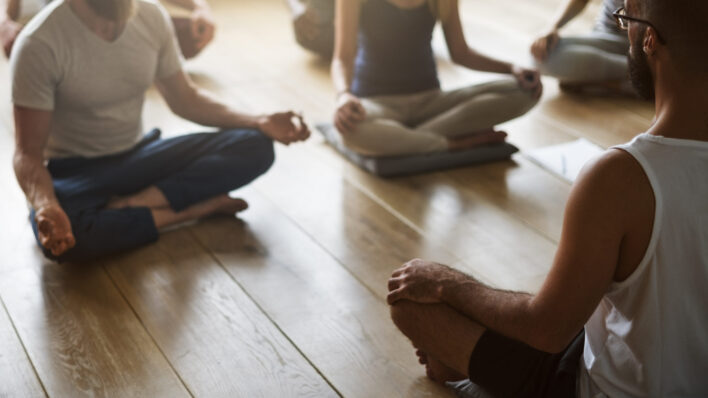 What Does Namasté Mean?

You’ve probably heard the word “Namasté” a million and one times. Especially if you do Yoga. And, if you’ve heard
By Matt Valentine    October 2, 2018

You’ve probably heard the word “Namasté” a million and one times. Especially if you do Yoga. And, if you’ve heard

You’ve probably heard the word “Namasté” a million and one times. Especially if you do Yoga.

And, if you’ve heard it half as much as the average person, you’ve probably gathered that it’s used as a greeting of some kind.

But there’s much more to the Sanskrit term of Namasté, which originated in and is associated with the religious and cultural practices of ancient India and the surrounding area, and the traditional Indian greeting which bore from it than meets the eye.

I love you when you bow in your mosque, kneel in your temple, pray in your church. For you and I are sons of one religion, and it is the spirit.

What does Namasté mean?

The term Namasté originated from the Sanskrit language, which was spoken in and around India several thousand years ago, and its meaning roughly translates to “I bow to you”.

However, it’s about far more than one person bowing to another.

Like many things in ancient Indian culture, Namasté has a deeper, spiritual significance connected with Hindu and yogic practices.

Deepak Chopra says “if the spiritual traditions of yoga could be encapsulated in one word, it might be namasté.”

That’s because while Namasté is, on the surface, a greeting of respect, the practice itself can also be done in a way that expresses a deep appreciation for and recognition of the other person– or anything really– and attempts to see into their common humanity.

Think of it as more of a practice, a mental exercise meant to develop in you a deeper understanding of the world and a more attuned connection with the world around you. It’s about more than being nice or simply practicing kindness, it’s about coming in touch with the other person– and yourself– in a meaningful way.

Bringing Namasté into your life

Showing appreciation for others and a reverence for life is a valuable practice because it reminds us of the value of each individual life and reminds us of the precious nature of our own time and life as a whole as well.

Namasté is performed by placing the hands together in a prayer position and pronouncing the word. However, you can use a similar practice without the hand movement or even verbal muttering of the word if you’re overly conscious.

The idea is that you greet another with respect and appreciation, giving your full attention to welcoming their presence, and that is done simply with the mind.

So, the next time you meet someone greet them with this in your mind. Take a moment to feel a sense of respect and appreciation for them and then take another moment to feel your connection to them as a human being.

See that both of you are equal, both valuable and important, and recognize their worth as well as your own.