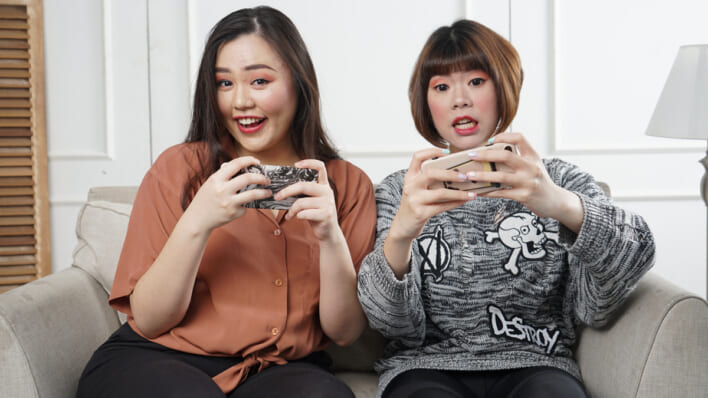 This form of communication can be skillful, or a way to avoid difficult conversations. But is “fexting” right for your relationship?
By Ricky Derisz    September 24, 2022

This form of communication can be skillful, or a way to avoid difficult conversations. But is “fexting” right for your relationship?

Out of all the things you’d expect the Bidens to introduce to popular culture, fexting likely wasn’t one of them.

In an interview with Harper’s Bazaar, first lady Dr. Jill Biden admitted she and Joe Biden engaged in fexting regularly when he was vice-president to Barack Obama, to avoid being caught in front of the secret service. Before your imagination runs wild, fexting is fighting over text — which, really, is nothing too out of the ordinary in the modern age of mobile phones and message threads.

The couple did coin the term, though, which put a label to the activity. Arguing over text or even breaking up over text is clearly not a healthy form of communication. But were the Bidens onto something by opting to put thumbs to screen, rather than argue face-to-face? Are there benefits of fexting, and can you use it to build a healthy balance in your relationship?

Why Is Fexting Dangerous for Your Relationship?

To avoid avoidance sounds like a paradox or Buddhist koan, but it’s rule number one of communication in all relationships, especially those with deeper levels of trust and intimacy.

We live in the digital age, where the majority of communication is via social media, WhatsApp, email, Slack, or instant messaging. Digital communication in the written word (with a sprinkling of emojis here and there), is completely normalized.

RELATED: Phubbing: How To Stop Your Mobile From Ruining Your Relationships

There’s nothing inherently wrong with this, but it becomes a problem when digital communication is used as a way to create unhealthy distance or avoid healthy conflict. All relationships come with trials and tribulations, and the ability to sit down and have a difficult discussion face-to-face is essential. There are some topics that have to be dealt with in this way. Fexting, however, can become a way to avoid full responsibility. According to PsychCentral:

“If a relationship is about emotionality, that means it’s about opening yourself up to another person so the two of you can share in all of life’s joys, pleasures, pitfalls, and circumstances whole-heartedly. Being emotional isn’t just limited to positive emotions — sometimes we have to deal with the negative ones too. Not dealing with them — by texting through a difficult conversation — is a good way to ensure your relationship will end sooner than it has to.”

PsychCentral also notes that fighting over text avoids the, “messy irrationality that comes with a regular, direct conversation.” Making eye contact, talking through difficult emotions, and avoiding accusations or blame, are all essential to developing better communication skills, and all of these are bypassed via text message. Messy irrationality isn’t all bad; it can show you care and offers room for compassion when emotions are running high.

It’s easy to completely flee or ignore a difficult conversation via text — you simply don’t reply or look at your phone. Not only is this potentially triggering for your partner, and signals a lack of respect or emotional maturity, it’s a sign of an anxious attachment style, which can reinforce fears of intimacy, under the disguise of favoring digital communication.

Can Fexting Be Good for You?

The Bidens had a decent excuse for fexting. Arguing over who forgot to do the dishes or whose turn it is to take out the trash isn’t the kind of interaction appropriate in official environments. According to Jill Biden, this wasn’t a form of suppression or avoidance, but knowing the right time and the right place to argue.

Messy irrationally isn’t always skillful and can hinder healthy communication. As a result, there are certain circumstances where fexting is actually beneficial.

“With texts, my clients say they have the ability to maintain a level of connection while still having the space to thoughtfully express themselves,” marriage therapist Cindy Shu told HuffPost. “Plus, when you’re ‘fexting,’ you don’t have the pressure of having to resolve conflict on the spot.” Taking the edge off of emotional reactivity can give some room to calm down, and think things through clearly. You could call this skilful fexting, as opposed to avoidance fexting.

RELATED: Get Off: 3 Signs Social Media Might be Hurting Your Sex Life

Of course, the context within which this applies is crucial. Fexting is something you have to agree with your partner, as a permissible form of communication. It might work for some, and not for others, and either option is to be respected. Boundaries need to be set in terms of what topics can be “fexted” and which have to be discussed face-to-face or via a call. Equally, fexting should never be about emotionally unloading or ranting via text — save that first draft for your notes.

In addition, clarity around when sending a message which could be difficult to receive is essential, to avoid catching someone off-guard. Adding a caveat is good practice, such as I’m about to share how I’ve been feeling about this, please read when feels good for you.

Is Fexting Right for Your Relationship? It Depends

Good communication isn’t dependent on its form. For some couples, fexting may be a way to provide space, and communicate from a rational, calm perspective.

It pays to keep in mind that, despite the distance, when a message lands in your inbox, it’s information entering your personal space, and you have a right to set boundaries and work towards skilful fexting.

Couples who cohabit may find it more difficult to fext, but that doesn’t mean it should be off limits. Asking for some time and space to clear your thoughts, journal, and think through a response is ultimately going to lead to better understanding. As long as it’s done respectfully, and not to avoid, suppress, or shirk responsibility, fexting can be another tool in your communication kit.

What Is BeReal – And Is the ‘Authenticity-Focused’ Social Media App Really Healthier Than Instagram?