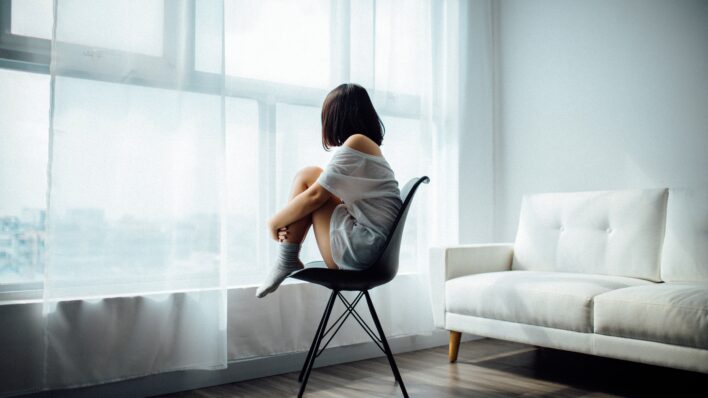 Why does rejection hurt so much? This was the question posed by scientists, recalls psychologist and “emotional first-aid” advocate Guy
By Matt Valentine    February 5, 2019

Why does rejection hurt so much? This was the question posed by scientists, recalls psychologist and “emotional first-aid” advocate Guy Winch.

There are many ways we can feel rejected:

But one thing remains in common no matter the type of rejection: it really hurts.

The problem for scientists is that rejection must be studied in action to get an accurate idea of what really happens in the body and mind when we experience the rejection.

This means, “You can’t just take your research assistant to your local singles bar and go, ‘Oh, look, that dude just got shut down. Quick, give him the questionnaire,’” says Winch.

There’s where the waiting room rejection experiment came in.

To study the effects of rejection, researchers decided to place a ball on a table inside a waiting room where they’d have three participants sit.

First, one of the participants would pick up the ball and pass it to the other on the opposite end of the room. Next, that person would wave the third person down and offer to throw it to them. That third participant would then pass it back to the first person.

Then the cycle would continue, right? Wrong, and that’s where the experiment really begins.

As it turns out, the first and second person were secretly research assistants and the third was the only actual participant. Researchers would then study the responses of those participants who had experienced the simulated rejection.

“Now, most people think, ‘Two strangers in a waiting room didn’t pass me a ball, big whoop.’ But it turns out we care quite a bit,” says Winch. “This is a paradigm that has been used dozens and dozens of times. And everyone who goes through it reports feeling significant emotional pain.”

What they found (and why rejection hurts so bad)

Once the initial ball exercise was complete, researchers went back and told the participants that the first and second people who threw the ball to one another were actually research assistants instructed to act in the way that they did.

However, the response of the participants was unchanged. They reported still feeling emotionally hurt even though they now knew it was staged.

So, what exactly is happening in our mind when we experience rejected? And why is it so powerful that even when we’re told the event was faked, we still feel the pain from it?

To find out, researchers placed participants in a functional MRI machine to find out what went on in their brain after experiencing the rejection.

Researchers then ran the experiment again but gave have of the participants Tylenol. Remarkably, they found that those who took the Tylenol reported feeling less emotional pain from the experiment.

So then, why exactly are we wired to experience rejection so severely?

“Because of our evolutionary past,” says Winch.

“We grew up in tribes and we couldn’t survive outside them,” he says. To be ostracized from the tribe literally meant death, which meant we became hard-wired to respond to rejection as if it were a threat against our life. Talk about harsh.

Nowadays, we don’t live in small tribes but huge, super-social populations where the chance for rejection is much greater than it was in the past. This can make life as a human being in the 21st Century uniquely difficult.

How to respond to rejection

What do most people do when dealing with rejection?

The average person typically resorts to some form of intoxication, be it through alcohol or over-indulging in food, says Winch.

However, these responses do nothing but offer a temporary distraction. So, what should you do instead?

Winch says that there are several “wounds” we need to treat which are directly connected to how we respond to rejection. The most important of which is our lack of self-worth.

For that, you could try positive affirmations. However, at least according to Winch, they actually appear to make things worse because they reinforce beliefs about ourselves we clearly know not to be true.

For example, if you tell yourself, “I’m am a world-class performer,” but you feel like half the people around you, whether in your class, workplace, or industry are better than you at what you do, it may just end up reinforcing the belief that you’re not good enough instead of making you more confident, i.e. the intended result.

Instead, Winch says to practice a simple self-affirmation exercise.

The idea is that by staying within your belief system, you empower yourself based on preconceived notions of yourself instead of attempting to stretch beyond your current belief system.

The exercise has just two steps:

This simple self-affirmation exercise, Winch says, “Will remind you of self-worth that you actually have,” and can actually make you feel better.

What Is Emotional Blackmail? How to Spot It and How to Handle It