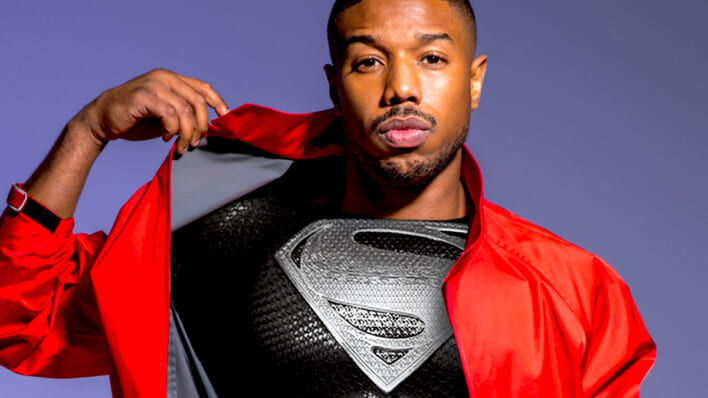 What Happened to Warner Bros.’ Black Superman Movie — And Why Is It So Controversial?

More than a year after the first report of Warner Bros.’ Black Superman film, there’s still no confirmation – but plenty of controversy.
By Apeksha Bagchi    August 9, 2022

More than a year after the first report of Warner Bros.’ Black Superman film, there’s still no confirmation – but plenty of controversy.

As hopeful DC fans eagerly awaited signs in early 2021 that Justice League star Henry Cavill would reprise his role as the Man of Steel, they were instead confronted by an unexpected movie update: Warner Bros.’ reported plan to reboot the iconic superhero with a Black Superman. While that hasn’t been confirmed, the possible shift in the character’s depiction has primarily attracted criticism. But why?

Shadow and Act broke the news that celebrated author Ta-Nehisi Coates had been hired to write the film, produced by J.J Abrams’ Bad Robot. The development then gained traction with the contention by The Hollywood Reporter‘s sources that the project was being set up as “a Black Superman story.”

That was followed by another THR report, in which unidentified sources claimed the studio was searching for a Black director. What’s more, rather than use DC’s Calvin Ellis or Val-Zod, each of whom was introduced in the comics as a Black, alternate-universe Superman, the film would reimagine the original Man of Steel, Kal-El, better known as Clark Kent.

RELATED: Superman’s Most Inspirational Quotes That Prove He Really Is a ‘Man of Tomorrow’

Comics fans have celebrated similar plans by Marvel Studios, where inclusivity plays a central role in the Marvel Cinematic Universe — whether that’s in naming Sam Wilson as the new Captain America or confirming characters like Loki and Valkyrie are bisexual. But even unconfirmed reports of a Black Superman have received pushback.

Why has Warner Bros. been silent about the project, which has been seemingly stewing in developmental limbo since it first made headlines in 2021? And, what’s more, why are DC fans so against the idea of a Black Superman?

To be clear, neither Coates nor Abrams has confirmed THR’s report that the film intends to reintroduce Clark Kent as a Black Superman. So far, the only concrete information is that Warner Bros. plans a new Superman film.

In the latter half of 2021, rumors circulated that Coates’ film was dead in the water. However, KC Walsh of Geeks WorldWide, many of whose “leaks” subsequently have been confirmed, was quick to shoot down such speculation. Walsh insisted in a November 2021 Twitter post that such rumors “are 100% false,” and that the writer was still working on a script.

The THR report claimed Warner Bros. was looking for a Black director, but no announcement has been made. A June 2022 story by Variety indicated “the studio has yet to finalize plans” for the Superman film.

At the time of this writing, the future of the new Superman film is as uncertain as the rest of DC’s movie slate, which is again trying to find its footing in a world of superhero cinema dominated by rival Marvel Studios.

However, the biggest question, surprisingly, isn’t the status of the film. Instead, the real dilemma is the “controversial” label that remains attached to the project, more than a year later.

Why Is Warner Bros.’ Black Superman So Controversial?

Before we address the major reason driving the online backlash, let’s touch upon the relatively minor, but more visible, issues adding fuel to the fire.

For starters, Warner Bros. has no intention of granting the wishes of a vocal faction of fandom by continuing the so-called SnyderVerse, represented by Man of Steel, Batman v Superman: Dawn of Justice and Zack Snyder’s Justice League.

While studio will bring back Ben Affleck as Batman, in March 2023’s Aquaman and the Lost Kingdom, the same can’t be said for Man of Steel star Cavill. DC loyalists have demanded another film featuring the actor as Superman, but that isn’t part of Warner Bros.’ plan for the DC Extended Universe. That’s despite a multiverse approach that could accommodate multiple versions of the character. (For instance, in addition to Affleck as the Dark Knight in the Aquaman sequel, audiences will see Michael Keaton reprise his Batman role in The Flash.) Needless to say, SnyderVerse fans aren’t happy.

But what some fans are really against is the timing. Coates’ Superman was announced at a time when Warner Bros. was battling accusations by Justice League actor Ray Fisher that many of his Cyborg scenes, as well as those of other actors of color, were removed from the film’s 2017 theatrical release after Joss Whedon took over from Snyder as director. The studio conducted an investigation, but refuted Fisher’s claims he faced racist and abusive behavior on set.

Amid all of that chaos arrived the report of a Black Superman reboot. And soon, social media was rife with people insisting the studio’s decision was anything but revolutionary. One user insisted the move by Warner Bros. creates only a “facade of diversity,” “especially when that studio won’t even ACKNOWLEDGE the racist behavior perpetuated under their watch.”

Ardent DC fans also take issue with the fact that many iconic Black characters already exist in the comic books, including more than one Black Superman. Yet, instead of giving them the spotlight, the studio is reportedly taking an established character, and changing his race, in hope of leveraging an existing audience. According to one Twitter user, it “represents no one, be they White or Black, and insults everyone.”

Fans can’t help but compare Warner Bros.’ DCEU to the Marvel Cinematic Universe, which has also introduced more heroes of color, only in a less-haphazard way. As pointed out in a tweet, while the MCU devoted years to properly introducing Sam Wilson, and even more time to debuting him as the next Captain America, all the DCEU would accomplish with a Black Superman is “another rush job.”

Response to the unconfirmed Black Superman film has been divided, but there’s no denying plenty of fans would be in favor of the project. But a recent decision by Warner Bros. has left some dumbfounded, and fuming.

The studio last week abruptly shelved its Batgirl film, starring Leslie Grace, which had already entered post-production. Variety reports the decision was a result of a shakeup at parent company Warner Bros. Discovery, formed from the recent merger of WarnerMedia and Discovery Inc. Originally targeted for release on the company’s HBO Max streaming platform, the $90 million Batgirl was ultimately viewed as “neither big enough to feel worthy of a major theatrical release nor small enough to make economic sense.”

RELATED: 15 Marvel Quotes to Help you Find the Superhero Within

While that may be the explanation, some fans fear the push to bring more representation and inclusivity to the DCEU has been dealt a major setback. Many question the studio’s decision to cancel Batgirl while allowing The Flash to continue, despite the alarming accusations against star Ezra Miller, which range from assault to harassment to child grooming.

To some fans, Warner Bros. has revealed where its priorities lie by canceling a film starring a person of color yet permitting Miller to remain part of its cinematic universe. Thus, there are now concerns for other DC projects starring POC, namely Blue Beetle, headlined by Angel Manuel Soto, and Black Canary, featuring Jurnee Smollett’s return to her role from 2020’s Birds of Prey.

RELATED: Marvel’s Will Poulter Called One Thing About Superheroes ‘Unhealthy’ – And He’s 100% Right

Warner Bros. Can Still Turn Around the DCEU

Given Warner Bros.’ recent track record of inadvertently igniting, and then extinguishing, its own fires, the studio desperately needs to sort its priorities. That’s where it can learn a thing or two from the journey of Marvel Studios.

There was a time when MCU was viewed as sexist for the way it handled female characters. They were relegated to the sidelines, only to take the stage as damsels in distress, like Pepper Potts, or else overly objectified, like Black Widow. But Marvel has slowly and steadily shed that image with fully formed female heroes whose debuts or character arcs don’t feel rushed.

If Marvel can be mindful and employ tact while revamping its image, nothing is stopping Warner Bros. from putting the past behind it and truly embracing promises of representation.

Marvel Finally Revealed a Superhero as Queer in Thor: Love and Thunder – And That’s Crucial