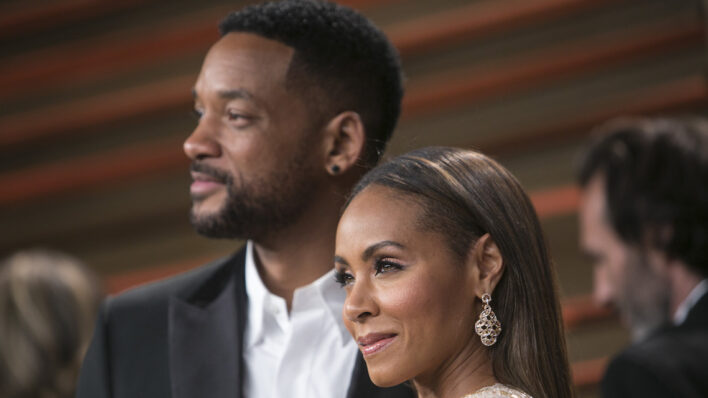 Will Smith and his wife Jada Pinkett Smith have been one of Hollywood’s strongest couples but self-isolation made them realize a lot of things.
By Shaoni Das    April 30, 2020

Will Smith and his wife Jada Pinkett Smith have been one of Hollywood’s strongest couples but self-isolation made them realize a lot of things.

Marriage isn’t easy. Whether you’re a newlywed or you’ve been married for fifty years, you will know that making a lifelong commitment to someone entails a lot more than just wearing a ring on your finger and exchanging presents on anniversaries.

Marriages are rigged with some very real challenges and it’s up to you and your spouse to work together to resolve these challenges.  No one is immune from this experience, and that includes some of our most beloved celebrities.

Will and Jada Pinkett Smith are one of the hottest power couples in the industry. They’re strong, beautiful, compassionate and talented — any couple would aspire to be like them. But at the same time, one of the reasons that makes them special is how forthcoming they’ve been about the ups and downs in their relationship.

However, the current circumstances are clearly taking a toll on everyone’s endurance. Couples are stuck indoors and they’re now having to navigate 24/7 hours of togetherness. For some, it can mean all the more time to get affectionate and romantic; for others, it just means that you have no choice but to experience your partner’s habits and impulses in full force.

Will and Jada are on the latter boat. Their extravagant lifestyles may differ from ours, but their emotions are just as valid as ours. And they’re having to take some new approaches to get through this trying time.

Will and Jada felt like they didn’t “know” each other

In her most recent Red Table Talk episode, Jada revealed that she doesn’t know Will at all when it comes down to it. “I gotta be honest. I think one of the things that I’ve realized is that I don’t know Will at all,” she confessed.

They might have been together for well over two decades but something happens when life gets busy: you start to build stories about your partner in your head.

These stories are by and large fixed and don’t have much room for adjustment, so when you’re forced to be with your partner for hours, days, and weeks at a time, you begin to realize that those stories have very little basis in reality.

It’s not that you’re delusional, but just that you often don’t realize that there lies a common disparity between what you think of your partner and what they really are.

Jada reached this point of dissonance and realized that she had to begin understanding her husband for what he really is. She used to have certain preconceived notions about what intimate relationships and marriage are supposed to look like, yet in practice, none of that matters and what you have before you is an actual human being whom you love so deeply.

Jada and Will learned that this feeling of alienation would soon pass if they were able to take the time to get to know each other all over again.

Let me tell you: I feel like there’s a layer that you get to, right? Life gets busy, and you create these stories in your head. And then you hold onto these stories and that is your idea of your partner. But that’s not who your partner is. So, [it’s] going through the process of having to dissolve all the stories and all of the ideas of Will that I have built around those stories

They discovered that self-love and friendship come first

Marriage may be a two-way street but it doesn’t mean that your own desires and interests become futile. As essential as it is to get to know your spouse better, you must also make an effort to know yourself. Will and Jada realized that they didn’t really know each other as much as they’d like but along the way, they figured out that they didn’t know themselves that well either.

This is why they’re using this period to love themselves and build a friendship out of a mutual feeling of self-love. Many modern love stories are highlighting the virtues of selflessness and sacrifice so much that people tend to forget that self-love and self-care are crucial to the development of positive relationships in our lives.

Will and Jada uncovered that developing a solid friendship between the two of them was necessary for their marriage; otherwise, it might all go haywire during the quarantine.

So, Will and I are in the process of him taking the time to learn to love himself, me taking the time to learn to love myself, right, and us building a friendship along the way. So, let me tell you: That’s been somethin’ to be married to somebody for 20-some odd years and then realize, ‘I don’t know you and you don’t know me.’ But also realizing too there’s an aspect of yourself you don’t know either.

In the same episode, Jada discussed how couples often go into “flight-or-fight” modes when they’re forced to spend so much time together. This isn’t just a nervous system mechanism; it’s the chosen approach for many individuals in emotionally difficult situations.

Many people are driven towards the “fight” response, which means they become aggressive, controlling and dominant towards their partner. Others are naturally wired to go for the “flight” method, where they want to detach themselves from their partner due to overwhelming fears about the relationship.

Jada shared that she’s definitely in the first category: fight. However, Jada recognized that she’s in a position where fighting is not an option. As a result, she makes a point of thinking before acting so that those aggressive urges do not surface in her interactions with Will. It’s essential to be able to take some time and space for yourself so that you are able to evaluate where your head is at.

There is nothing to conquer and beat. This is about understanding. That’s the mantra I’ve been trying.

You might not think of your marriage as “teamwork” but it absolutely can work wonders for your relationship if you approach it like a team sport. It’s not you against your partner; it’s you and your partner against the common issue. You both have to work as a team to understand what the problem is and how you can take the steps to address it.

If this period feels like a test, it’s because it probably is. Jada and Will have learnt over the decades that no aspect of their marriage is going to be without its fair share of challenges.

The quarantine period may have threatened it initially but they understood that if they were to communicate well, get to know each other, and practice self-love for themselves, then that could facilitate a more positive understanding towards each other.