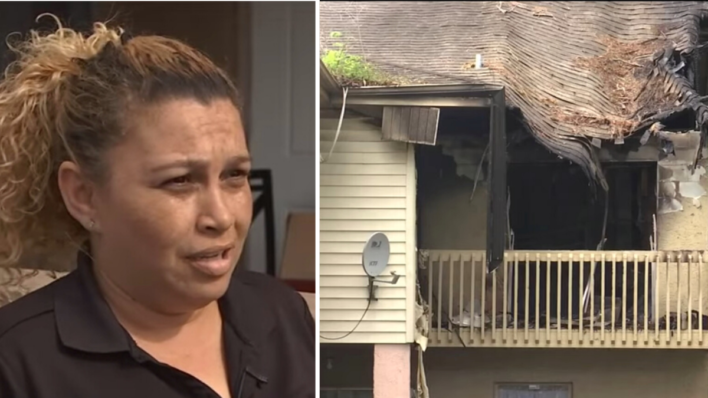 Two Floridians who experienced misfortunes together have come to each other’s rescue.
By Lindsey Staub    February 25, 2022

Two Floridians who experienced misfortunes together have come to each other’s rescue.

Two strong women in Florida were originally brought together by a near-death experience, and a second tragedy has kept them close.

The lives of Jajahira Rosado and Chaseedaw Gable became intertwined when Chaseedaw’s two-year-old son became unconscious in a WingStop in Bradenton.

When her son, Antonio, hit his head, the WingStop manager ran over to his rescue. That manager was Jajahira, and she was able to revive him using CPR.

He could have been gone in an instant.

“I feel like she needs a friend, and I know I need a friend too,” Chaseedaw said.

Unfortunately, another tragedy struck the friends when Jajahira’s apartment building caught on fire.

“I was sleeping, my daughters were sleeping, too,” Jajahira said. “When I looked, the fire was too much. So I ran back inside to get my daughters.”

Jajahira’s family was able to escape, but not every inhabitant was so lucky. 11-month-old Lazier Bennett died in a next-door apartment due to the fire.

The damaged furniture, charred walls, and smoke-damaged clothing meant that Jajahira had not only lost her home but also everything inside.

The smoke is on the clothes, the sofa, the beds, we don’t have anything. I never thought this was going to happen to me.

A friend to the rescue

Left homeless, Jajahira called her friend and real estate agent, Chaseedaw. Upon hearing the news, Chaseedaw organized a drive for food, clothing, and supplies to help Jajahira and her two daughters. “We can help each other,” Jajahira said.

When Chaseedaw desperately needed help, Jajahira came to her rescue, saving her son. Now, when the tables turned, Chaseedaw is providing the same help for Jajahira.

“Don’t take anything for granted,” Chaseedaw said. “It doesn’t take long before something happens to you or before you are in somebody else’s shoes.”

Chaseedaw put it perfectly: Help anyone who needs it, for you can be in their position, asking for help for yourself, soon enough. Jajahira did not think about her own future when she saved young Antonio, and this act not only brought her a new friend but also some much-needed help after her own tragedy.

lead with empathy
“Empathy is finding echoes of another person within yourself.” – Mohsin Hamid