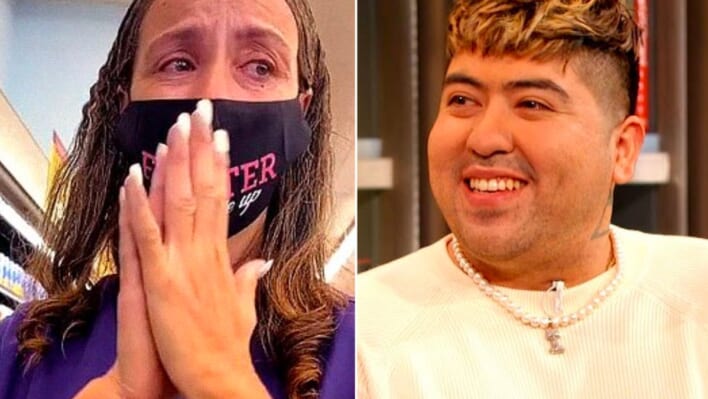 “What goes around comes around– especially kindness.”
By Sophie Babinski    November 22, 2022

“What goes around comes around– especially kindness.”

Expressions about karma and “what goes around comes around” are not always positive. We usually expect karma to be payback for the cruel things people do. However, sometimes, karma is not a b—, it’s a sweetheart! This was recently the case for a selfless woman doing her groceries.

She Was Selfless Despite Her Own Struggles

TikTok creator Isaiah Garza was spending the afternoon in a grocery store, conducting a social experiment for his followers.

He wanted to see who in the store would help him buy lunch, and who would pass him by without lending a helping hand. He approached a woman and asked her to buy a lunchable for him, explaining that he was starving and had forgotten his wallet.

Without hesitation, the woman told him to throw the item into her cart. She was happy to buy him what he needed so that he could fill his belly. Isaiah was surprised by her kindness and generosity, and he couldn’t wait to show her the surprise he had up his sleeve.

The woman hadn’t told Isaiah that she was struggling financially, so she was surprised when he immediately offered to pay for all of her groceries, explaining that his “lunchables story” had been an experiment and he did in fact have money on him.

Isaiah told her to go back through the aisles of the store and add whatever she wanted to the cart– it would all be on him, she had no budget that day!

The woman was speechless. She began tearing up, but she did what he said and got to shopping. She explained that she had been having a rough time dealing with the recent death of her mother.

Not only that, but she was strapped for cash at the moment and was being very careful about not spending too much at the grocery store that day. What Isaiah was doing for her was not only amazing and kind– but needed!

What Goes Around Does Come Around

Isaiah didn’t stop at just paying for the woman’s groceries. He also bought her flowers and surprised her with them outside of the supermarket. His message was: “what goes around comes around– especially kindness.”

He wanted to prove that kindness is always repaid– sometimes even immediately!