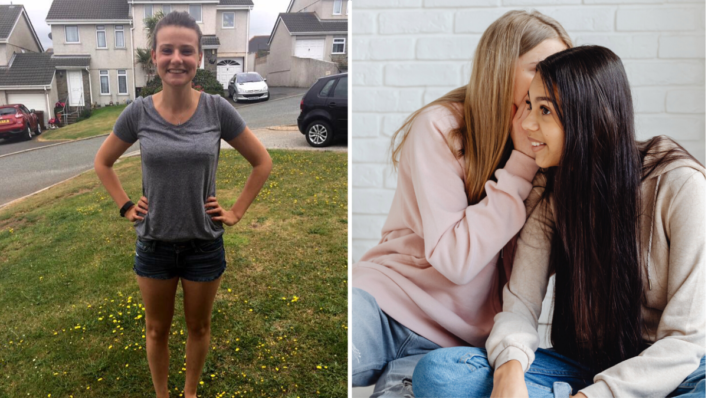 Despite hearing their cruel remarks, one woman chose kindness.
By Sophie Babinski    September 19, 2022

Despite hearing their cruel remarks, one woman chose kindness.

It can be hard to take the high road when people make negative comments about us. However, getting down in the dirt with those who are out to hurt us rarely ends well. Usually, someone gets hurt and nobody learns anything.

A better strategy is to follow the advice “you catch more bees with honey.” This can be done by keeping your head held high and knowing that good things will follow.

The Rude Comments 2 Employees Made in a Store

Harriet Rae was shopping at a drugstore in Truro, England when she overheard two store employees making snide comments about her appearance. They were also being extra rude about her denim shorts.

Harriet was hurt by the comments, but she didn’t engage with the bullies. She was surprised that the women were saying these things loud enough for her to hear, but she decided to take the high road instead.

Instead of fighting with the women in the store, Harriet took to social media to express her feelings about the incident, sharing a snap of herself in a t-shirt and the shorts in question. She captioned the photo:

RELATED: Busy Waitress Breaks Down Into Tears After Reading the Note a Widowed Customer Gave Her

“To the two girls working in Truro Superdrug this afternoon. Don’t worry, I heard the comments you made to each other about my appearance and my shorts. You spoke loud enough for most people to hear. It’s obviously not the first time you’ve had a giggle and made comments about another girl but when you do it normally, the person you talk about probably looks away and you actually make them feel really sad inside. But today, by the looks on your faces you really weren’t prepared for the massive cheesy smile I gave you! Just so you know, your words didn’t hurt me. The looks you gave me did not either. I do feel slightly saddened that you think it’s ok to speak about another female, or in fact anyone, in that way.

I don’t believe you gained anything from it apart from looking a little bit silly when you realized I heard you. If somehow you end up reading this, as Cornwall is a very small place, can you be a little bit kinder with your words? Some peoples skin isn’t as thick as mine has become and the next person’s might be very thin indeed. So in response to your comments, I send back some love! If you did your own hair and make up for work today, you are both very talented. I could never get my winged liner or my ponytail that perfect!”

How One Woman Proved the Importance of Choosing Words Wisely

The post went viral, and Harriet received a message from the head office of Superdrug, the store where the incident had occurred, asking her for information on the bullies in order to dole out consequences. Harriet declined to give out any information. Her post wasn’t meant to punish, it was meant to uplift people and show that kindness is just as powerful as strong words. Harriet explained:

“I reenforced that the intended message of the post was to spread kindness and positivity not embarrassment or hurt. They understood and accepted that I didn’t want to give a description of the people or my location in the store when it happened. They have also said that my post will be used in training in the future to make sure it doesn’t happen again.”

Harriet’s message is a powerful one: Choose kindness as often as possible. You never know when your harsh words will fall on the ears of a sensitive person and deeply hurt them. Showing empathy and compassion is more powerful than being judgemental and catty. Thank you Harriet!