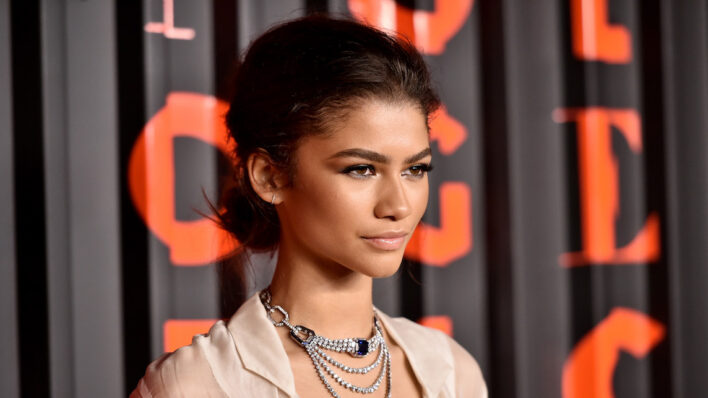 Zendaya herself is adamant about what she wants to prioritize in the coming years and this is why relationships don’t figure there.
By Shaoni Das    February 4, 2021

Zendaya herself is adamant about what she wants to prioritize in the coming years and this is why relationships don’t figure there.

Seeing how she’s one of the most beautiful and charming young actresses on the scene, it’s no surprise that Zendaya’s love life is a subject of immense interest and following. The former Disney Channel star is going up the ladder by leaps and bounds and has quietly cemented her status as one of the most beloved celebrities in Tinsel Town.

Whether it’s her show-stopping performances or her jaw-dropping looks on the red carpet, she commands attention wherever she goes. As such, headlines will be written pertaining to her activities off-screen, whether she’s been spotted hanging out with some co-star or if she’s “liked” photos of a rumored boyfriend.

At the end of the day, the public is curious about the state of her love life and is quick to buy into every single rumor released about the happenings of her personal life. But Zendaya herself is adamant about what she wants to prioritize — and not prioritize — in the coming years.

Therefore, it’s worth it to take a brief journey through Zendaya’s short but eventful dating history and view it in terms of what she’s said about relationships and dating:

Zendaya says she would “regret” her “first love” forever

Though there are rumors aplenty about Zendaya’s dating history, the Euphoria actress has only had a few serious relationships. People forget that she’s only twenty-four, which means some of her earliest relationships were likely non-serious and immature. As is a tradition within Disney stars, Zendaya had short-lived romances with her castmates.

Her first reported boyfriend was Adam Irigoyen, her co-star from Shake It Up. Afterward, Zendaya moved on to another Shake It Up actor — Leo Howard, who was a recurring star on the show.

Zendaya’s next relationship was by far her longest and most serious. She and actor Trevor Jackson had known each other for two years before they went official. Trevor is an actor, singer, and songwriter and has been involved in Disney Channel works. He and Zendaya starred in K.C. Undercover together and reportedly dated for about four years.

While they were together, Trevor bought Zendaya a puppy, Moon, who she still adores to this date.  In May 2018, Zendaya confirmed that she and her boyfriend of four years had called it quits the prior spring. She didn’t identify the ex-boyfriend by name, but all signs pointed to Trevor. She added that it was he who had initiated the break-up, leaving her feeling shocked and helpless at first.

It was my first love. It wasn’t a good ending. You know you’re OK in a breakup when your first thought is not, ‘What did I do wrong?’ It’s, ‘That was the dumbest decision of your life, and you’re going to regret it forever.’

It’s anyone’s guess as to what this “mystery” boyfriend did that made Zendaya “regret” the relationship to this extent, but what’s commendable is that Zendaya still didn’t bother identifying him and continue to heal by flourishing in her career and in her friendships. In fact, she’s made such wonderful friends throughout her career that the media couldn’t tell if they were lovers or not.

Zendaya and Tom Holland, for example, struck a great friendship on the set of the Spider Man movies. Rumors of their romance spiked after one of Zendaya’s family friends allegedly confirmed on social media that the pair were together “on the low.”

But alas, it turns out that those were nothing but rumors — Tom Holland confirmed he was single as of July 2019, and Zendaya affirmed that Tom was “one of [her] best friends.”

Zendaya has also been linked to her Euphoria co-star Jacob Elordi. The two were spotted vacationing in Greece and were even caught kissing in February 2020. It appears to have been a short romance since Jacob is now seeing Kaia Gerber. Before the Tom and Jacob sightings, she also had a brief relationship with NFL star Odell Beckham Jr.

After getting cheated on, she’s reserved about “committed” relationships

In August 2017, Zendaya revealed in a video Q&A that she’d been cheated on before in a relationship. Seeing how Zendaya never publicly confirmed her relationships, it’s hard to know the identity of the man in question. Though the timelines once again point the finger at Trevor Jackson.

Zendaya said in the interview that she doesn’t want to paint all men with the same brush due to her isolated experience. But she does tell her fans that if they feel like there is cheating “happening,” then it probably is. She added that if you feel like you can’t trust your partner, regardless of whether or not there is cheating, you probably shouldn’t be with them in the first place.

Zendaya also explained that she’s opposed to the idea of young people jumping too hard into long-term, committed relationships because they might not know the difference between right and wrong. They lack the emotional development that comes with maturity and experience and therefore are prone to making more mistakes or getting hurt.

That’s why I’m so anti being in a committed relationship when you’re young and people are learning and growing […] That’s something I learned, is that it’s very hard to be in a relationship when the both of you are still figuring out life. You cannot change anybody. You cannot make someone grow up faster than they’re supposed to.

Instead of directing her efforts on finding a boyfriend, Zendaya is focused on seeking new experiences and creating thought-provoking art. On her app, Zendaya shared what she’d done after a “bad break-up,” and it’s all about self-love, growth, and understanding oneself better.

Here’s how I got through [the break-up]. I started forcing myself to have a lot more fun. I tried new things—going out and just doing more stuff. A healthy relationship does not mean you need to be with that person 24/7.

Zendaya on Zendaya the App

Though Zendaya is cautious about dating and relationships at the moment, she isn’t necessarily hostile to the idea. She’s worked out the kind of guy she wants to be with, and she wants to make sure that he isn’t a bad decision.

With anybody you’re with, you have to have a layer of respect, courtesy, understanding, and tolerance. It’s also important to have somebody who makes you laugh. If someone can’t make me laugh, then that’s wack.

Make sure your relationships are worth your time and your emotions

Being in a relationship with someone is a tough job  — you’re essentially giving away a part of yourself to someone else in order to be a cohesive unit. You’re revealing your cards and becoming vulnerable to build a long-lasting connection. Not all relationships are going to be gems, and that’s part of life.

But in order to keep that number from spiking too high, we have to be cautious about who we let into our lives. We have to ensure that we are learning and growing with them and that they won’t pick up and leave at the slightest problem. If we can follow in Zendaya’s footsteps, the wait will be worth it.