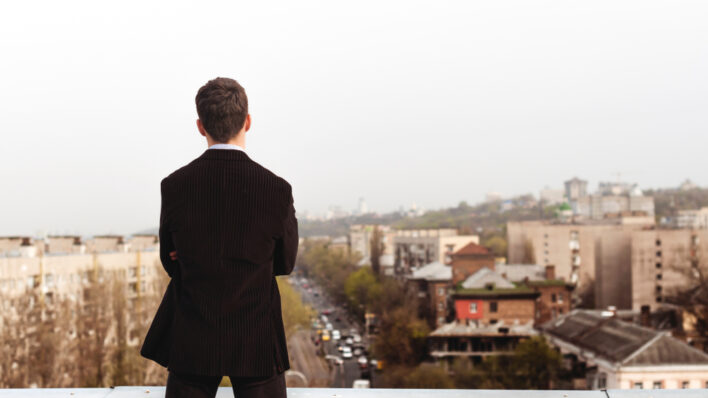 5 Key Moments that Changed My Whole Perspective On Life

Throughout your life, there are certain moments that fundamentally change you and your perspective. This could involve finding a new
By Matt Valentine    May 24, 2018

Throughout your life, there are certain moments that fundamentally change you and your perspective.

This could involve finding a new viewpoint for world events, your relationship with another human being, or discovering some hidden truth that unlocks new wisdom. For me, most of these life-changing moments have come in the past 10 years or so, the time since I graduated high-school and “set out” on my own. Maybe it’s the same for you.

These moments have been, for me, life-changing. You can’t plan such moments and you have no idea when they’ll hit you. However, they make you who you are and, if you let them, they can have a hugely positive impact on your life– assuming you look at them constructively.

Here are five moments that changed my whole perspective on life and have helped make me who I am. They might be able to help you see things in a different light or spark an idea that leads to something amazing.

Perspective is everything when you are experiencing the challenges of life.

For several years after I turned 20, I sold insurance and basic securities. I know, exciting. But what I learned really came from the culture of the office and not the business itself.

Up until then, no one had taught me the value of hard work. I had people in my life who worked hard, but I didn’t like what I saw– they worked hard to make money and be miserable. So, I felt a bit lost and without guidance.

There were no conversations about following my passion or listening to my heart either, so combined with typical teenage apathy, I kind of ended up somewhere between confused and discouraged before even getting started.

That’s why being in that office, in that culture, was such a significant shift in my perspective. Hard work and dedication were demanded. Intense focus and clarity about your goals and where you were going was encouraged heavily. You did whatever you needed to do to realize your goals and didn’t quit until you got to the finish line.

I realized after a while that, surprise, I didn’t want to sell insurance for the rest of my life. However, those moments completely changed how I behaved as a person and my perspective on life. I was now driven, focused, and knew how to get things done. For that reason, I look back on those moments with gratitude and appreciation.

2. Sitting Zen – Happiness is found in each moment of wakefulness Shortly after leaving the insurance business, my obsession with Bruce Lee and the martial arts would lead me to discover Zen, Buddhism, and far Eastern wisdom.

The practice of meditation– and the accompanying wisdom within the Zen tradition in particular– literally turned my life on its head. Zen wisdom told me of the importance of cutting through to the truth, and nothing about making money or becoming “financially independent”, which is all I ever heard selling insurance. It was so different from what I was used to hearing over the several years beforehand that it actually made me feel uncomfortable. But I knew I was onto something and needed more.

Meditation was really where my life changed, though. It made me look at the life in a whole different light. My ideas of success were now being challenged regularly and I felt a growing sense of contentment that, I feared, would threaten my drive to succeed.

I had been told for so long that happiness was found at the end of the “rainbow” after years of hard work. And yet, here I was now finding happiness in the little moments of each day and feeling perfectly happy just as I was. The shift in my perspective was nothing short of groundbreaking. It was a beautiful and confusing time of self-discovery.

At one point, while in a transition period in my writing career, I drove Uber to make ends meet. It’s not something I’m particularly fond of talking about, however, the experience itself had a significant impact on me as a person that I’ll always cherish and it offered an invaluable lesson that people really need right now.

I can’t speak for anyone else, and where I drove (the mixing pot of Los Angeles, California) was partly responsible for this, but Uber taught me some pretty big lessons about people.

I drove people from all across the U.S., wealthy and not, Canada, South America, Africa, Australia, the U.K., Spain, France, China, Japan, South Korea, Philippines, and elsewhere. The conversations were often in-depth and involved both of us opening up quickly because we were both strangers who would never see one another ever again. It was the expected Uber “experience.”

I learned just how alike we all are; that who we are on a fundamental level goes far beyond accent, skin color, sex, culture, or profession. It was extraordinary just how alike all the people I met were. We all want to meet nice people, be happy, and enjoy our life. Conflict and disagreement happen at the intersection between expectation and discontent and, if we can see beyond that, we could all be a lot happier and more at peace.

4. Meeting my lost family – Love, dedication, and the power of sticking together

Much of my childhood lacked deep personal connections. I wasn’t raised to be open and transparent with immediate family and, from an early age, my extended family had been slowly falling apart. It happened as soon as my grandma passed away when I was 10.

Aunts and cousins were dropping out of family gatherings, arguments were more common that led to family members never showing up again for Christmas, and pretty soon I could count the number of people that showed up to our house for the holidays on just two hands. And then one.

I never met my dad and didn’t have communication with that side of the family until I was in my mid-20s. But that’s actually where things get good.

Just two short years ago, I planned a big trip with my own family to meet everyone in Florida. Long story short, they were incredibly warm and welcoming in a way that was completely foreign to me. They loved and stuck with one another no matter what, something that completely baffled both my wife and me, who came from families who had all but fallen apart.

They taught me what it meant to love and stick together with those who matter, lessons I’ll always keep with me and hope to pass on to my kids.

I’ll always appreciate the hard work ethic and drive I cultivated selling insurance, as well as what I learned about desire, associations, and goals, but it led me to feel lost about myself because all the business ever preached as far as profession was making a ton of money.

Even after starting my meditation practice, I still found myself searching for a way to realize monetary success and even, at times, pushed so hard toward that end that I threatened my own success due to a lack of authenticity and consideration.

My old self from high-school– the artist, writer, and poet who imagined his own stories and dreamed of becoming a manga writer in Japan as a kid– had become lost and needed to begin the long journey back to finding what it was that I really wanted to do with my life.

One day, I got an email from a writer I followed on social media about getting over the fear to follow your passion. It was a pretty common topic but something that hadn’t resonated with me until then, probably because I had convinced myself I was already following it. I was in a moment of my life where I was questioning everything– once again– and trying to figure it all out and the message hit me like a 10-ton truck at full speed.

I was still making decisions based on what would make me happy and monetarily successful. I was making decisions based partly on what society and my own fear of failure dictated. The problem with that is you etch things out of your mind which might be your true passion just because society– and therefore your mind– has deemed them hopeless pursuits. If they don’t check off both boxes, they’re not considered.

It was in that moment that I found myself again. That high \[school boy, the artist, who while acquiring several incredible lessons along the way had largely lost his heart all those years and forgotten what filled him with passion and purpose.

Fear and the pressure of societal expectations had driven my life on a subconscious level for years– but no longer. I realized that a life lived not following one’s passion is a life wasted– filled with regret and “what ifs?”.

Life is short and never perfectly safe, no matter how hard you try to surround yourself in a perfectly protected bubble of self-comfort, so you either take the risks or life will take them for you. You live with risk, knowing you gave your all to realize your dream or die with regret not knowing what could have been.

Looking to broaden your perspective even further today? Check out our article on Bob Marley quotes.