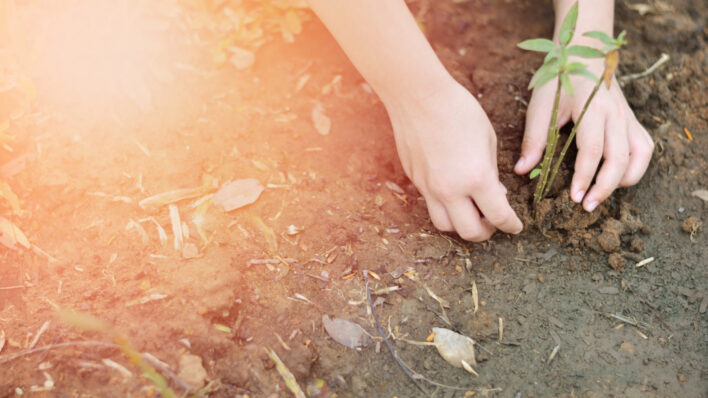 8 Things They Definitely Should Have Taught You in School

Most of us realize very quickly that when you graduate, the real education begins. But why is that? Is that
By Matt Valentine    November 9, 2017

Most of us realize very quickly that when you graduate, the real education begins. But why is that? Is that

Most of us realize very quickly that when you graduate, the real education begins.

But why is that? Is that just how it is or is the average school system out of whack? I don’t know if you feel the same way, but most of what I learned in school has never been of any use in actually helping me live better. That is, with the exception of a few major things like learning to read, write, basic mathematics, and a few others, most of which we learn by the first grade.

It’s true that we learn best through experience, and once we graduate we step out into the “real world” and do exactly that. But there’s so much we could be taught in school that would help us immensely — so much that we really need to know to live a happier, more meaningful, and more productive life. 10 Things They Definitely Should Have Taught You in School

What makes a child gifted and talented may not always be good grades in school, but a different way of looking at the world and learning.

There’s so much we should have been taught in school that we didn’t learn. And I’m not the only person saying this. Notable figures like Warren Buffett and Ken Robinson’s wildly popular TED talks being two examples.

The problem with the system now is that it was designed during the Industrial Revolution to produce workers who would move the economy forward. This was never well-suited for many of our natural talents, and is now an arcane system that doesn’t fit the modern world. And the worst part about it is virtually every major school system in every country known to man still functions the same way. Sure, there have been improvements, but very slow improvements.

So, what do I believe we should have been taught? I think there are eight things they definitely should have taught you in school:

No, not economics. I mean the basics of effectively managing your money. How much you should spend on what depending on how much you earn, the importance of saving, emergency funds, the role of insurance, etc. These are all critical lessons we learn after graduating that all fall under the banner of finances (and if you did learn this in school, because it’s the only one on this list there’s actually a chance you did if you were really lucky, then awesome).

Want more? How about the effect student loans have on a person’s entire financial life after graduating college. I know people who would have chosen a more entrepreneurial path based on this fact alone.

2. Resiliency training and how to deal with strong emotions

We’re living in an incredible time. Now, certain skills and qualities are being proven by scientific research to be highly valuable and effective for dealing with severe conditions or simply in daily use. One of those skills happens to be resiliency.

Resiliency is essentially toughness and it’s defined as “the capacity to recover from difficulties.” That would seem like a pretty basic and incredibly significant thing to teach in schools given how tough life can be at times. Unfortunately, until recently, many important qualities or character traits like this weren’t a part of any school curriculum.

Luckily, that’s changed somewhat now, but really, this is a pretty significant thing we should have been taught about.

Another quality (and practice) now with heavy scientific research to back it up is mindfulness. Mindfulness is essentially awareness (most specifically self-awareness), but it’s more than just a quality– it’s a practice.

Self-awareness is such an important quality that it literally affects everything we do each and every day. Gary Vaynerchuk of VaynerMedia considers it to be the most important quality of any to be successful, saying “If I could wish one skill on people it would be Self Awareness.”

4. The interdependence of the world and its resources

Did you know that we depend on the world’s coral reefs for the development of important medicines that treat cancer, Alzheimer’s, heart disease, certain viruses, and many other diseases? If you didn’t, don’t worry, most people don’t either.

Now, more than ever, it’s critical that everyone understands just how important it is that we take care of our home here on Earth. And the first and most important thing to understand is just how much we depend on the Earth to provide us with everything we need to live (and thrive).

The fact that so many treat the Earth like it’s some piece of trash we can throw out and just keep getting an infinite amount of resources back to keep living the same comfortable lives we’ve been enjoying for so long is no surprise when you consider that environmental issues are just now getting a small place in many school curriculums.

There are professions and then there are the vehicles we use to pursue those professions. One such vehicle that is rarely discussed in school is entrepreneurship. For some of us, we just do better working for ourselves. For others, solving problems comes naturally and we’d love (and would be great at) entrepreneurship.

Because of how important entrepreneurship has always been to a growing economy, you’d think more time and effort would go into representing it as a viable career path. Unfortunately, that’s still not the case. However, this becomes a bigger problem when you consider how much entrepreneurship has changed over the past ten years.

I don’t know about you, but the full extent of the school system helping me discover what I wanted to do with my life was in a few career tests along the way that typically suggested only a few professions.

The problem is, these tests were horribly designed. They’ll never be able to tell that you naturally express yourself through moving your physical body and would make a great dancer. In fact, in the school system here in the United States, they’re never going to tell you to be a creative of any kind.

This is unfortunate, because discovering what you love and following that passion is one of the most important things of all. Not only are we more productive and effective when we’re doing something we love, we’re obviously happier!

7. How to discover your natural strengths and talents

The problem is, there are so many things that people are great at and which would contribute great gifts to the world that those tests were never designed to catch (again, like any creative talent or something like resourcefulness).

We’re naturally highly social creatures, so much so that it could very well be the most important quality for our survival. So, it goes without saying that to live effectively you need to learn how to communicate effectively.

While it is unfortunate that none of these points were a part of the average school curriculum for us growing up, the great news is, you can always change that. Each and every one of the points above is something you can begin working on today to improve yourself and make your life better and brighter.