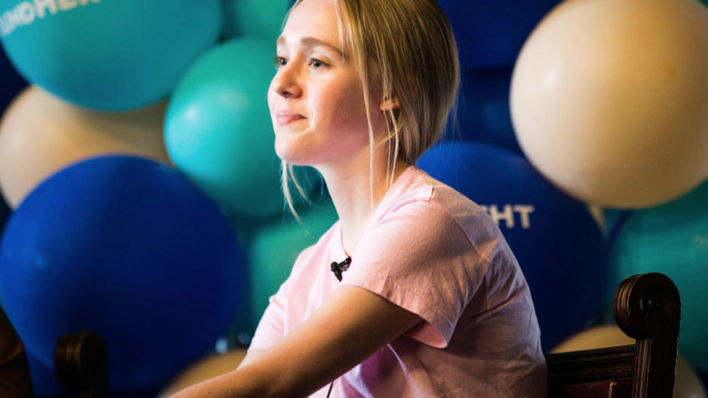 “One day, when you’re all grown-up, you’ll have your own money,” most parents tell their kids. A teenager in England
By Bryan Liquor    December 1, 2020

“One day, when you’re all grown-up, you’ll have your own money,” most parents tell their kids.

A teenager in England with an eye for opportunity preferred not to wait. At 19, Beau Jessup now sits atop a million-dollar business and is writing her own rules. The story of how it all happened contains a priceless lesson on resourcefulness.

When school was out, her friends were out socializing and shopping. But Jessup was often in China, accompanying her father Paul on business trips. Holidays for her were quite different — her schoolmates would go to Cornwall and she’d end up at the Great Wall. And it sure helped broaden her horizons.

During one trip, one of her dad’s associates, Mrs. Wang, asked Jessup an odd favor: Could the young girl help her name her three-year-old daughter?

Though caught off guard, the then 15-year-old Brit wanted to help. “I was surprised by this because having the responsibility to name a child is quite important. I wanted to take it seriously.”

She first asked Mrs. Wang a bit about her daughter, and the woman revealed she wanted people to be surprised by the things her daughter was capable of achieving. Finally, after some thought, Beau came up with Eliza, inspired by the fictional heroine from the book “My Fair Lady,” Eliza Doolittle. Delighted, Mrs. Wang went with the name!

Turning insight into a full venture

Most teens would probably send a funny tweet about the interaction and move on. Not Jessup. She decided to dig deeper. After doing some research, she realized that Mrs. Wang’s request was far from odd. In fact, finding the right English name for their child is a common dilemma among Chinese parents.

As Jessup discovered, Chinese naming traditions are particular. Outside of mainland China, traditional names can be difficult to read, pronounce or remember. What’s more, the characters can’t be used to register email or purchase through most online sites outside of Chinese sites, so parents usually also give their children an English name.

Chinese parents seeking advice have few places to turn to for inspiration. Most websites are either censored or only available in English. That often leaves them unsure of how to name their child, and it even results in surprising names like Cinderalla, Furry, Eleven and Mars.

Not necessarily a bad thing, but some parents prefer to take a more formal route.

In short, finding the right English name can be a challenge for Chinese parents. And, at the time, there was no one stepping up to meet that need.

Combine that with China ending its longtime one-child policy, which sent birthrates booming, and Jessup was sitting on a goldmine!

Executing on what started as an idea

Taking out a $1,500 loan from her father, Jessup created Special Name, a website offering a quick, inexpensive way for Chinese parents to find meaningful English name ideas for their child.

With pop’s seed money, she hired a freelance web developer to create the site. Meanwhile, in between classes, Jessup started building a name database.

She pored over baby name books of culturally appropriate names, which were linked with certain personality traits like honest, optimistic or intelligent.

Everyone thought it was crazy, and some of my friends were like, ‘What, is this what you are doing, do you have a business?’

The process is simple: The user selects five personality traits, and the Special Name algorithm generates three names — along with three famous people who share that name.

The results are even integrated with the popular Chinese chat app WiiChat so users can share them with friends and family to avoid “cultural mistakes.” All within three minutes.

When Special Name went live, the demand for the service exploded.

Jessup generated the first 162,000 names for free. Then, seeing a clear proof of concept, she started charging a nominal fee. It added up fast. Six months later, she had made more than $60,000 naming 200,000 babies.

I don’t always have an entrepreneurial brain. I do come up with ideas, but predominantly, my interest is in human nature, and I think that’s why the business has developed that way it has

The site is self-sufficient but has a small team for upkeep. There is even talk of people wishing to buy the business.

So what does Jessup plan do with all that money? Like a true entrepreneur, she’s investing it.

First, in herself by paying her university fees (she’s studying social anthropology at the London School of Economics).

Second, she intends on investing some of her earnings in property.

Oh, and before any of that, she’s paying back her father’s loan — with interest.

Eyes that look are common, eyes that see are rare

It’s easy to dismiss Jessup’s success as being at the right place (China with her dad) at the right time (Mrs. Wang needing help, China removing its one-child policy).

Although opportunity did knock, it was Jessup’s actions that set the wheels in motion. And her move also came from a place of service, not sales. “It occurred to me that if Mrs. Wang needed this service, then maybe other parents would as well,” she told CNBC.

With purpose, she leveraged all of her resources — her father, a programmer, children’s books — to realize her vision.

We can all prosper with an attitude of service and a will to make it happen.