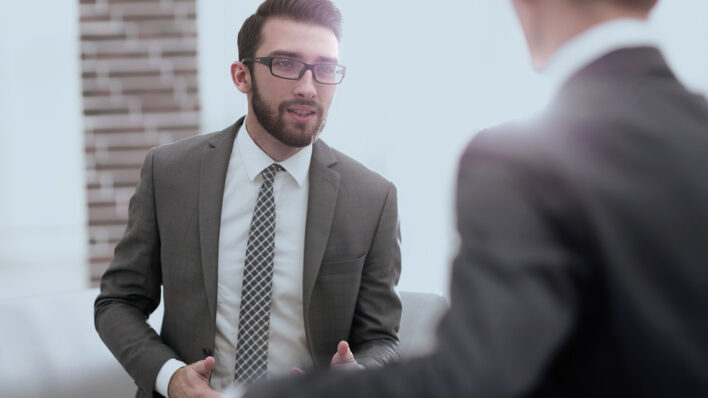 Leadership is a critical skill for anyone in a position of working with people or moving them to action. But
By Matt Valentine    March 22, 2018

Leadership is a critical skill for anyone in a position of working with people or moving them to action.

But what makes a world-class leader? What are the critical skills that separate successful entrepreneurs and CEOs from less successful ones? That’s what Elena Botelho and Kim Powell or advisory firm ghSmart sought to find out.

Botelho and Powell studied over 2,600 of the world’s top business leaders over a combined 13,000 hours of interviews, combined with ghSmart’s two decades of insights on the subject, to uncover the fundamental qualities of world-class leaders.

In their book, The CEO Next Door: The Four Behaviors That Transform Ordinary People Into World-Class Leaders, Botelho, Powell, and co-author Tahl Raz break down many of the myths surrounding what makes a great leader, such as being bred for success at an early age.

What they say makes a world-class leader has nothing to do with a privileged upbringing, but rather, four qualities that anyone can learn and develop over time:

The first quality, decisiveness, is all about being able to make both fast and quality decisions. “Pound for pound, making faster decisions is where the most-effective CEOs stood out,” says Botelho.

However, the authors point out that speed is far more important than the quality of those decisions, perhaps because intuition and conditioning keep us from overthinking in many cases anyway.

Decision-making is a quality that entrepreneurs in particular have in spades. Often, what separates a great leader from a bad one is the willingness to make a decision in tough situations.

Where most people will freeze and become indecisive, the world-class leader has a clear mind, ample experience, and a strong intuition to make speedy decisions that will lead to success.

In a world where new technology, markets, and social platforms are created at such a rapid pace, adaptability is more important than ever. However, it’s always been a make-or-break quality for CEOs, entrepreneurs, and anyone in a leadership position.

Botelho says that entrepreneurs have a distinct advantage here because they tend to look for what works and go with that instead of holding onto a particular career investment.

Also important, the authors found that, “the best founders never lose touch with what it felt like to walk in the shoes of their customers.” This is important because it helps them stay in touch with their customers and understand where they’re going.

The authors say that CEOs and founders should seek to constantly review every aspect of the company, from how a product serves its customers to the way teams are structured, to make sure the company will be able to meet future needs and adapt to change.

One of the most critical qualities of every great leader is their ability to move people to action. What differentiates great leaders and those who are simply productive solo workers is that they know how to tap into emotions and engage others to also be productive and play their part in moving the business forward.

Entrepreneurs and those who are pursuing what they love have a distinct advantage here because they’re compelled by the power of passion. That passion exudes from them and is impossible to ignore. Nothing moves others into action better than the infectious quality of genuine passion and excitement.

In addition to this, world-class leaders are also very resourceful. Whether it’s sourcing supplies or new hires or solving problems, great leaders know how to engage with others in a way that produces results. Botelho says the most successful founders throughout the study “were able to get the best engineers from day one.” Lastly, but certainly not least, reliability is the ability to be consistent in the way that you work and hold to your promises when dealing with others.

According to Botelho, consistently doing what you promise is the single most important trait of a great leader. During their study, Botelho and Powell found a strong connection between reliability and the ability to drive results. Such a strong connection that more reliable CEOs and business owners were as much as fifteen times more likely to drive results than less reliable ones.

Botelho notes that this is a weak spot for most entrepreneurs. But developing the habit of fulfilling promises no matter what will significantly increase their chances of success.