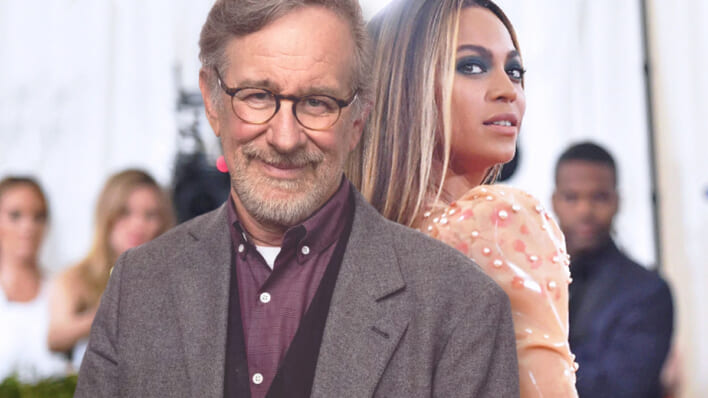 Neither Beyoncé nor Spielberg started winning from the beginning. If it’s anything they can teach us, it’s that the most important thing about failure is what you learn.
By MJ Kelly    May 24, 2022

Neither Beyoncé nor Spielberg started winning from the beginning. If it’s anything they can teach us, it’s that the most important thing about failure is what you learn.

What do Beyoncé and Steven Spielberg have in common? They’ve both failures. Or at least… they were at one point.

No one likes to fail. Not even Beyoncé or Steven Spielberg, and it can be hard to imagine they ever did.  Most of us have watched Beyoncé, who’s been in the spotlight for over two decades now, evolve into pop royalty. Steven Spielberg, meanwhile, has proven himself to be one of the most influential filmmakers of all time. But it wasn’t a smooth ride to the top for either of them.

RELATED: At Almost 40, Beyoncé Finally Reveals Why She Had to Hide Her Real Self

Both Beyoncé and Steven Spielberg overcame challenges early on in their careers that could have derailed them, but they chose to hold on tight and persevere.

Failure hurts. It can feel devastating and humiliating; and yet, while many of us spend our lives trying hard to avoid it, it’s an inevitable part of life. Luckily, we can actually learn from failing.

By reframing how we view and understand failure, it can become a stepping stone to future success, and accepting failure is growth. Even the wildly successful celebrities we admire have failed along the way, which brings us again to Beyoncé and Spielberg.

How Beyoncé Turned Failure Into Action

It’s hard to fathom, but prior to the reign of Queen Bey, Beyoncé faced a number of obstacles early on in her music career.

Displaying talent for song and dance in childhood, her parents encouraged her to pursue her interests, and by the age of seven, Beyoncé won her first talent show, after she beat contestants twice her age with her performance of John Lennon’s “Imagine”.

Then at nine years old, she and her friend Kelly Rowland were chosen to form an all-girls hip hop group called Girl’s Tyme. Like many showbiz hopefuls, Girl’s Tyme’s manager signed them up to compete on Star Search in 1993, but to everyone’s surprise, they lost… to a band called Skeleton Crew.

RELATED: 5 Daily Habits to Steal from Beyonce, Including Her Powerful Trick for Loving Her Flaws

“In my mind we would perform on Star Search, we would win, we would get a record deal, and that was my dream at the time. There’s no way in the world I would have ever imagined losing as a possibility,” remembered Beyoncé.

Up until that point, she’d collected a lot of wins, so the loss came as a shock at first, but she redirected her initial disappointment into action. Determined to not let the group’s potential go to waste, Beyoncé’s father, Mathew Knowles, quit his job to manage Girl’s Tyme on a full time basis.

After changing their name to Destiny, Beyoncé and the girls signed a deal with Elektra Records. But before they even got a chance to release an album, they were dropped by the record company less than a year later. It was yet another devastating blow, but the team was determined, until Elektra’s loss became Columbia Records’ gain in 1996, and Destiny became Destiny’s Child.

After enjoying phenomenal success, Destiny’s Child eventually parted ways and Beyoncé launched her career as a solo artist. “My mother taught me the principles of hard work, setting my own goals and visualizing my future,” Beyonce told Essence.

Throughout her career, Beyonce has modeled determination, drive and discipline and today, she is the most Grammy-awarded female artist of all time. Can you imagine if she’d given up on her dream following her 1993 Star Search loss? The world would be a lesser place because of it.

Steven Spielberg spent his teenage years dabbling in filmmaking, but his dreams of making it big were nearly shattered after the University of Southern California (USC) rejected his application not once, but three times.

He was turned down because his “C” average didn’t meet the film school’s academic threshold. His clap-back at the time was pretty spectacular: “‘Well,'” he remembers saying at the time, “‘I understand you allow people in football and basketball to play here and they have C averages,’” remembered Spielberg. “’If you can make a basket or throw a football, you can get in here, too.’”

He wasn’t ready to give up quite yet, though. Set on studying film, Spielberg tried his luck again and applied to California State University, Long Beach (CSULB) film school. This time, he got in.

Not long after his acceptance into the program, he landed an internship at Universal Studios, where he completed his first short film, Amblin. After the film caught the attention of Sid Sheinberg, who was vice president of Universal at the time, Spielberg was offered a seven-year directing deal with the company. This made him the youngest film director to ever secure a long-term deal with a major studio.

He eventually dropped out to pursue his directing career full time, but returned to CSULB decades later and completed his degree in 2002. What would life even be without films like Schindler’s List, Jaws, Indiana Jones and E.T.?

The Lessons about Failure Beyoncé and Steven Spielberg Can Teach Us

It’s crazy to think that the world could have been deprived of these two incredible talents had they stopped trying when they experienced failures. Perhaps what’s most inspiring is not their myriad of accomplishments, but what they had to overcome before getting there.

Beyoncé and Steven Spielberg’s rocky paths to success remind us that no one is immune to failure and that, in fact, failing is a key part of the process of reaching our goals.

Next time you’re faced with a setback, no matter how big or small, remember what matters most is how you react to the perceived failure.

Of course, it’s important to let ourselves feel disappointed, or even scared, but the key to eventual success lies in our ability to keep moving forward. Beyoncé and Spielberg didn’t let failure define them. Why should you?