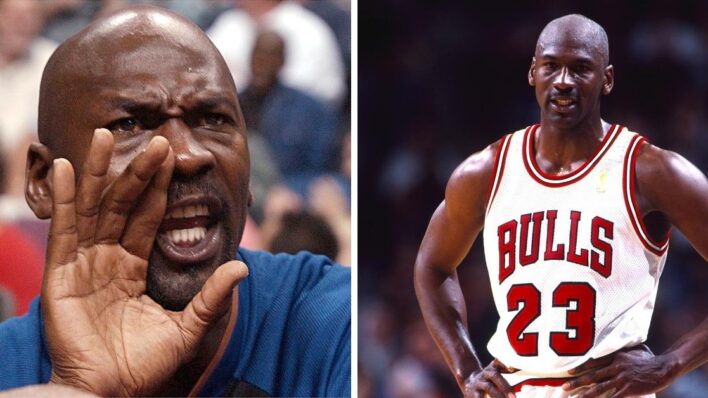 Michael Jordan is the kind of celebrity that doesn’t need any introduction. His unparalleled accomplishments and hard work have turned
By Flavia Medrut    August 11, 2020

Michael Jordan is the kind of celebrity that doesn’t need any introduction. His unparalleled accomplishments and hard work have turned him into one of the most impactful players to ever grace the court — he is a living legend.

In April this year, ESPN and Netflix have released a sports documentary called The Last Dance. The miniseries revolves around Michael Jordan’s career with the Chicago Bulls. It depicts everything from the great effort, hard work and dedication that led MJ and his team to winning six NBA Championships.

For many years now, Jordan’s been enjoying an amazing reputation as the greatest basketball player of all time, but things could’ve been totally different if the star hadn’t accepted failure as part of his success.

He wasn’t born a champion nor had a raw talent for playing basketball. But he did have something that separates a champion from the average player: he’s relentless and has never, ever gave up once he set his mind to achieve something.

Whenever we fail, we get discouraged and afraid to try again. This is a common behavior for most of us, but not for the basketball star. So here are five life lessons you can learn from Michael Jordan, lessons that will change your perspective on failure.

1. Failure is the natural path to success

As previously stated, MJ is no stranger to failure. Perhaps the biggest failure that went on to define the person he is today, arrived when he was still in high school. He was cut from the varsity basketball team because he wasn’t good and tall enough.

This type of news would probably destroy any teenager’s dream of becoming a professional basketball player. Most would probably give up and try something different. Imagine if at that moment Jordan would’ve decided that basketball was simply not for him.

What did he do instead? He wiped his tears and practiced until he became good enough. He didn’t let his coach decide his future career. From a young age, he understood that failure doesn’t define a person, but the power to get up and try again.

I’ve missed more than 9,000 shots in my career. I’ve lost almost 300 games. Twenty-six times, I’ve been trusted to take the game-winning shot and missed. I’ve failed over and over and over again in my life. And that is why I succeed.

2. If you want something badly enough, you’re going to get it

Jordan’s former head coach at the University of North Carolina shared a story about the player’s determination to become the best. He remembered him saying “I’m going to show you, nobody will ever work as hard as I work.” And he kept his promise.

If you’re trying to achieve, there will be roadblocks. I’ve had them; everybody has had them. But obstacles don’t have to stop you. If you run into a wall, don’t turn around and give up. Figure out how to climb it, go through it, or work around it.

Watch this Goalcast video on what Michael Jordan did when they told him he was ‘too short’:

3. You grow and become better in time

Back in 1993, everyone was baffled when MJ decided to retire from playing basketball and transition into baseball. He and the Bulls have just won their third NBA Championship so why change directions now?

He wanted something else and wanted to test his limits again. He was already a great basketball player and becoming just as great at baseball was a massive challenge that he took on.

He struggled with batting at first, but he continued practicing like no one else and got better in time. His work ethic was amazing and his philosophy simple — if you want to get better at something, you have to practice, you have to commit to upgrading yourself.

4. Live in the present

In The Last Dance, there’s a scene where MJ is celebrating another championship win and one of the reporters asked him “Is there another year in ya?” He replied: “It’s the moment, man. Get in the moment and stay here. Just stay in the moment till next October, then we’ll know where the hell we are.”

Be present in the here and now and allow yourself to truly celebrate your achievements. Don’t dwell on the past nor worry about the future. Set goals but enjoy what you have now and don’t worry about missing a shot you haven’t even taken yet.

5. Step up your game

In 1995, the Chicago Bulls were eliminated from the NBA playoff by the Orlando Magic and this broke MJ’s heart. But instead of taking some time off after the season, he got back on the court the very next day to improve his game.

Sometimes you’re going to lose, but that doesn’t mean that you’re not good enough. It only means that the next time you should try harder. There’s always room for improvement and there are always other ways to achieve your goals. You just need to figure them out.

If it turns out that my best wasn’t good enough, at least I won’t look back and say I was afraid to try.

As you can see, Michael Jordan wasn’t born with a special talent, he simply cultivated it. He turned every failure he had to face into a challenge to become better. He understood that growth comes from overcoming failures, not by playing it safe and avoiding them.

MJ developed grit and realized that we, as humans, are the only ones limiting our greatness. You’ll sometimes fail, but that doesn’t make you a failure. Learn from your mistakes, work on your strategy, be better than you were yesterday, and don’t let a defeat define you as a person.

If you quit once it becomes a habit. Never quit!