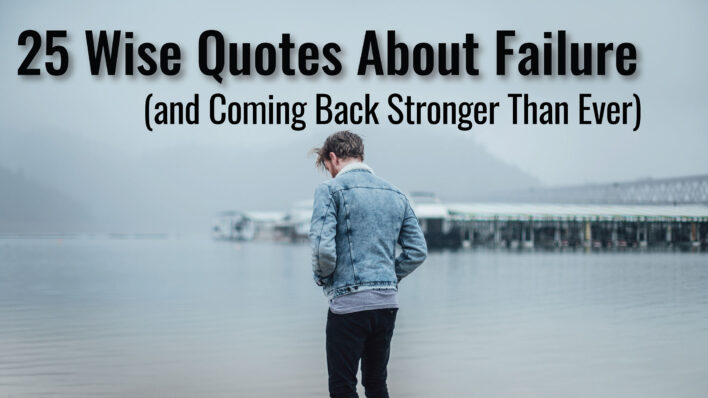 25 Wise Quotes About Failure (and Coming Back Stronger Than Ever)

Sometimes failing hits us so hard that we find it nearly impossible to get back up on our feet. Here are the best quotes about recovering from failure.

Sometimes failing hits us so hard that we find it nearly impossible to get back up on our feet. Here are the best quotes about recovering from failure.

The fear of failure; the monster that kills dreams before they are even born. How many of you didn’t dare to even think about doing something because you knew you weren’t good enough?

We restrain ourselves from living we want because we fear that trying and failing would totally destroy us. In fact, not trying at all is our real enemy.

Some of us take the risk, fail once or twice, and decide to give up. But many of the greatest people in history failed so many times that it made them feel like imposters. In spite of that, they didn’t stop trying and eventually achieved their goal.

Dr. Seuss’ first book, And to Think That I Saw It on Mulberry Street, was rejected 27 times.

Throughout his adult life, Charlie Chaplin failed numerous times, yet he’s still one of the most famous comics ever.

Colonel Sanders failed in just about every endeavor he was involved in. However, at the age of 65, he set out with his famous KFC chicken recipe.

Albert Einstein was considered a major failure by his own father. J.K. Rowling was a single mother living on welfare – when she finished writing the story of Harry Potter and the Sorcerer’s Stone, 12 major publishing houses rejected the book.

The list is significantly longer, but we hope that these examples alone are enough to make you reconsider your perspective on failing.

Here are 25 quotes about failure and recovering from it:

Remember your dreams and fight for them. You must know what you want from life. There is just one thing that makes your dream become impossible: the fear of failure.

At the end of the day, you are solely responsible for your success and your failure. And the sooner you realize that, you accept that, and integrate that into your work ethic, you will start being successful.

A little more persistence, a little more effort, and what seemed hopeless failure may turn to glorious success.

You may encounter many defeats, but you must not be defeated. In fact, it may be necessary to encounter the defeats, so you can know who you are, what you can rise from, how you can still come out of it.

Any fact facing us is not as important as our attitude toward it, for that determines our success or failure. The way you think about a fact may defeat you before you ever do anything about it. You are overcome by the fact because you think you are.

Women must try to do things as men have tried. When they fail, their failure must be but a challenge to others.

Failure will never overtake me if my determination to succeed is strong enough.

Rock bottom became the solid foundation on which I rebuilt my life.

When you believe in your dream and your vision, then it begins to attract its own resources. No one was born to be a failure.

Knock me down nine times but I get up ten

There can be no failure to a man who has not lost his courage, his character, his self-respect, or his self-confidence. He is still a King.

Far better is it to dare mighty things, to win glorious triumphs, even though checkered by failure… than to rank with those poor spirits who neither enjoy nor suffer much, because they live in a gray twilight that knows not victory nor defeat.

A failure is not always a mistake, it may simply be the best one can do under the circumstances. The real mistake is to stop trying.

Think twice before you speak, because your words and influence will plant the seed of either success or failure in the mind of another.

I thank God for my failures. Maybe not at the time but after some reflection. I never feel like a failure just because something I tried has failed.

Sticking to good habits can be hard work, and mistakes are part of the process. Don’t declare failure. Instead, use your mistakes as opportunities to grow stronger and become better.

It is impossible to live without failing at something, unless you live so cautiously that you might as well not have lived at all, in which case you have failed by default.

We all learn lessons in life. Some stick, some don’t. I have always learned more from rejection and failure than from acceptance and success.

Failure is unimportant. It takes courage to make a fool of yourself.

If you fall during your life, it doesn’t matter. You’re never a failure as long as you try to get up.

Everything you want is on the other side of fear.

95 Depression Quotes for When You’re Feeling Down 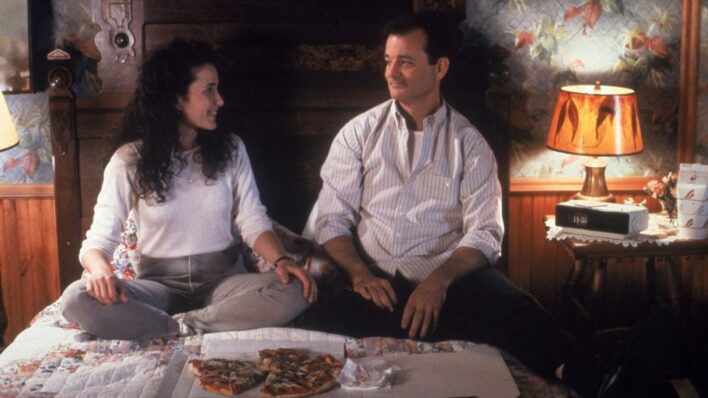 The Best Love Quotes for Him and Her