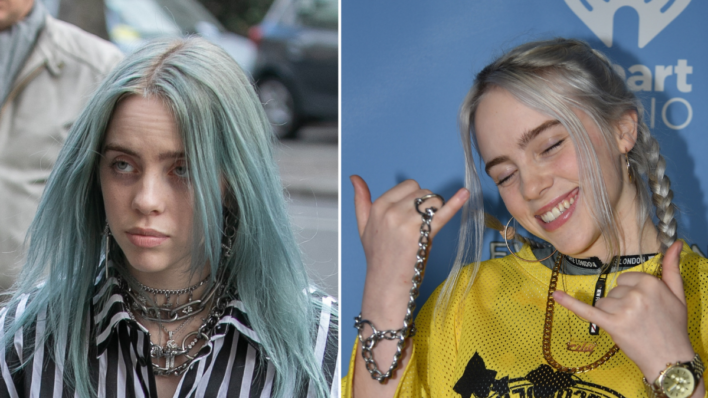 Billie Eilish gets candid about relationships, failed romances, and how she believes the right person will show up when it’s time.

Billie Eilish gets candid about relationships, failed romances, and how she believes the right person will show up when it’s time.

Billie Eilish might only be nineteen, but her perspective will resonate far and wide.

As a young, celebrated female artist on the scene, there is considerable, continuous speculation regarding Billie’s love life. You’d expect an adolescent like her to be a diehard romantic, someone with naïve ideas about human connection, commitment, and attraction; someone a little dramatic, a little sentimental, and far too hasty. This is the time when you sow your wild oats, of course, so why should her experience matter other than for her own development and clarity?

Billie’s candid interview with GQ underlines how she possesses wisdom beyond her years. Behind the dyed hair, baggy clothes, and mumblecore vocals exists a woman who knows herself and can recognize her emotions, even as they feel irrational or painful. There is still a world yet for her to explore, but her take on intimacy and modern-day relationships carries a profound lesson for everyone. It also explains why she continues to be single while all her contemporaries go through the flirtation process:

Billie said she couldn’t “visualize” herself being in a relationship

In the past, Billie’s dated rapper Brandon Quentin Adams, also known as Q, and went out on a date with a young man named Henry Whitford, who not only was her first kiss but is said to have inspired her hit song ‘Bad Guy.’ There was also a deep-rooted obsession with Justin Bieber, which Billie claimed often bordered on mental instability. Most recently, she has been linked to actor Matthew Tyler Vorce.

She hasn’t been romantically involved with anyone else to the public’s knowledge, but keep in mind, she’s only nineteen, and that’s still a more comprehensive list than many of us had compiled by our early twenties.

I know I will find someone eventually, but at the moment I can’t visualise it. I feel like I am a totally different person when I am with someone else. People just don’t do it for me. It’s weird.

At the time of the 2020 interview, Billie Eilish said she was single but also added she was not looking to jump back into the dating pool anytime soon. It’s not that she had forsaken the concept of finding love altogether but that she was having a hard time connecting with someone and finding them attractive on a personal level. “It is so weird, but I don’t see it for myself,” she responded when asked if she has room for a more amorous companionship. The California native doesn’t necessarily think she is doomed to be single for eternity, but only, romance was just not her concern at the time, and that she would prefer to stay focused on other initiatives.

Just because she might be seeing someone new in the present day doesn’t mean her prior statements on self-love and passion are any less valid. In fact, she even mentioned she’s not closing the door on meeting someone and forging an incredible, intimate connection with them; she trusts it will happen “eventually,” just not at the time. “People just don’t do it for me. It’s weird,” she told the magazine. She also admitted she’s a completely “different person” when she’s entangled with someone; she can’t identify herself and doesn’t understand how to deal with her rapidly transforming self.

It’s critical to consider Billie’s brief, albeit tumultuous, dating history and how it shapes her approach. Though she didn’t name any of her ex-lovers, Billie said she’d had her “heart broken” before, which certainly molds her point-of-view to an extent, but moreover, she’s never felt “powerful” with anyone before. People have taken advantage of her, hurt her deeply, and essentially lowered her self-esteem to the point she felt inauthentic and pretentious.

People have done some terrible s**t to me […] I have never felt powerful in a relationship. I did once and, guess what, I took advantage of that person’s kindness.

She also discussed how she’s never felt “desired” by an ex, and it’s become somewhat of a priority for her. Female sexuality is still a challenging subject for many in society, especially when talking about a nineteen-year-old. But there is something empowering about a woman countering objectification —which is otherwise widespread in the industry — and asserting her agency in such a startlingly honest way. As far as love goes, it’s not too surprising she’d want to cool off for a little bit and regain awareness about herself and the world before she decided to pursue something real.

When older people say, ‘What do you know about things like love?’ I know more about it than you do because I’m feeling it for the first time right now, whereas you haven’t felt that for a long time. That doesn’t mean it is any less powerful, but is definitely a different feeling.

The Happier Than Ever artist also acknowledged that she hadn’t been the ideal girlfriend on many occasions, either. In the one time she did feel “powerful,” she exploited this status change and ended up exploiting the other person’s “kindness.” Billie didn’t offer any contextual information, but it’s safe to say her romances so far have been lacking for one reason or the other. It’s not so much about blaming someone else for your failures but accepting the difficulties and flaws within yourself. If you nor the other person are capable of being kind, fair, and empathetic to each other, it’s best to call it off.

It’s all too easy to dismiss Billie’s opinion out of hand as the ramblings of an immature, entitled teen idol. However, the closer you look, the more profound her outlook becomes. Interestingly, Billie herself has countered the ageist judgment by asserting that her youth uniquely positions her during conversations about life, love, and everything in between.  As opposed to people who’ve been through the cycle a few times over, Billie is experiencing every milestone for the first time; she’s able to unearth these wonderful, intriguing, sometimes destructive facets of love that we can’t begin to recollect.

Approach your relationship with care and caution

Ultimately, it’s worth taking a moment and absorbing Billie’s ideas. For the most part, millennials and the older generations are socialized to despise their ‘singleness’ and to spend every waking moment finding a partner they could marry and do the whole white-picket-fence dance with. This doesn’t mean Billie doesn’t want to pursue the same ideal — who knows what might happen in the future, and the changes our young musicians might undergo.

But it does tell us we should exercise more caution and care when dating someone; we have to be conscious of the power we both surrender and wield, and we have to take action the minute we realize it’s not working or that if we’re pushing ourselves through something that feels bleak and disheartening. Love is hard work, but it’s also consuming, painful, and draining, so if you don’t feel like you’re 100% up for it, make the change.