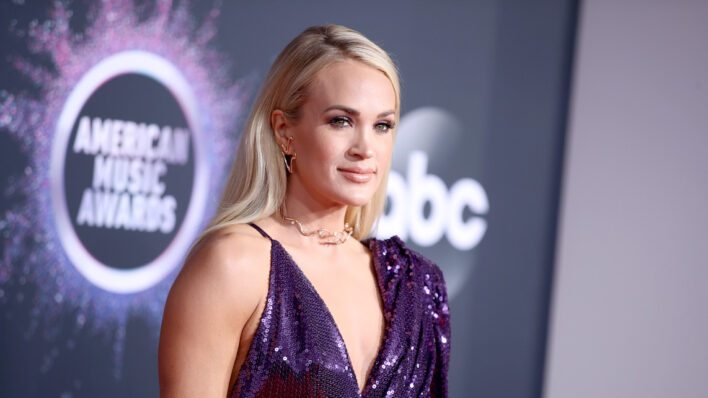 After three miscarriages, Carrie Underwood understandably felt that at 35, her chances of getting pregnant were limited. But when she expressed her feelings, people had much to say about it.
By Maya Khamala    December 28, 2020

After three miscarriages, Carrie Underwood understandably felt that at 35, her chances of getting pregnant were limited. But when she expressed her feelings, people had much to say about it.

We’re living on the edge of 2021, and yet ingrained beliefs die hard. While the pressures on women to start a family by a certain age might seem antiquated by some, misconceptions about women’s fertility persist in stirring up anxiety and depression in women’s lives. Societal pressures may not be as pronounced as they were in our parents’ generation, but they still play out in countless ways.

The ‘right’ time to have a child or to start having children remains a source of great stress to many. Take country maven Carrie Underwood. She and her husband, former NHL player Mike Fisher had their first son in 2015, which was followed by several years of fertility issues (read: three miscarriages). But when she expressed discouragement at the idea that she could continue having children at 35, there was a backlash among other mothers. While Underwood would eventually give birth to her second son in 2019, the question remains: why were so many people’s feathers ruffled by her comments?

In 2018, at 35, Carrie Underwood commented on fertility in an interview with Redbook, and a lot of people in the parenting community were rubbed the wrong way. “I’m 35,” she said, “so we may have missed our chance to have a big family.”

Parents took to Facebook and Twitter in droves to express their reactions. While some were supportive and empathetic, many were angered by her comments. “You do know that everyone’s body is different, right?” wrote one person. “I’m 38 and just had a baby…. She’s being ridiculous,” said another.

Now, on the one hand, Underwood could have mentioned her personal context for those who might not have known—that she’d just had her third miscarriage—but on the other hand, people’s reactions seemed just as based on their own experiences as her comment was on hers. Food for thought.

Carrie Underwood has been vocal about her frustrating and emotional experiences with fertility. Having coped with all of her miscarriages between 2016-2018, she’s described how 2017 didn’t unfold the way she planned. “I’d kind of planned that 2017 was going to be the year that I work on new music, and I have a baby,” she said. “We got pregnant in early 2017, and [it] didn’t work out. In the beginning it was like, ‘OK, God, we know this is, just wasn’t your timing. And that is all right. We will bounce back and figure our way through it.’”

Carrie’s emotional journey has also included learning to express the anger she felt around her miscarriages. “I had always been afraid to be angry because we are so blessed,” she said. “And my son, Isaiah, is the sweetest thing. And he’s the best thing in the world. And I’m like, ‘If we can never have any other kids, that’s OK, because he’s amazing.’ And I have this amazing life.”

When she got pregnant again and thought she was having a fourth miscarriage, she decided to pray, seeking solace in her faith. “I was like, ‘Why on earth do I keep getting pregnant if I can’t have a kid? Like, what is this? Shut the door. Like, do something. Either shut the door, or let me have a kid.’ And for the first time, I feel like I actually told God how I felt. And I feel like we’re supposed to do that.”

Someone must have heard her loud and clear, because two days later, Underwood’s doctor told her that her second-born-to-be looked very healthy.

Misguided reactions: we all fall prey to societal pressure

Despite her fears of being too old to have another child, Carrie did indeed give birth to healthy baby boy #2. While she may have been somewhat misinformed when she seemed to attribute her fertility issues to age alone, she did not generalize about all women, and those who knew what she’d been through knew where she was coming from: her own experience.

Carrie went through the heartbreaking loss of a much wanted second child not once but three times in a short period, which means that for her, the discouragement was real—at the time, having another healthy pregnancy seemed extremely unlikely.

Like many other women, she too felt the pressures that go along with starting a family before hitting a certain age. Not even the most successful celebs are immune to these deeply gendered pressures that make women feel as though they’ve ultimately failed some deeper aspect of themselves if they haven’t made time to have children.

And many women feel this way even though they understand all the reasons it’s ridiculous. It’s not so easy to do away with generations-old ideas about motherhood, even when they’re no longer useful. The thing of it is, no matter how ‘advanced’ we become as a society, many women still feel that procreative pressure—due in varying parts to biology, self-pressure, and societal pressure. But really, it’s all connected.

Many of the more put off reactions to Carrie’s statement came from mothers who have likely been schooled repeatedly on their own limitations, which means they were by and large reacting to the same imposed limitations that Carrie was.

We’ve all heard somewhere that older women can’t give birth and that anyway, it’s better to have children younger for reasons X, Y, and Z. This type of narrative not only enforced Carrie’s fertility fears, but it also takes a jab at the many women who successfully get pregnant later in life.

The strong reactions to Carrie’s comment had a largely defensive tone. Commenters seemed to be saying, “That’s not true! I’m living proof! Stop boxing me in.” And that’s fair enough. No one likes to be told when or how they can or should be a mother. But all women, in one way or another, have to navigate the mixed messaging and learn to stop backing themselves—and one another—into a tight corner.

As it happens, Redbook also asked Carrie about the plastic surgery rumours surrounding a facial injury she sustained in 2017, and her answer was one of healthy disinterest that I hope extends to all dubious press that bears her name. “I try not to worry too much about it,” she said. “My mom will be like, ‘Did you see they are saying this about you?’ And I’ll be like, ‘Mama, I don’t care. I’m just trying to raise my son and live my life.’”