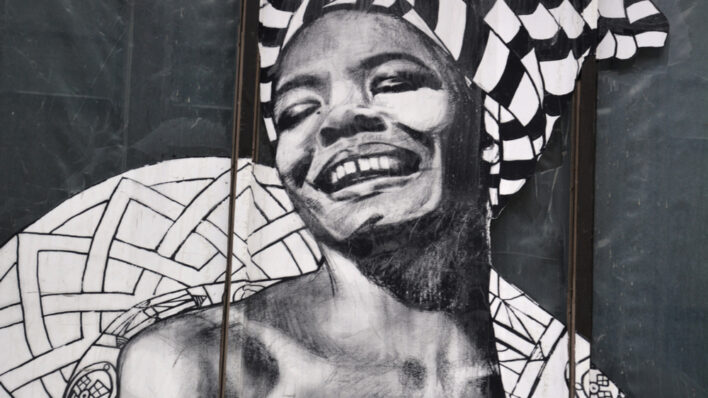 Yesterday would have been Dr. Maya Angelou’s 90th birthday, and people around the world made sure to honor her legacy,
By Eliza Theiss    April 4, 2018

Yesterday would have been Dr. Maya Angelou’s 90th birthday, and people around the world made sure to honor her legacy, with even Google’s Doodle paying tribute to the iconic writer and activist.

If you missed it, the Google Doodle featured a video animation with audio of Angelou’s iconic “Still I Rise” poem recited by Angelou herself, her son, and some influential friends and fans such as Oprah Winfrey, Laverne Cox, America Fererra and Alicia Keys.

Angelou remains one of the most famous figures of 20th century American culture. As the author of a vast library of works ranging from poetry to drama and television shows to autobiographies and a fervent civil rights activist, Angelou led an often complicated life that scandalized some and inspired many.

With a body of work that is unbreakably intertwined with black culture, women’s rights and gender equality, Angelou gave voice to millions of voiceless people around the world, particularly to black women.

Born Marguerite Annie Johnson on April 4, 1928, Angelou arrived late in life to writing, working multiple jobs in her early life, from being a cook and waitress to a sex worker. She was also the first African-American female cable car conductor in San Francisco. Her life was fraught with pain and trauma, as well as accomplishments, love and joy.

She worked closely with Dr. Martin Luther King and Malcolm X, survived sexual violence as a child, wrote bestsellers and critically acclaimed plays, mentored Oprah Winfrey, authored and read the second poem ever written for a Presidential Inauguration, and worked tirelessly for the benefit of others — and did it all with a grace considered unmatched by those who knew her.

She died in 2014, but her legacy will forever remain. We remember her strength, love of life, her pain, struggles, work, mentorship, charity, history-making moments and larger-than-life persona.

For more inspiration, check out 25 of her Maya Angelou’s most powerful quotes. And read yesterday’s touching tributes below.

Dr. Angelou’s work is filled with such incredible wisdom and spiritual teachings. It feels like the ultimate privilege to have the opportunity to speak her words. She is a national treasure. @GoogleDoodle, https://t.co/wi8kfYEXO9 #GoogleDoodle #StillIRise #sponsored

Today WE RISE in celebration of the great Maya Angelou’s birthday!! This woman is a true pioneer & warrior of humankind on so many levels ?? She broke ceilings as a creator and paved the way for millions w/the power of her words ? Happy 90th Birthday #MayaAngelou ?#StilliRise pic.twitter.com/p9TyeYKhAY

Also, #OnThisDay 90 years ago Mother Maya Angelou, The Prophet, was born. “Be a rainbow in somebody else’s cloud.” #BlackHistoryEveryday pic.twitter.com/jzAghfNWGY

Today would have been Maya Angelou’s 90th birthday.

Watch these black girls breathe life into her words: pic.twitter.com/3O5Bq4dERF

Maya Angelou, the original Phenomenal Woman, would have been 90 year’s old today. In this urgent moment of social activism, let’s remember what she so beautifully taught us: phenomenal Black Women will always rise to the occasion. #wewillrise pic.twitter.com/scgV4u61Li