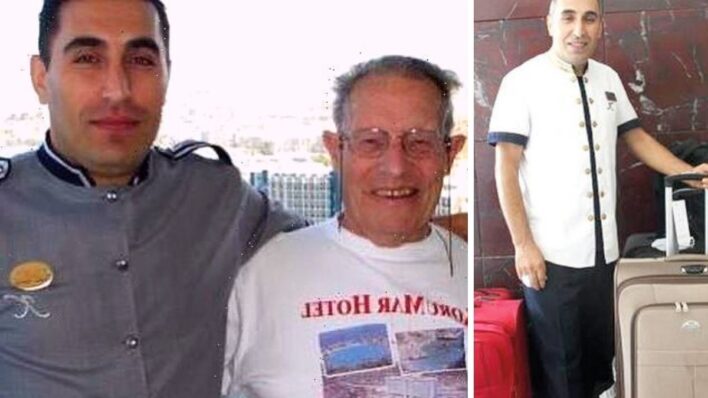 Man Shocks Relatives By Leaving $276,000 To Hotel Bellboy After His Death – His Reasons Will Warm Your Heart

One rich widower shocked everyone when he chose to leave his money to a bellboy who helped him enjoy the twilight of his life.
By Joel Balsam    October 29, 2021

One rich widower shocked everyone when he chose to leave his money to a bellboy who helped him enjoy the twilight of his life.

In his career, the British man was a manager at a brewery that supplied the Wimbledon tennis tournament. He also loved to drink whiskey and party, according to his longtime friend Terry Aplin, who was interviewed by The Daily Mail.

He lived life to the fullest

When Courtney’s wife died after 50 years of marriage, he continued to live life to the fullest, traveling to Turkey three times a year to stay at Korumar Hotel De Luxe in the Kusadasi district of Aydin.

When on holiday at the seaside resort, he was treated like royalty from the moment he arrived, from being picked up at the airport in a 4×4 to getting his own designated room (401) and his favorite table every single time.

“Whenever he went to Turkey, he was like part of their family. He had no children of his own and they would call him godfather. They would give him a badge with his name on it,” Aplin said.

The hotel was like a second home for him and sometimes he would go three times a year because he loved the place and the people.

He appreciated the ‘son he never had’

But Courtney treated the hotel staff like more than just employees. Every time he’d go, he’d pay for extra luggage on the flight to bring them chocolates and gifts.

Courtney was especially fond of bellboy Taskin Dasdan who’d worked at the hotel for over 30 years.

“At the hotel, we treat everyone equally, we treat them as family, not as tourists,” Dasdan told the Beyez Gazete.

According to Aplin, Courtney, who regretted not having children, treated Dasdan like “the son he never had,” and helped the Turkish man pay for his children’s education.

In return, Dasdan would invite Courtney to dinner at his house to meet his wife and children.

An unexpected gift for hotel staff

When Courtney died at the age of 87, he didn’t forget his friends in Turkey.

As his distant relatives opened up his will, they were shocked to see that the majority of his fortune — earned from his career, his wife’s pension from a job at the Bank of England, and by living frugally — was to be given to Dasdan and other staff at the hotel.

But he still chose to return to work. Why? He told the Beyez Gazete he loves his job because it gives him the opportunity to meet people from all around the world. Kind people like Courtney.

Back at the hotel, they officially named room 401 “Charlie’s Room” after the British man they adored, and who adored them back.

When you’re retired, I’m sure (though I don’t know yet) that it can be easy to spend the rest of your life looking in the rearview mirror — at the career you had, your travels, and the good times with your family. But what Courtney did was refuse to stop living. He built new friendships and appreciated people that others might overlook.

Sure, his distant relatives might have been angry they didn’t leave more money to them. But at the end of the day, it’s his money and what to do with it is completely up to him.