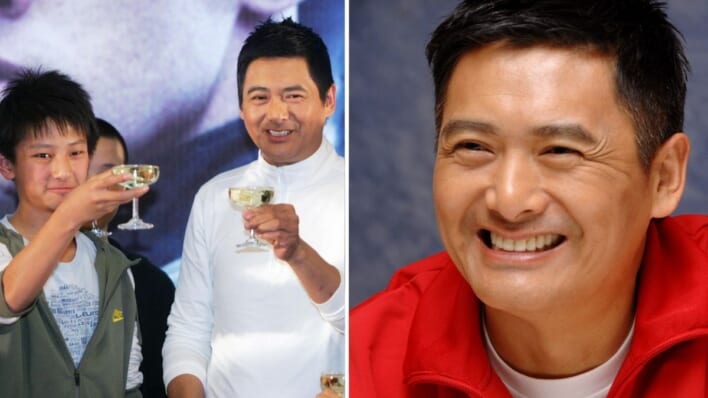 The ‘Crouching Tiger, Hidden Dragon’ star has an incredible outlook on money.
By Amber Dowling    September 19, 2022

The ‘Crouching Tiger, Hidden Dragon’ star has an incredible outlook on money.

Having money is nice, but it isn’t everything. Sure, many of us dream of financial independence and having the ability to buy nice things. But strong relationships, friendships, love, and meaning are what truly matter in life. And one actor is here to remind us all of that.

The Chinese Superstar Lives on the Bare Minimum

Actor Chow Yun-fat is the recognizable face from the movie Crouching Tiger, Hidden Dragon, but he’s done dozens of films over the course of his career; many say he’s a Chinese acting legend. That is why, perhaps, some people are so surprised to hear that he lives on the bare minimum.

How bare? It’s been reported that the actor only spends the equivalent of $102 US per month.

“My dream is to be a happy and normal person,” Yun-fat once told Hong Kong movie site Jayne Stars. “The hardest thing in life is not about how much money you earn, but how to keep a peaceful mindset and live the rest of your life in a simple and carefree manner.”

So how does he achieve that? By taking public transit, using the same Nokia phone for 17 years, and shopping at discount clothing stores. “I don’t wear clothes for other people. As long as I think it’s comfortable, then it’s good enough for me,” he added.

And how does he spend his free time? By doing charity work, of course. Otherwise, fans can often find him jogging or hiking for fun.

Because Yun-fat doesn’t spend his money on himself, you can imagine that he’s accumulated quite a lot over the years. Especially since many of his action films have been bona fide hits — in 2015, he even made Forbes’ World’s Highest-Paid Actors list, pulling in $18 million for his roles.

RELATED: This Scientist Used the $1 Million Profits From Her Ground-Breaking Cancer Treatment for Charity

But the Hong Kong movie legend has big plans for his net worth, which is a whopping $5.6 billion HKD ($714 million US): he’s giving it all to charity. “This money isn’t something you possess forever. When you’re gone one day, you have to leave it to others to use it,” Yun-fat once explained.

“You can’t bring the money in your bank account with you after you die. The money’s not mine. I’m only keeping it safe for the time being,” he added.

In a world where things are costing more than ever, and financial stress is real, it’s nice to hear someone remind us that money isn’t all that matters. Yun-fat could be spending his millions on fancy things, but he’s decided to focus on being himself and helping others who are less fortunate.

It’s a heartwarming move that inspires us to give back too. While many of us have relatives or loved ones we plan on leaving money to one day, perhaps donating a portion of your accumulated wealth to charity when you die can be a goal. Or maybe you’d rather take action today and set up an ongoing monthly donation to your favorite charity or organization.

Or maybe this story is just a nice reminder that, even though you don’t really have savings, you will be okay. After all, if a world-famous, rich actor can find peace and happiness on just $100 a month, there’s no reason we can’t too.

Mackenzie Scott, Ex-Wife Of Jeff Bezos, Is Giving $1 Billion A Month To Charity