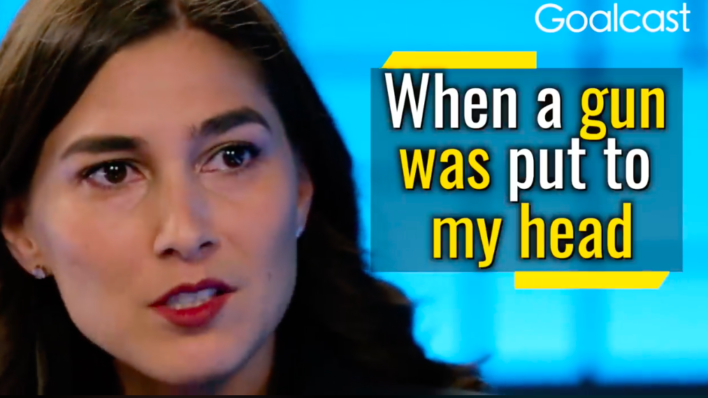 Crystal Dilworth: Who Defines Your Reality?

Neuroscientist Crystal Dilworth shares how virtual reality taught her an important lesson about reality and reveals one mind hack that will make you exceed your wildest expectations.

When a gun was to put to my head in virtual reality, and I was told to get on my knees, I did. And that messed me up.

What it meant that the end of this imaginary experience, I was tangibly in reality on my knees, accepting the authority of a computer.

Mm-hmm (affirmative). I think our expectations create our reality in the same way that psychologists will tell you that we often recreate patterns in terms of our relationships with other people throughout our life, like something that happened to us in childhood, we might put ourselves in the same situation, or seek out similar experiences as adults. I think we do that in all of the choices that we make. And so our experiences in what we expect our reality to give us back, is part of the input into the probability machine, that then makes it’s best guess at what the blank should be filled in with.

Right, so we expect things. We get the same things back. If you look up the Suzuki method, you have all of these little four, five, six year olds that are playing violin concertos that are far beyond what you would think somebody of that age should be able to do, and it’s because nobody told them that they shouldn’t be able to do that. And so that was basically my reality. I was told, well, you’re 11. You’re going to start going to college. So I went and the expectation was she’s supposed to get good grades, so I did.

Every time there was a goal put in front of me I didn’t realize you could not accomplish it. So I just did.