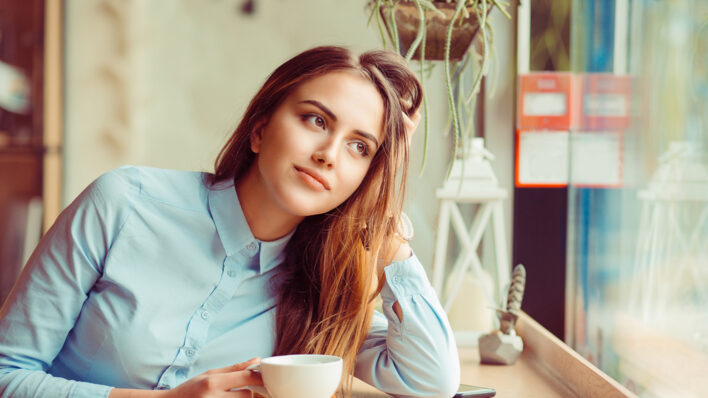 Daydreaming Is Actually a Sign of Intelligence, According to Neuroscientists

A daydream is defined as a “series of pleasant thoughts that distract one’s attention from the present.” In other words,
By Anouare Abdou    April 10, 2018

A daydream is defined as a “series of pleasant thoughts that distract one’s attention from the present.”

In other words, the act of daydreaming feels good, but it’s also associated with being distracted and lacking focus. But if neuroscience’s increased focus on the psychological state of daydreaming is any indication, that perception may be about to change. For example, last year, a study conducted by the Georgia Institute of Technology revealed that daydreaming may actually be a sign of intelligence and creativity.

“People with efficient brains may have too much brain capacity to stop their minds from wandering,” shared Eric Schumacher, the Georgia Tech associate psychology professor who co-authored the study, in an article published on the university’s website.

Schumacher and his team came to that conclusion while measuring the brain patterns of over 100 people while asking them to concentrate on a stationary fixation point for five minutes. This helped the researchers get insights about how different areas of the brain work together during an awake, resting state. The team then tested the participants’ intellect and creative chops. Finally, participants also answered a questionnaire about their daily mind-wandering habits.

Guess what? The participants who said they daydream often scored higher on the intellectual and creative tests and had more efficient brain systems during the awake, resting phase of the experiment.

“Our findings remind me of the absent-minded professor — someone who’s brilliant, but off in his or her own world, sometimes oblivious to their own surroundings,” said Schumacher. “Or school children who are too intellectually advanced for their classes. While it may take five minutes for their friends to learn something new, they figure it out in a minute, then check out and start daydreaming.”

So if you tend to easily zone out, it may just be because your brain is highly efficient and you don’t actually need to be fully present.

RELATED: What Your Dreams Say About You and How it Can Help You Improve

Furthermore, Dr. Jonathan Smallwood, a neuroscience researcher at the University of York, shared interesting insights about the reasons we daydream in a New Statesman article. According to him, “daydreaming is an attempt to make sense of life and so it is often increased if lots of change is taking place.”

Could this mean that those of us with a particularly wandering mind are actually functioning with a heightened awareness of life?