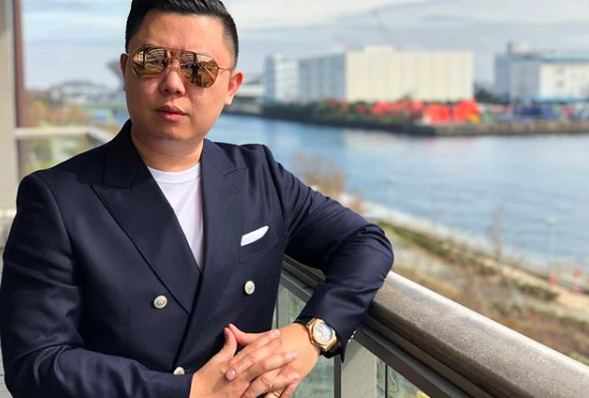 At the age of fourteen, Dan Lok made the long and difficult transition from his hometown in Hong Kong to
By Matt Valentine    November 26, 2018

At the age of fourteen, Dan Lok made the long and difficult transition from his hometown in Hong Kong to Canada with his mother and father.

However, what was supposed to be a hopeful transition became a painful journey of disappointment, struggle and loss as Lok’s world was turned upside down shortly after starting his new life.

But despite the odds being stacked against him, Lok transformed his adversity into a reason to succeed and went on to become a multi-millionaire — and do it before the age of thirty.

This is the story of millionaire serial entrepreneur and mentor Dan Lok:

I was becoming very good at becoming the invisible boy.

From his first day of school in Canada, fourteen-year-old Dan Lok knew the transition was going to be tough.

As one of only three Chinese in the entire school, in addition to being a new student to the area, Lok was the target of bullying throughout his high school years.

Soon, he became adept at making himself unnoticed just to get through each difficult day. “Right after school, I would just grab my backpack, go to my locker and not look at anyone, not make any eye contact and just go home,” said Lok of his early high school days.

But little did young Lok know at the time, this was only the beginning of a very difficult road.

I don’t care what effort it takes, I never want to see that again.

Shortly after moving to Canada, at the age of sixteen, Lok’s mother and father got divorced.

The bullying and challenges of feeling like he didn’t fit in were enough to make high school difficult, but this took things to another level.

However, the challenges of Lok’s young adulthood weren’t over yet.

One day, Lok arrived home to hear his mother speaking with someone in her bedroom. After the phone call, she walked out crying and spoke to Dan:

“Mom, is everything okay?” said Dan.

“Well, you know, I was talking on the phone with your dad and he just told me he went bankrupt,” said Dan’s mom.

Dan’s father could no longer assist he and his mother financially.

My mom was always a very positive… she’s like an angel to me. But, that’s the first time in my entire life that I looked at my mom now, in a country where she doesn’t speak the language…

Her face… The hopelessness. I said, I don’t care. Whatever it takes, I never want to see that again.

That moment was a turning point for Lok, who resolved to make something of himself and support both he and his mother from then on.

Not long after that, watching Bruce Lee in his martial arts classic Way of the Dragon — which depicts a Chinese martial artist (Lee) face off against an American karate master (Chuck Norris)– inspired Lok to pursue martial arts himself.

And he was a guy who couldn’t speak English went to Rome and got criticized, and then suddenly he was kicking ass and protecting people, so he became a hero in a way…he became the father figure I never had.

Signing up to karate helped Lok develop the confidence he was lacking, the confidence to commit to himself to make it happen — whatever it took. He’d take care of his mom and do it without the help of his dad.

And he did just that. After experimenting with several odd jobs, from paper delivery man to mowing lawns, Lok eventually started his own one-man advertising agency. With his first taste of success — eventually making ten thousand dollars a month through that same business — he was off to the races.

But that’s not the end of Dan Lok’s story. Life has a way of putting things into perspective when you least expect it.

Be grateful with what you have while you strive for more.

After several years had gone by, and Lok had the opportunity to mature and develop, he decided to reconnect with his father who was living in Hong Kong at the time.

After a long conversation about what happened, Lok could tell his dad was suffering financially and resolved to travel to Hong Kong to spend time with his father.

Shortly after arriving in Hong Kong, Lok took a walk with his father and had a face-to-face conversation:

“Dad, you see that window up there?” said Dan.

Dan reached in his pocket, pulled a set of keys, and put it in his father’s hands. He looked puzzled.

“Dad, I bought that unit for you. You got a place to live now. This is yours,” said Dan.

In addition to his professional success, his relationship with his father was now better than ever. Things were looking up until an unexpected shift in his father’s health changed everything.

After going in for a regular checkup, Lok’s father didn’t call him back to give him an update on his condition. The next day, he received a phone call from his aunt at 3:00 A.M. His dad was in the emergency room being prepped for surgery.

At the time, Lok was chasing the biggest business deal of his life. He had to be in the states to close the deal, so he did a short video conference with his father so he could speak with him before being able to return to Hong Kong.

Dad, once … as soon as I finish I will come back and see you.

That was the last time Dan was able to speak with his father. “That was it. I never got to say goodbye,” said Lok.

Dan would never be able to say goodbye to his father. But it was this unfortunate event which served as the catalyst to opening an entirely new perspective for Dan and his life.

It was from this realization that Lok began to notice the stages so many of us travel through in life.

Stage one, survival, is where Lok was when he was young. Struggling to find his place in the world while just getting by.

Stage two, security, you’re at least paying the bills and don’t have to live in a constant state of struggle. You’re moving up.

Stage three, success, is a place only a few ever get to. You have everything you need and want. At least, you think you do. You’re still missing a critical piece that makes life worthwhile.

Significance is about serving those around you. It’s about expanding your influence beyond yourself to the rest of the world.

What is your legacy? What really matters to you? What and who do you care for and what do you want to give them before you pass?

From being a poor immigrant who was bullied in school to a multi-millionaire entrepreneur and mentor who has been able to support his family and touch people in more than one hundred countries all around the world, Dan Lok transformed his life through hard work, perseverance, and the willingness to grow through adversity.

Lok continues to strive for more, but he says that life’s experiences have also taught him to be grateful for what he has now.