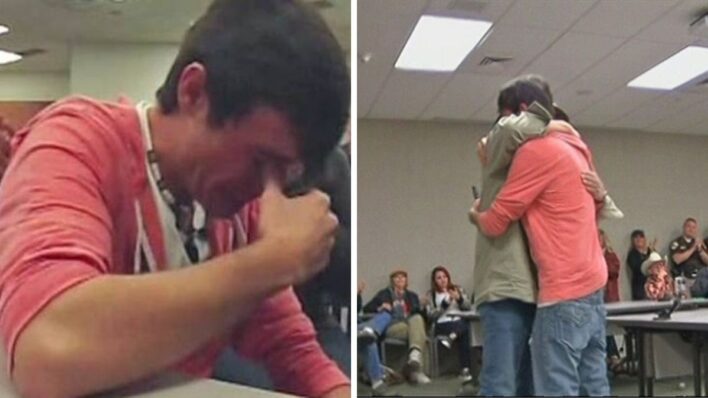 Two brothers thought they had lost the last of their father’s legacy when the community gave them a great surprise.
By Sophie Babinski    November 22, 2021

Two brothers thought they had lost the last of their father’s legacy when the community gave them a great surprise.

Police officers, sheriffs, and firefighters are often overlooked for their heroism. They put their lives on the line everyday, work long hours away from their families, and make a very modest living. However, thanks to their good deeds, their legacies often live on.

A legacy on auction

Two Colorado brothers, Tanner and Chase Brownlee, lost their father in the line of duty. In 2010, Weld County Deputy Sam Brownlee was in a fatal police chase that cost him his life. While his sons treasured their memories of him, they felt that part of his legacy was missing.

Their late father’s old squad car, his prized possession, was on auction almost five years after his death, and the boys were over the moon to have the chance to bid on it. The Weld County Sheriff’s office auctioned off their former leader’s squad car in order to raise money for C.O.P.S (Concerns of Police Survivors), an organization that supports the loved ones of officers who have passed away in the line of duty.

“This is kind of the end of Sam’s legacy here. It’s the last tangible thing we have that he was connected to,” Weld County Sheriff Steve Reams said.

It’d mean a lot to me and my brother. We’ve been through a lot.

Tanner Brownlee was well prepared for the auction, having set up a GoFundMe to help him pay for the car. He was ready to pay the BlueBook value, $12,500, but was shocked when he was quickly outbid by a stranger, local farmer Steve Wells, who offered a whopping $60,000 for the vehicle.

As soon as he was outbid, Tanner received another big surprise. Wells, who had taken possession of the car, turned right around and handed the keys to the Brownlee brothers. Tanner immediately broke down in tears, grateful.

I didn’t know. It means so much to me.

Sam Brownlee was a brave officer who was gone too soon, and he wasn’t able to leave his service vehicle to his sons. Luckily, the community has their sheriff’s back.

As community members, we should all support those who lose family members and need extra help from those around them. We should all be like farmer Wells!