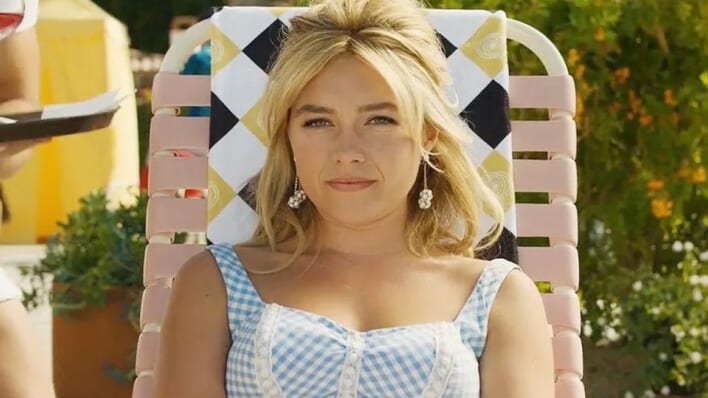 From her signature pout to memeable Marvel antics, and of course, everything about her in Midsommar, Florence Pugh is a bonafide Hollywood gem. But such popularity also invites scrutiny, which is why Pugh’s split with Zach Braff remained secret until recently.
By Mikaela Lucido    September 1, 2022

From her signature pout to memeable Marvel antics, and of course, everything about her in Midsommar, Florence Pugh is a bonafide Hollywood gem. But such popularity also invites scrutiny, which is why Pugh’s split with Zach Braff remained secret until recently.

Florence Pugh’s electric performances in Midsommar, Greta Gerwig’s Little Women, and Black Widow earned her a huge following. (Her love for tzatziki and cacti didn’t hurt, either.) Although, when it came to the Don’t Worry Darling star’s love life, specifically her relationship with Zach Braff, reactions were mixed.

RELATED: How To Get Over A Breakup: 9 Practical Steps To Heal Your Heart

So, understandably, when Pugh and Braff broke up earlier this year, they kept it a quiet affair — showing the world how celebrities have boundaries, too.

Why Florence Pugh Kept Her Breakup a Secret

In April 2020, Pugh and Braff became Instagram official when Pugh posted a candid of her partner in tribute for his birthday. But almost immediately after posting, Pugh disabled comments. The pair’s 21-year age gap was a contentious subject which spurred vicious comments, mainly aimed at Braff. Many accused Braff of taking advantage of the younger actress, who he directed in the short film In The Time It Takes to Get There.

RELATED: The Story Behind Lady Gaga’s Most Romantic Breakup From Taylor Kinney

The outcry pushed Pugh to post a four-minute video defending her relationship. In it, she urged followers to reconsider their reactions, telling them: “I do not need you to tell me who I should and should not love. And I would never in my life, ever, ever tell anyone who they can and cannot love. It is not your place. And really, it has nothing to do with you.” She also asked viewers who disagreed to promptly unfollow her.

More recently, Pugh shared with Harper’s Bazaar how she and Braff have been trying to move forward “without the world knowing, because it’s been a relationship that everybody has an opinion on.” For the two actors, making the split public may have felt like enabling the millions who would celebrate their breakup.

Ultimately, it’s natural to have an opinion about celebrity relationships. Seeing glimpses of the people we admire being people can be validating. Comforting. Even fun. Likewise, it’s okay to even worry about celebrities … so long as it’s from a distance.

The truth is, regardless of our opinions on her personal life, Florence Pugh and her boundaries deserve respect, far before she vocalized them.

From Tomdaya to the resurrection of Bennifer, the Internet always has something to say about celebrity couples. You could say Hollywood is our pantheon. But even more than the Greek gods, celebrities are human and judged for every choice. Stars like Florence Pugh live this firsthand, so they might not be as quick to share their personal life with the world.

But why do we care this deeply about … well, strangers?

RELATED: After Yet Another Breakup, Miley Cyrus Finally Realized Her One Mistake

The simple answer? Parasocial relationships. At their core, parasocial relationships are one-sided — people form attachments to media personas who might not even know they exist. Still, at the end of the day, these figures are carefully crafted personas. With social media, celebrities can use their feed to curate a palpable image. Anyone can win an audience over with enough relatable content and captions. But sometimes, this level of exposure encourages fans to project onto whoever they’re following.

The strong responses Florence Pugh got when it came to dating Zach Braff were likely affected by the equally strong feelings fans had for her or Braff. Fans may have been concerned for the actress’ well-being. After all, age difference has long been a point of contention, especially when it comes to high-profile couples.

One doesn’t have to look far to find other celebrity couples who’ve faced flak for an age difference. Pop star Harry Styles and Olivia Wilde come to mind, as well as The Originals’ Daniel Gillies, who disabled comments on a similar post about his partner Julia Misaki.

Some might cite gender and power dynamics as cause to comment, but the reality is the only people who have a deep understanding of a relationship are the people in it. The glimpses of celebrities we get to see these days are just that: glimpses.

We’re entitled to nothing more.

Why We Should Respect Florence Pugh’s Boundaries

In May 2022, Pugh dispelled rumours speculating that she and actor Will Poulter were dating. Taking to Instagram, the British actress voiced her frustrations: “I understand that the nature of this job is that you sometimes get your privacy completely bulldozed by paparazzi, but to fabricate this stuff actually does more damage than good.”

RELATED: 24 Breakup Quotes that Will Help you Heal Your Wounds Faster

Yes, Florence Pugh is right. This is showbiz. But maybe we need to rethink that. Not every celebrity is willing to post about their lives, much less invite criticism and unsolicited advice. What we learn about celebrities should be on their own terms. Besides, hyperfocusing on celebrity breakups or potential relationships not only does real damage to real people and their very real feelings — it diminishes their work.

Florence Pugh is an Academy Award nominee. At 26, she has an entire Wikipedia article dedicated to her list of accolades. She’s got style to rival Barbie and the Bratz. She has an infectious laugh. Hell, she could get her own cooking show. She’s a singer, friend, and sister. She is infinitely more than her relationships. It’s high time we act like it.

KEEP READING: How Ryan Gosling Dealt With The Unfair Reaction To His Breakup With Rachel McAdams