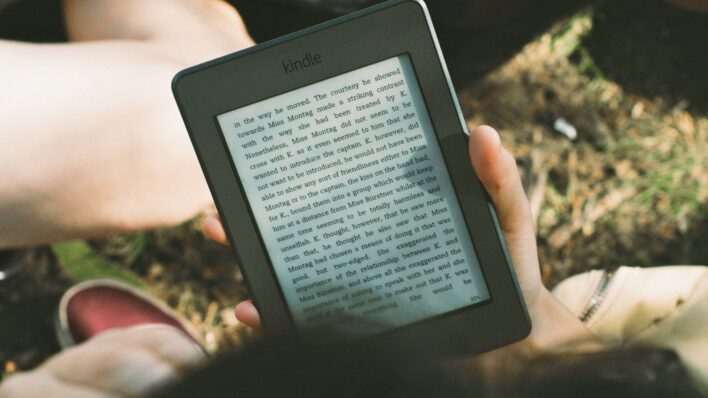 Nowadays, the work of geniuses and enlightened beings from all over the world can be acquired with the snap of
By Matt Valentine    June 5, 2018

Nowadays, the work of geniuses and enlightened beings from all over the world can be acquired with the snap of a finger.

The greatest stories ever told and the greatest lives ever lived are at our fingertips for us to enjoy, explore, and be transformed by. So, if you’re looking for your next great read– whether it’s for inspiration, wonder, connection, or enlightenment– look no further.

These are seven free Kindle books you need to check out right now:

I never feel lonely if I’ve got a book – they’re like old friends. Even if you’re not reading them over and over again, you know they are there. And they’re part of your history. They sort of tell a story about your journey through life.

Victor Hugo’s Les Misérables is a long read, but it’s an epic journey that’s easy to get absorbed in.

In this classic (that’s spawned more than a few movies and a popular musical), you’ll venture into the human psyche through the eyes of various different characters experiencing some of the most difficult challenges known to humankind.

Benjamin Franklin’s autobiography is a journey into the mind of one of the most fascinating people to ever live.

More than just an accomplished person and an important figure in American history, Franklin was an eccentric personality with lots of opinions, which makes this book all the more interesting.

3. The Adventures of Sherlock Holmes by Sir Arthur Conan Doyle

Sir Arthur Conan Doyle’s The Adventures of Sherlock Holmes was one of the earliest detective series and easily still the most well-known.

But why would you want to read the old tales of Mr. Holmes? Because they’re clever, interesting, and often help you look at things in ways you’ve never seen them done before. That is, on top of just being really entertaining.

Crafted by three of the U.S. founding fathers, The Federalist Papers consist of 85 separate essays, each delving into a different aspect of government and the U.S. Constitution.

Despite this, however, the papers are still somewhat unknown even to most of the U.S. population. In a time where a daily dose of chaos seems mandatory, a little wisdom from some of our forefathers seems like the right prescription.

The epic classic Moby Dick is about Captain Ahab and his quest to catch– and slaughter– Moby Dick, the largest sperm whale in existence. In fact, the largest living animal in existence in the realm of Melville’s story.

Considered by many to be one of the greatest novels of all time, Moby Dick flows between several different narrative styles, including a non-fiction-like narrative, which makes the book entertaining on several levels.

However, beyond the crafty writing, Melville’s lifelike depiction of life at sea as a whaler, and Ahab’s thrilling chase to find Moby Dick, there’s a deeper story about obsession and desire, good and bad, that is woven masterfully by the author.

If you’re looking to experience a masterpiece, love sea voyages, and giant sea creatures, you haven’t lived until you’ve read this.

In the 21st Century, Henry David Thoreau is practically a household name. However, it’s perhaps for the wrong reasons.

Chances are, you’ve seen one or more of several dozen quotes that are floating around online from Thoreau, who was both wise and far beyond his time. However, most people have never read any of his work, which is unfortunate because much of what he had to say is highly relevant today (and some absolutely timeless).

In particular, Thoreau’s Civil Disobedience is highly relevant today amidst the tension that seems the surround much of the globe, from political drama to the various racial conflicts.

And if you just can’t get enough of Thoreau, his classic Walden is also currently free with Kindle Unlimited.

While Civil Disobedience is before Thoreau’s legendary two-year solitary cabin expedition, Walden is just after and includes much deeper philosophical themes.

7. Nikola Tesla: Imagination and the Man That Invented the 20th Century by Sean Patrick

One of the most fascinating minds of the 20th Century, Nikola Tesla was a genius who was responsible for several important advancements in everything from electricity to rocket power.

However, that tells only a small part of the Tesla story.

If you want to learn about the power of imagination and how that plays a part in genius, or you’ve just heard some of the crazy stories about Tesla’s life and want to know more, this book has lots to give.

Download Nikola Tesla: Imagination and the Man That Invented the 20th Century