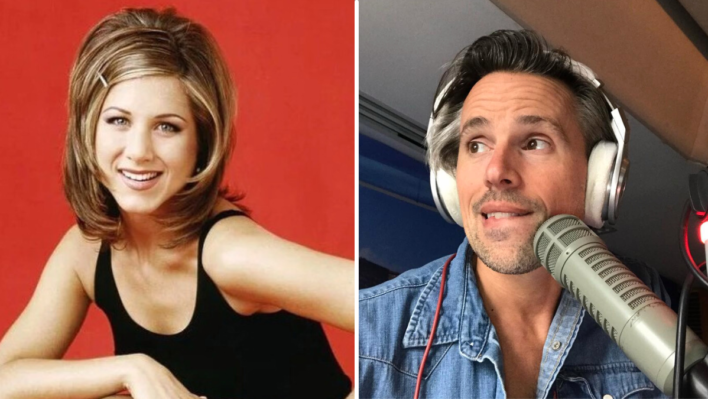 Jennifer Aniston Rejects an Interview Request Made by an Intern – Later, She Goes Around Her Bodyguard to Help Him

The ‘Friends’ star proves she’ll always be there for fans.

It’s not uncommon to hear stories about famous people who ignore fans or hide behind bodyguards and publicists as they become more famous.

Perhaps that’s why this story involving Jennifer Aniston — one of the most famous actors in the world — and an intern is capturing our hearts.

In 1997, Aniston had made it. She had been a star on one of the most successful TV shows ever, Friends, for three years; she was shooting a romcom called Picture Perfect with Jay Mohr and Kevin Bacon; and in less than a year, she would go on her first date with Brad Pitt.

So getting an interview with the in-demand actor wasn’t exactly an easy task.

Still, a radio intern at Scott & Todd in the Morning on 95.5 PLJ named Joe Pardavila knew he had to try. He was young and starting out, which often meant pounding the pavement to try and get a story. So one day, he tracked Aniston down on the set of Picture Perfect and approached her trailer in Midtown Manhattan.

RELATED: How Jennifer Aniston Saved Matthew Perry From Death With One Simple Question

Immediately, a bodyguard stopped him, he recalls in his 2022 book, Good Listen: Creating Memorable Conversations In Business And Life.

“He saw me and sensed what I was about to do. He made a beeline straight for me,” Pardavila wrote as per Page Six. “Holding up my radio mic, I said in my most soothing and innocent tone, ‘Hey, I only want to ask Jennifer a couple of questions, that’s all.’ The guard let me know that wasn’t going to happen. His tone was neither soothing nor innocent.”

At that point, Aniston emerged and told Pardavila she couldn’t talk. Then she retreated back into her trailer.

Why Jennifer Aniston Changed Her Mind

Aniston may have been busy preparing for a scene and genuinely couldn’t talk because shortly after Pardavila returned to the station, the actor’s assistant called the front desk. Apparently, Aniston felt terrible about what had transpired.

“Better yet, she’d be happy to do an interview with the morning show,” Pardavila wrote. True to her word, they arranged a time for the actor to make an appearance.

RELATED: Jennifer Aniston, Kids, and Marriage: How Jen’s Choice To Not Have Children With Brad Pitt Is Not The Reason Their Marriage Failed

“She talked for twenty minutes with us about the movie she was making, her time on Friends, everything you’d want to talk about with Jennifer Aniston,” he wrote.

It was also the start of an actual career for Pardavila, who went on to interview all kinds of other celebrities, from Taylor Swift to Jon Bon Jovi. Today, the personality has produced more than 10,000 hours of audio content over his career and also went on to become a radio personality and podcaster.

How One Intern Proved the Importance of Staying True to Yourself

It’s easy to imagine that if you’re a celebrity, you yearn for a bit of privacy away from the public eye. However, it’s also a tricky relationship to navigate because fans are what make you famous. And in that industry, fans often make you successful in the first place. That’s why it’s always so heartwarming to see a famous person take time for their fans and show them how much they appreciate them.

That day on set, Aniston understood that a young intern was just trying to do his job. So she graciously made time to chat with him, despite a very busy schedule. It’s a very Jen Aniston move: the actor is known for surprising fans and spending time with them when she can.

RELATED: 3 Years After Divorce, Jennifer Aniston Is Ready To Date Again – But Here’s What She’s Not Going To Do

But this story is also a good reminder that it’s who you are that makes you special, not what you do. Passions come in different forms, and people measure success differently. Remembering that in our daily lives isn’t just a great way to stay grounded; it also reminds us why treating everyone equally is so important.

Sometimes life gets busy, and we forget to make time for those who matter most. But if Aniston could spare 20 minutes to help an intern, surely we can spend a few minutes volunteering, mentoring, or just hanging out with someone who appreciates our company as much as we appreciate theirs.