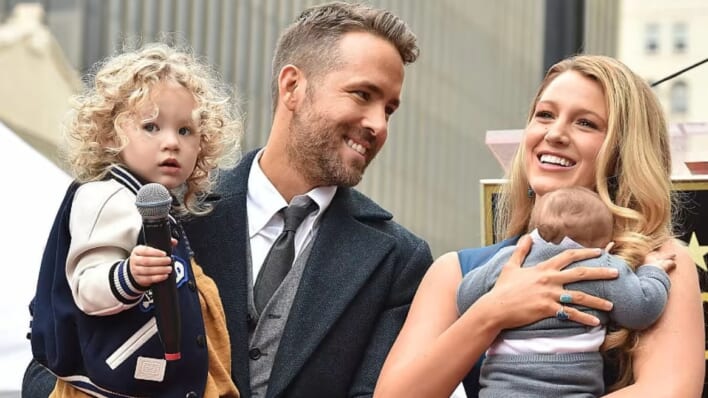 Some celebrities have participated in a trend of giving their children unisex names, with the following examples being among the most notable.
By Jeff Liddell    October 2, 2022

Some celebrities have participated in a trend of giving their children unisex names, with the following examples being among the most notable.

While they might seem innocuous at first glance, names are among the most important parts of the human experience. This form of identification is unique to this species, and expanding the naming tradition to animals or even plants and objects is ubiquitous across all human societies.

However, names are not a product of a neutral practice that are happen to be found across all human cultures. They are an intimate, intricate part of a human being’s identity, since they are usually what society will use to refer to a person. Additionally names have their own meaning, whether they’re of Hebrew or Latin origin, or derived from more contemporary conventions. As a result, they also evoke certain feelings from people.

RELATED: What Eddie Murphy Has To Say About Fathering 10 Children With 5 Different Women

A name can even make or break a person’s social life, as the offspring of several celebrities can attest. While most of them are content with giving their children recognizable names, there is still a trend among some celebrities to name their kids something more “unique”, usually leading to ridicule. Moon Unit Zappa, Duncan Jones (formerly known as “Zowie Bowie”), and Elon Musk and Grimes’ baby X Æ A-12 are the most infamous example.

However, in the rise of gender-related discourse, a new habit has appeared in the celebrity realm. Some celebrities decided to twist the unique name trend around to give their kids unisex names, including unconventional ones.

Open acknowledgement of celebrity babies having unexpectedly gender-neutral names has been around for over a decade, but the trend really kicked in much later as more celebrities started influencing it. Victoria and David Beckham named his daughter Harper, which is uncommon, but not that odd since when it is used as a given name, “Harper” is usually given to girls. Originally obscure as a given name and primarily a surname of English origin, Beckham’s decision lead to “Harper” skyrocketing in popularity.

Originally obscure as a given name due to its primary role as a surname of English origin, “Harper” skyrocketed in popularity following Beckham’s decision. The name is now among the top ten most popular names for girls in the United States as of 2016, and it does not show signs of slowing down. While the name is far from gender neutral in terms of its current relationship with society, Harper Beckham arguably normalized the idea of a vaguely masculine name being perfectly acceptable for girls. Indeed, “Harper” is the most notable cast of a name’s popularity and role changing for the better in the past decade.

While most names in the English language are heavily gendered, that does not mean that some of them have been accessible to people regardless of their gender throughout history. Indeed, many names, especially nicknames, are flexible. Nicknames are common among unisex naming practices because some of them could stand for different names. “Sam” is short for “Samuel” and “Samantha”, “Charlie” is short for both “Charles” and “Charlotte”, and so on.

“Alex” is an interesting case due to the sheer number of names that could be shortened to it. However, “Alexis” is probably the most interesting and unique example due to the full name itself being gender-neutral. Of Greek origin, the name has a much stronger association with women in the United States, but it is also a common given name for men in several other languages. In the celebrity world, Martha Stewart notably took the unisex route when naming her only daughter Alexis.

Alexis Stewart herself would follow her mother’s footsteps and take it even further by calling her daughter “Jude”, which is certainly masculine in the public eye. Even with options such as “Judith”, “June”, and “Judy”, the younger Stewart made a rather bold choice.

Johnny Knoxville of Jackass fame has embraced both the gender-neutral route and the infamous oddities among celebrity baby names. His oldest daughter, Madison, has a name that was heavily associated with boys, only for society to make the shift in one of the most famous instances of a name becoming unisex. His son, Rocko, has a rare but affirmatively masculine name. What sticks out the most is Knoxville’s youngest daughter, Arlo.

Not only is the name uncommon in general, but when it does appear, it never a girl’s name. The puppet YouTuber of the same name and the main protagonist of Pixar’s The Good Dinosaur are prime examples. Although odd at first, the choice shows consistency from Johnny Knoxville’s taste in names. While it never led to a flock of new babies named Arlo, the fact that Knoxville ignored the heavily gendered aspects of an already obscure name could spell good news for future parents that would like to take the unisex route for a more common name.

Another notable celebrity couple to have embraced gender neutrality regarding their children’s names is Ryan Reynolds and Blake Lively. This is all the more fitting, considering Lively’s own given name is usually associated with men. The couple’s decision to name their daughter “James” was quite the surprise. While “Jamie”, one of the many nicknames for “James”, has historically been gender neutral, “James” has always been known as a man’s name, and one of the most popular choices at that.

Considering how relevant Reynolds and Lively are in the modern entertainment industry, especially Reynolds for his work as Deadpool, there is a likelihood that “James” will join “Jamie” and be seen as a more unisex name in the upcoming decade.

Samira Wiley, best known for her role as Poussey Washington in Orange is the New Black and Moira Strand in The Handmaid’s Tale, welcomed a baby girl in 2021, whom she named “George”, confusing many people. However, when asked about it, she simply expressed a fondness for the name, as well as pointing out that George was apparently a feminine name in the past.

RELATED: Mark Wahlberg Admits He Has ‘No Authority’ Over His 18-Year-Old Daughter – Why It Works

The name is now overtly masculine, to the point where one of the most famous instances of a woman using a masculine pseudonym in a misogynistic field was writer George Eliot. Out of all the recent celebrity babies with quirky names, Wiley’s daughter has arguably the most shocking one of them all. “George” is already a rare name among contemporary young boys, so giving it to a daughter is an even bolder decision.

Another particularly unique case among celebrities is Kelsey Grammer. Despite having fathered six children, Grammer did not establish a pattern like Knoxville when naming his kids. However, two of his daughters, Spencer and Mason, not only have unconventional names for women, but names that are never even considered to begin with when it comes to unisex baby names.

This is fitting, considering Grammer decided to go by his very gender-neutral middle name for his professional career. “Spencer” and “Mason” are far from the most popular names even for boys, adding a layer of uniqueness to the Grammer sisters’ identities. Sure, they are not recent examples due to being adults, but it is safe to say their media presence opened some minds regarding gendered names.

The Case for the Importance of Gender-Neutral Celebrity Baby Names

These names are just some examples among many. Of course, one cannot rely on the eccentricities of celebrities to determine a newfound cultural pattern, but these people are still public figures. Despite the frequent, and often legitimate, accusations of performativity, pop culture and celebrities still have an impact on society. After all, “Elsa” and “Khaleesi” did not become popular baby names out of the blue. If infamous celebrity baby names are now a way to experiment with gender neutral names, then this practice might actually make society examine its relationship with gendering names, maybe for the better.

Having a name that society deems incompatible with your gender has been a source of angst and mockery. Johnny Cash’s own “A Boy Named Sue” and its long-lasting impact on pop culture speak volumes of the importance of a fitting name. Once again, a famous person’s decision is just as likely to being performative as the chances of it actually having an impact. If this trend results into societal changes, it also seems like girls will be the main carriers of gender-neutral names instead of baby boys. There is no way to predict the future, but the degendering of certain names is likely to permeate.