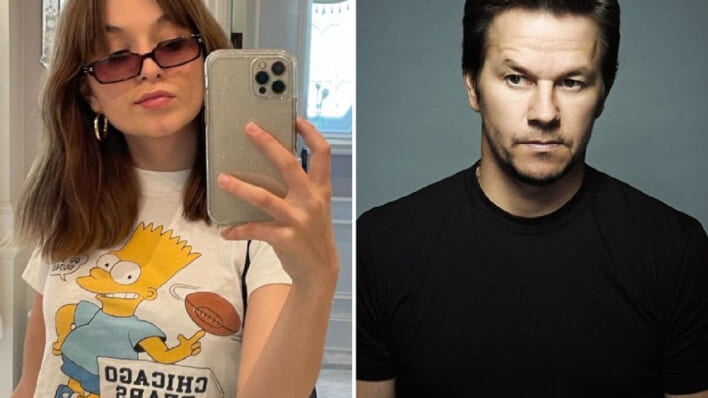 Father of four, Mark Wahlberg, clearly takes parenting seriously. His strategy for raising his teens can be a lesson to any parents out there.
By Jenna Pearl    September 2, 2022

Father of four, Mark Wahlberg, clearly takes parenting seriously. His strategy for raising his teens can be a lesson to any parents out there.

Let’s face it, being a parent is tough. In the era of Helicopter Parenting, it can be refreshing to hear that some parents still trust their kids to make good decisions for themselves. This is the case for Mark Wahlberg, whose strategy for fatherhood seems to be anything but smothering.

A father of four, Wahlberg has been vocal about his life as a dad – most recently on Live! With Kelly and Ryan. As his eldest daughter is gearing up to move away for college, Wahlberg mused on his secrets to parenting success.

Wahlberg has many traits that he hopes to pass on to his four children, his work ethic and his commitment to his faith topping that list. Luckily he understands that telling kids what to do doesn’t always succeed in instilling values into them. Instead, Wahlberg told The Father Hood that he tries to set a good example for his kids.

“I think the most important thing is to be an example. For me, that is my work ethic that I have, the kind of focus that I have, my faith, what I have with my family, as well as my profession and the other businesses that I’m involved with.”

One way he sets an example for his kids is to go to church every Sunday – something he doesn’t expect them to do, but that he does religiously (pun intended.)

“I don’t force them to go to church with me, but I make sure that I’m going no matter what, no matter what’s going on, I have to go. And I have to start my day reading and then in prayer. And so hopefully they’ll see that those things work for me and that dad became successful because he was willing to work harder than everybody else. And if I can give them that, then they’re good.”

Raising a teenager is a daunting task for anyone – and Wahlberg has three! He recently opened up to Kelly Ripa and Ryan Seacrest on Live! With Kelly and Ryan about the new challenges of raising his eldest: daughter Ella Rae.

Of Wahlberg’s four children, 18-year-old Ella Rae will be the first to leave the nest. She’s finishing high school soon, and she and her father are now looking at different colleges.

“She’s picking the most random places — San Diego State, Clemson — so we’re going to go to all these places,” Wahlberg said.

“My 18-year-old, now I literally have no authority over her until she realizes she needs me financially,” Wahlberg said. “She’s doing tattoos and all this stuff but she’s now really focused on academics, which is great. It took her a while to get there.”

Kelly Ripa, who has already seen three of her own children go off to college, offered Wahlberg a piece of advice, “Don’t say a word. Do you hear me? You don’t say a word.”

“If you think whatever school is the best place, you shut it,” Ripa continued. “Because you will talk them right out of that school.”

Wahlberg joked that keeping quiet is his preferred tactic when dealing with Ella Rae and his wife, Rhea Durham. But Wahlberg isn’t silent about everything. He’s publicly spoken about Ella Rae’s boyfriend – someone Wahlberg not only approves of, but actively spends time with.

Wahlberg even shared a photo of the young couple on Instagram to celebrate their one-year anniversary. The caption read, “Happy 1 year anniversary Ella and James. I’m so happy for you guys! I couldn’t be more proud of you Ella!! I love you guys.”

In another post, he even mused on the irony that he used to “work out to keep the boys away from my girls,” and now he works out with Ella’s boyfriend.

The Importance of Authoritative Parenting

According to developmental psychologist Diana Baumrind, and Stanford researchers Eleanor Maccoby and John Martin, there are four main styles of parenting: permissive, authoritarian, neglectful, and authoritative.

By all accounts, parents should aim to be authoritative: openly communicative, responsive to their children’s needs, and setting clear boundaries and rules with their kids. Of the four main parenting styles authoritative parenting tends to produce the most confident, well-adjusted kids long-term.

And from what we can see, Wahlberg is an authoritative parent. He’s setting a clear example of the behavior he expects from his kids while being supportive of their individual choices (like where to go to college, or who to date.)

When we hear about celebrity parenting, it’s often through the lens of the drama of having a famous parent, or else the bizarre choices of an out-of-touch celebrity. It’s refreshing to hear that, actually, some celebrities are just grounded, normal parents – something we can all aspire to be.

Who Are Justin Bieber’s Parents and What Did He Really Learn from Them?