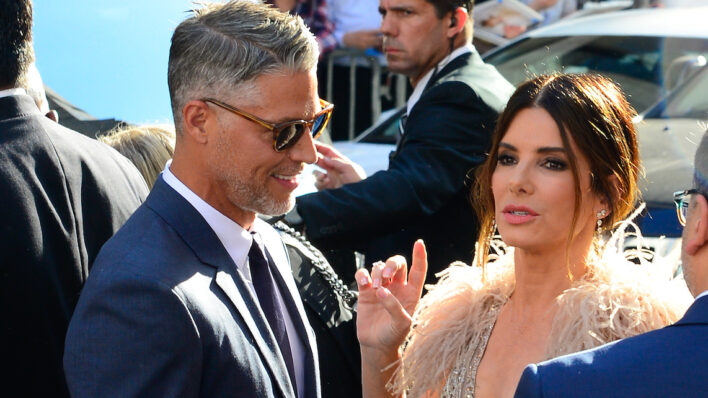 Why Is Sandra Bullock and Boyfriend Bryan Randall’s Co-Parenting Style So Unique?

Sandra Bullock and Bryan Randall have three children altogether, two adopted from Bullock and a daughter from Randall’s previous relationship. The couple has certainly had to make sacrifices for their co-parenting technique to be successful. What makes their parenting style so unique, and what does it say about the couple’s relationship?
By Bianca Mercuri    August 8, 2022

Sandra Bullock and Bryan Randall have three children altogether, two adopted from Bullock and a daughter from Randall’s previous relationship. The couple has certainly had to make sacrifices for their co-parenting technique to be successful. What makes their parenting style so unique, and what does it say about the couple’s relationship?

Sandra Bullock is an Academy Award-winning actress, known for leading roles in films such as The Blind Side, The Proposal, Miss Congeniality, Bird Box, and Gravity. Her household name recognition speaks volumes of her talent and extensive career but being in the limelight for so long has its disadvantages.

In a recent sit-down with The Hollywood Reporter, Bullock mentioned taking some time off acting to focus on her family. “I’m so burnt out,” she said, “I don’t want to be beholden to anyone’s schedule other than my own.”

Bullock’s journey to parenthood has been turbulent, but it seems that she’s found comfort in the blended family that she now shares with her boyfriend Bryan Randall.

RELATED: What Sandra Bullock’s Relationship With Bryan Randall Tells Us About Second Chances

Between being an adoptive mom and a stepparent, Bullock and Randall have their hands full. Parenting techniques are unique to everyone, including these two who have admitted to having very different styles and approaches. How has their relationship evolved into the family we see today, and what can we conclude about how they’ve chosen to co-parent their children?

Sandra Bullock split from her ex-husband Jesse James in 2010. The couple was originally planning on adopting Louis as a couple. After the marriage failed, Bullock decided to continue with the newborn’s adoption as a single parent. In 2015, she fostered her daughter Laila who suffered trauma previously. On an episode of Red Table Talk with Jada Pinkett, Bullock opened up about having to take parenting classes on caring for a child with trauma before bringing Laila home.

2015 was a significant year for Bullock as it was also the year that she began dating her photographer boyfriend Bryan Randall. In September of that same year, Randall moved into Bullock’s home after less than a year together. Randall had a daughter of his own from a previous relationship named Skylar, so this big move meant it was the first step towards merging their two unique families into one.

Shifting from being a single parent to co-parenting isn’t an easy feat for anyone, especially for someone doing it all in the spotlight. But Bullock feels lucky to have done it with Randall. “He’s the example that I would want my children to have,” Bullock said on Pinkett’s Red Table Talk, “I have a partner who’s very Christian and there are two different ways of looking at things. I don’t always agree with him, and he doesn’t always agree with me. But he is an example even when I don’t agree with him… we’re saying it differently, but we mean the exact same thing.”

While the two may have completely different styles of parenting, their values at the core are the same and to Bullock, that’s what matters the most. Their devotion to their kids is a priority that they both have, a commonality that trumps small disagreements.

What Bullock describes is having their children’s best interests at heart but expressing them in different ways. This style of co-parenting may not be ideal for everyone as it requires cooperation, patience, and compromise. Bullock and Randall seem to have created a system that works for them, and it’s amazing to see how their family has thrived in the last seven years.

Betty White was beloved by the public throughout her time on-screen. But the Golden Girls actress was admired first and foremost by co-star Sandra Bullock. In fact, White’s journey with not having biological children is what inspired Bullock to adopt for herself.

White sat down with Katie Couric to talk about never having kids. When asked if she were sorry she never had children of her own, White had a lot to say. “No, I’ve never regretted it.” She told Couric, “But I didn’t choose to have children because I’m focused on my career. And I just don’t think as compulsive as I am, that I could manage both.”

Bullock had never had biological children herself but was a stepmom in her previous marriage, and now again in her current relationship along with now having two children. She found many similarities between her and White’s lives. White’s experience with loving children as her own even though they were not biologically hers inspired Bullock to do the same and share her parental love in the form of adoption.

Bullock, like White, focused on her career for a long time, putting her desire for children of her own on the back burner. With time, she shifted her purpose and is now the proud parent of Louis, Laila, and Skylar. Beyond that, Bullock wants to put a hold on acting for the time being so she can pour her energy into her family.

Parenting is a unique experience for every single person. Every couple or individual who has children will adopt different styles and techniques based on their environment, previous experiences, and current situations. Keeping this in mind, it’s important to respect the choices that parents make on behalf of their children as long as it’s made in the best interest of that child.

RELATED: Sandra Bullock: A Lot of Time I Couldn’t Get Back

Hollywood parents have been criticized over time for putting their careers above their children, allowing them to be raised by live-in nannies, other family members, or other forms of childcare assistance. They’ve also been scrutinized for exposing their children online and the toxicity that comes from it. But, if we look closer at the children of celebrities, we can see that many are much humbler than we’d like to admit. It’s not in our nature to think that celebrities have the time or capacity to raise good kids, but the reality is that they can and most have.

Bullock and Randall have done exactly that. They’ve balanced their careers in a way that allows them to be the parents they want to be. When necessary, they’ve taken breaks to focus on their family. And above all, they’ve made the well-being of their children their first concern, which is what we expect of any parent – famous or not.