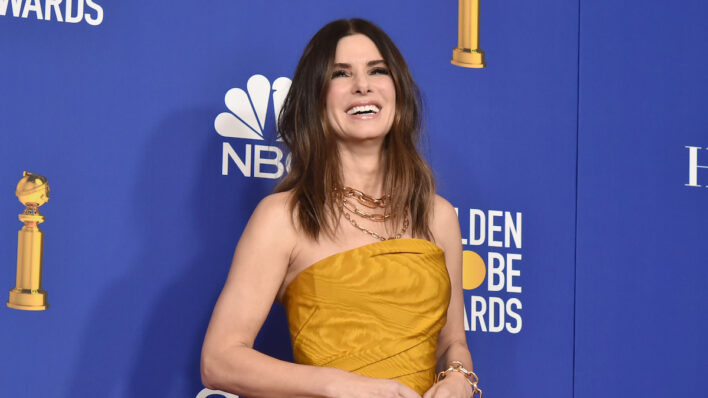 When the actress was struggling to be a mother to two adopted children, Bryan’s presence by her side made a huge difference.
By Shaoni Das    February 3, 2022

When the actress was struggling to be a mother to two adopted children, Bryan’s presence by her side made a huge difference.

It’s safe to say that Sandra Bullock hasn’t always had the best luck with romance. Yes, she’s a beloved Oscar-winning actress with numerous accolades and multimillion-dollar movies to her name, but a scintillating career spanning nearly thirty years doesn’t equate to a fulfilling love life behind the scenes.

Her first and only marriage with motorcyclist and reality television personality Jesse James went up in flames in March 2010 when numerous women came forward to reveal they had had illicit affairs with Jesse while he was married. It was an explosive scandal that staggered the actress and obliterated her marriage.

Over the last decade or so, Sandra has been tight-lipped about her romantic adventures, and rightfully so. She went through an incredibly public and distressing heartbreak, an experience that shatters you for years on end. You would be inclined to keep quiet about your personal matters, too. Still, Sandra didn’t want to let the split impact her journey through motherhood; she mustered the courage to go through with the adoption of her son, Louis Bardo Bullock, amid the divorce and welcomed her second child, Laila Bullock, a few years later.

RELATED: How To Handle Emotional Cheating In A Relationship

Finally, when the time was right, she decided to open her heart up to someone new. Sandra Bullock and Bryan Randall have been in a relationship since 2015. The two are very happy together, and we can learn a lot from her experience.

According to the Daily Mail, Bryan and his former girlfriend Janine Staten had their daughter, Skylar Staten Randall, at a young age while they were both suffering from substance abuse. Bryan reportedly went to rehab when his girlfriend was pregnant with Skylar and refused to involve himself in his daughter’s early life when he left the program. His girlfriend subsequently sued him for not paying child support.

When Skylar’s mother died from a heroin overdose in 2007, Bryan was forced to clean up his act and become the reliable, financially stable dad his daughter needed him to be. Full-time fatherhood is not a walk in the park, but ultimately, the opportunity enabled Bryan to prioritize family over his vices and exorcise his demons. Friends say he hasn’t touched any drugs in the last fifteen years and is completely devoted to the family setting he has established with Sandra. Prior to dating Sandra Bullock, Bryan Randall was in a relationship with Paris St. John.

While you may not recognize him as easily as you do Sandra Bullock, Bryan has done quite well for himself. Bryan Randall is a professional photographer with his own company, Bryan Randall Photography, specializing in outdoor and children’s photography. He is also a former model and has worked with multiple high end designers like Saint Laurent and Hugo Boss. He has been featured in Vogue Paris and even alongside Cindy Crawford for Harper’s Bazaar Singapore for their September 2011 issue.

Bryan Is The “Love Of Her Life,” And They Make The Perfect Parenting Team

What’s so spectacular about Sandra and Bryan is how parenting has been the focus of their partnership since day one. Sandra had actually hired Bryan to take photos of her son Louis for his fifth birthday party, considering his specialty is in children’s portraiture. Sparks flew, and they decided to evolve their professional acquaintance into something far more intimate and meaningful.

RELATED: 7 Strategies for Surviving Toxic Relationships – and Thriving After

They’ve been together for nearly seven years, but Sandra has only spoken about him a handful of times. Clearly, she knows what she has with him is special and doesn’t want the media to impose themselves on the relationship as they had done with Jesse. Though a close friend of their’s did share that, “The kids adore Bryan and of course Sandra still pinches herself that she’s been so lucky finding Bryan.”

In a 2021 episode of Red Table Talk, Sandra finally opened up about Bryan’s presence in her life and how they’ve been raising a blended family. Sandra told them she’s found the love of her life and that sharing their children together is “the best thing ever.”

He Was A Beacon Of Support During Her Second Adoption, “The Right Human Being To Be There”

Sandra thinks so as well. When she was deliberating over the adoption of a second child, she said Bryan encouraged her. At that point, they knew they liked each other but weren’t so confident in building a future together. “His whole life had been unraveled because of me,” she said. “He was so happy but he was scared.” At the end of the day, the decision to adopt Laila was her own, but the way he accepted the changes astounded her.

[Bryan] was so happy, but he was scared [..] I’m a bulldozer. My life was already on the track, and here’s this beautiful human being who doesn’t want anything to do with my life but the right human being to be there.

The Heat star remembered how she announced her decision to him. “I said, ‘Remember that NDA you signed when you photographed my son? ’ I said, ‘You know, that still holds,’” said Sandra. When he asked why, she said she was bringing a child home in the next few weeks upon her return from Toronto. They hadn’t been “together that long,” but when you’re in love with someone, you have to get on board with the ups and downs of their life. The window of adjustment is relatively small, so it’s a matter of acclimating quickly and just taking every day as it comes.

Bryan’s role in Sandra’s life is a stark contrast to the one occupied by Jesse. In her first marriage, she fought tooth and nail to become a mother. She and Jesse embroiled themselves in a nasty custody battle with Jesse’s second ex-wife over his five-year-old daughter. Sandra paid for the legal fees herself and had wanted nothing more than to create a beautiful, loving future with Jesse. She went so far as sacrificing the chance to become a mother just so Jesse could have a relationship with his daughter.

He disappointed her on all fronts, and she had to pursue a different route to experience motherhood. Thankfully, adoption was the solution and it enriched her life in ways she couldn’t have imagined.

[Bryan’] a saint. He is evolved on a level that is not human […] He’s the example that I would want my children to have.

It’s futile to fixate on hypothetical scenarios; what matters is how Bryan and Sandra are doing everything she hadn’t been able to do with Jesse. Bryan is the type of person she would gladly have her children follow as an example. Even when the two get into disagreements, they maintain integrity in their actions and demonstrate kindness at each and every turn.

Sometimes, we have to look back at the past and be thankful for the timing. As excruciatingly difficult as the heartbreak and the divorce had been, Sandra was fortunate to get away from Jesse when she did. Bryan was there for her when she needed someone; he was the understanding, patient, and wise father figure her children needed. He is able to bring something to the table Jesse would have never been able to.

Instead of feeling sorry about the past, we need to acknowledge how essential it is in helping us grow. It brings us to a point where we are wiser, more attuned to what we want, and more thoughtful in general. Timing is what seals the deal and we need to take a moment to appreciate the timeline that leads to both the good and the bad.

be brave enough to love again
Moving on from heartbreak is not easy. The key is to allow yourself to be vulnerable again, when you’re ready.