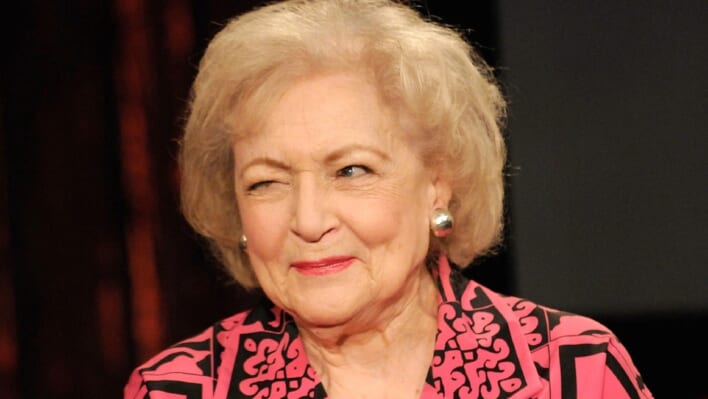 Betty White had her reasons for not having children and she had no regrets about her decision. She made her family her own way.
By Amy Lamare    August 11, 2022

Betty White had her reasons for not having children and she had no regrets about her decision. She made her family her own way.

Betty White is a beloved actress and comedian whose career spanned more than eight decades. She’s best known for her roles in The Mary Tyler Moore Show and The Golden Girls. She had her start in local programs on Los Angeles television stations in the 1950s and then became a staple as a game show panelist appearing on Password, What’s My Line, To Tell the Truth, Pyramid, and Match Game during the 1960s.

She had a huge breakthrough in the early 1970s when she was cast as “man-hungry” Sue Ann Nivens during the fourth season of The Mary Tyler Moore Show. White called this a career highlight and felt that the role was made for her. She became a regular on the show during the fifth season. Betty White won two back-to-back Emmy Awards for her role on The Mary Tyler Moore Show in 1975 and 1976.

From there, White went on to star in The Golden Girls as Rose Nylund, a naïve woman from St. Olaf, Minnesota. The show was the biggest hit of White’s long career. In her later years, she was a regular guest on several late-night television shows, did a stint on The Bold and the Beautiful, appeared in the 2009 Sandra Bullock – Ryan Reynolds movie The Proposal, and starred in TVLand’s Hot in Cleveland for the entire six-season run of the sitcom.

White passed away on December 31, 2021, at the age of 99. She was just 17 days shy of turning 100. Betty White had a long and distinguished career, a happy marriage, and many pet dogs she doted on but no biological children. She was asked many times why she didn’t have kids. Her answer might surprise and inspire you.

Why Did Betty White Never Have Children of Her Own?

Betty White appeared to have it all. She was successful, beloved, and loved. She had a long life, and happy marriage (her third), but people always wondered why she wasn’t also a mother. The answer to the question of does Betty White have children is hidden in her relationship history.

She met her first husband, Dick Barker while volunteering with the American Woman’s Voluntary Services during World War II. They married in 1945. Barker owned a chicken farm in Ohio and wanted to live a simple life on the farm. White was not interested in that and they divorced within a year of getting married.

In 1947, she married a Hollywood talent agent named Lane Allen. They divorced two years later because he wanted children and Betty did not. In a 2012 interview with CBS, White was asked if she ever regretted not having kids. “No, I’ve never regretted it. I’m so compulsive about stuff, I know if I had ever gotten pregnant, of course, that would have been my whole focus.”

She also admitted another, bigger reason why she didn’t have kids. “But I didn’t choose to have children because I’m focused on my career. And I just don’t think as compulsive as I am that I could manage both.”

Who Was Allen Ludden?

Betty White appeared on the game show Password in 1961 where she met the host, Allen Ludden. In an interview with the Archive of American Television she said she wasn’t looking for another marriage but when she and Ludden met, she said “We felt like we knew each other.” She said he had watched her on her television show Life of Elizabeth and he had watched her on some of his previous shows. A few weeks after they met, Allen Ludden’s wife died of cancer. He had three children that were 9, 10, and 13 at the time.

A few months after his wife died, White and Ludden were in Cape Cod appearing in a play together. During this time, White bonded with Ludden and his kids and he started asking her to marry him, which she didn’t take seriously at the time. After a year of Ludden asking White to marry him, he finally bought a ring and asked Betty to marry him properly. But she balked. He put it on a chain around his neck, confident that she’d eventually say yes.

On Easter Sunday 1963, Allen Ludden sent Betty White a stuffed white bunny with ruby, diamond, and sapphire earrings. She finally said yes to his proposal. They married on June 14, 1963, and White gained stepchildren.

White and Ludden were married until his death from stomach cancer in 1981. She stated many times that she’d never marry again and she didn’t. In a 2011 interview with Anderson Cooper he asked her why. She said, “I had the love of my life. If you’ve had the best, who needs the rest?”

When Betty White died on December 31, 2021, her last word was “Allen,” PageSix reported.

While Betty White never had kids of her own and didn’t regret it, by marrying Allen Ludden she gained three stepchildren, David Ludden, Martha Ludden, and Sarah Ludden. In an interview with People in 2009, Sandra Bullock recounted a conversation with White about being a stepmom. Bullock said, “Betty said, ‘You know what? I never had children biologically. I married someone who had three children. And how blessed I was to have those three stepchildren.’”

David Ludden is the firstborn of Allen Ludden and his late wife Margaret McGloin. He was born in 1948 and received his Ph.D. from the University of Pennsylvania. He worked as a history professor at his alma mater and also taught history at New York University, Closer Weekly reported.

Martha Ludden was born in 1950. When her father married Betty White, she was a teenager who’d just lost her mother to cancer two years previously. She was not happy with the marriage and her relationship with her father suffered as a result, Closer Weekly reported. Martha grew up to become an attorney.

Sarah Ludden was born in 1952. She had a great relationship with her stepmother and tried to be the middleman between her stepmother and Martha. Sarah was a dancer who transitioned to a career as a karate instructor. She opened up a small karate school with her partner Nancy Lanoue.

Who Are Betty White’s Heirs?

Betty White had a net worth of $75 million, according to Celebrity Net Worth. Her estate included a $5 million home in the Brentwood neighborhood of Los Angeles. The details of White’s will remain private. Technically, White’s stepchildren are not legal heirs automatically entitled to her estate.

At the time of her death, White had a golden retriever named Pontiac. She may have set up a pet trust to ensure he would go to the right person or place after she died.

By all appearances, Betty White had it all. A successful career, a happy marriage, friends, stepchildren, and a long life. White knew herself well enough to realize biological children of her own were not something she wanted. Her career was more important and there’s nothing wrong with that. In fact, it is refreshingly self-aware. 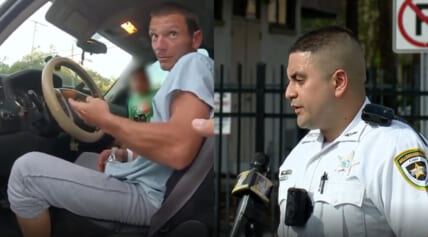 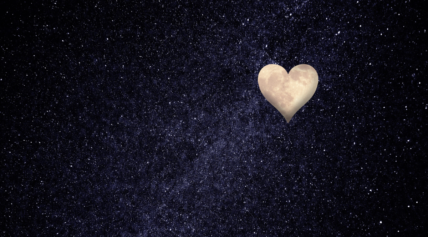 Do You Lack Desire For Romance? Maybe You’re An Aromantic Person Relationships
Follow Us Online
Motivation