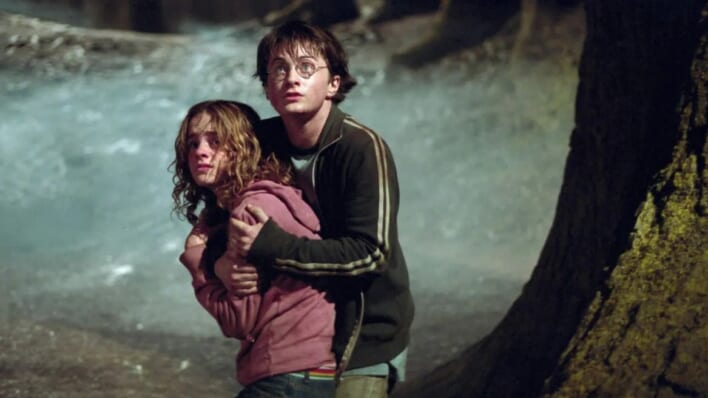 Newer Generations Are Critical of Harry Potter – Do They Know Something We Don’t?

Harry Potter and its global success have invited new criticism over the years. A new generation of readers are pointing out flaws in the series and how can they help educate and encourage children to use their judgment.
By Bianca Mercuri    August 4, 2022

Harry Potter and its global success have invited new criticism over the years. A new generation of readers are pointing out flaws in the series and how can they help educate and encourage children to use their judgment.

Harry Potter and The Philosopher’s Stone was the first novel of the series and was released 25 years ago in 1997. Since then, the series has taken off to unforeseen heights. Since all seven books were released, adaptations through film, video games, comics, school reading lists, and merchandise have flooded the shelves. If there’s a way to integrate Harry Potter into something, someone will find a way.

The Harry Potter fanbase is extremely large with dedicated fans ranging from 30 years old and over who grew up with the book releases to the newer generations who are reading it for the first time. While the books have stayed the same, our perspective as a society has not. This has caused the newer generation to view the series in a different light.

You may have heard controversies surrounding the author of the series, J.K. Rowling, and her transphobic comments. But did you know that the series has been criticized for its sometimes-questionable content? We’re talking about some dark nuances. Why are these controversies only brought to light now, years after the last film and book were released?

There are many problems with the books that have come to our attention in recent years. But the two that take center stage are discrimination and stereotyping.

If you’re thinking, “I never noticed any sort of discriminatory language”, that’s because it’s subtle, or was, only a few years ago. The way in which it’s integrated into the books is the reason they went undetected for so long.

The first instance that comes to mind with racist language is the goblins of Gringotts Bank. Many readers realized that the way goblins were described in the books was surprisingly anti-Semitic.

In both the books and movies, the goblins were described as having a hooked nose, short and unattractive. Throughout the series, the goblins were made to seem clever, but unfriendly. They are creatures who are more concerned about money in the bank than the people to whom the money belongs. Later in the series, we see goblins being portrayed as greedy and untrustworthy. The movies took these descriptions a step further with their on-screen depiction that is eerily similar to a Nazi propaganda poster.

RELATED: 100 Harry Potter Quotes that Will Put a Spell on your Thoughts

This is not the only nuance of anti-Semitism. In fact, the terms “mudblood” and “half-blood” seems to follow old charts the Nazis used to demonstrate Aryan or Jewish blood. If this wasn’t compelling enough, Lord Voldemort is partly based on Hitler. Rowling herself told the Dutch newspaper de Volkskrant that Voldemort was modeled after both Hitler and Stalin and that the Second World War influenced her.

But there’s more. In Harry Potter and the Philosopher’s Stone, Professor Quirrell is hiding Voldemort under a turban. This is disturbing as it mirrors the racist thought that someone wearing a turban is a bad or violent person and hiding something. This is the reality that many who choose to show their faith through religious head scarves have to face daily.

It would be wrong to talk about racism in Harry Potter without mentioning Cho Chang. The only Chinese character in the whole book is named Cho Chang. Not only is the name itself stereotypical, but it’s also a Korean name! For a prominent character in both Goblet of Fire and The Order of the Phoenix, it’s surprising that Rowling put such little thought into the character.

Is Harry Potter Encouraging Children to Take Up Witchcraft?

Harry Potter has gotten some serious flak for some of the descriptions of the occult. One example used to demonstrate a link to Satanic rituals is the fact that the series says that drinking the blood of a dead animal gives you power. In Goblet of Fire, it seemed that a satanic human sacrifice took place when Harry’s blood was used to give Voldemort new life. There was even a satirical article published in The Onion called Harry Potter Books Spark Rise In Satanism Among Children.

There is also the argument that Harry Potter encouraged children to participate in witchcraft. Many concerned parents and critics of the series claimed the book promoted witchcraft and occult ideologies. While some argued it posed a danger to children, many also explained that the books did preach Christian values such as loyalty, friendship, love, and the temptation of power.

“I absolutely did not start writing these books to encourage any child into witchcraft,” Rowling said in an interview with CNN “I’m laughing slightly because, to me, the idea is absurd. I have met thousands of children and not even one time has a child come up to me and said, ‘Ms. Rowling, I’m so glad I’ve read these books because now I want to be a witch’.”

While noting these criticisms, it’s important to think about whether it’s even possible to write a children’s fantasy novel without these characters. When it comes to children, the content they are exposed to will always be questioned. We can see this through book bans that continue to take place in 2022. While the intention is to protect children, we need to also question why we feel the need to protect children from what we deem as “dangerous”.

Rowling thinks we “underestimate children so hugely.” She’s been clear with her response to criticism. “They know it’s fiction. When people are arguing from that kind of standpoint, I don’t think reason works tremendously well. But I would be surprised if some of them had read the books at all.”

Every generation has found the Harry Potter series in one way or another, keeping the fanbase alive and well 25 years later. But unlike other generations, the new readers have become less tolerant of some of the book’s content and the controversies surrounding it. Between racist remarks, transphobic comments, and more, the new generation has found themselves in a weird purgatory of loving the books but not loving everything they, or Rowling, stand for.

The reveal of Dumbledore’s sexuality excited the queer community of Harry Potter fans and created a new hype around Fantastic Beasts and Where to Find Them, a Harry Potter spinoff that includes the romance of Dumbledore and Grindelwald. Even with advancements such as this, as well as Rowling admitting that Hermione could have easily been a black female lead, it’s not enough to offset the other problematic themes.

These controversies are being discussed more among young readers. While school boards have challenged these books on reading lists, it might be worthwhile to discuss them in the classroom and give children a constructive setting to talk about real issues.

As Rowling mentioned, children are severely underestimated for critical thinking skills and the ability to adapt and accept new ideas. Using these books as a framework for talking about World War II, or even when discussing religion can be a useful tool. Children relate to these novels because they see themselves in the main characters, using that to leverage our curriculum can be more helpful than harmful.